We survived Coachella! It had been on my bucket list for awhile so I was really excited to go. Cody and I both love music and love going to concerts so we decided to finally make the trip this year! There is a lot of things I learned from going and I wanted to share more of a “beginners guide” for going to the festival. I still would have been clueless on half of this stuff but we spent an hour talking to this kid who has gone 7 years in a row and gone both weekends every year. A true veteran! 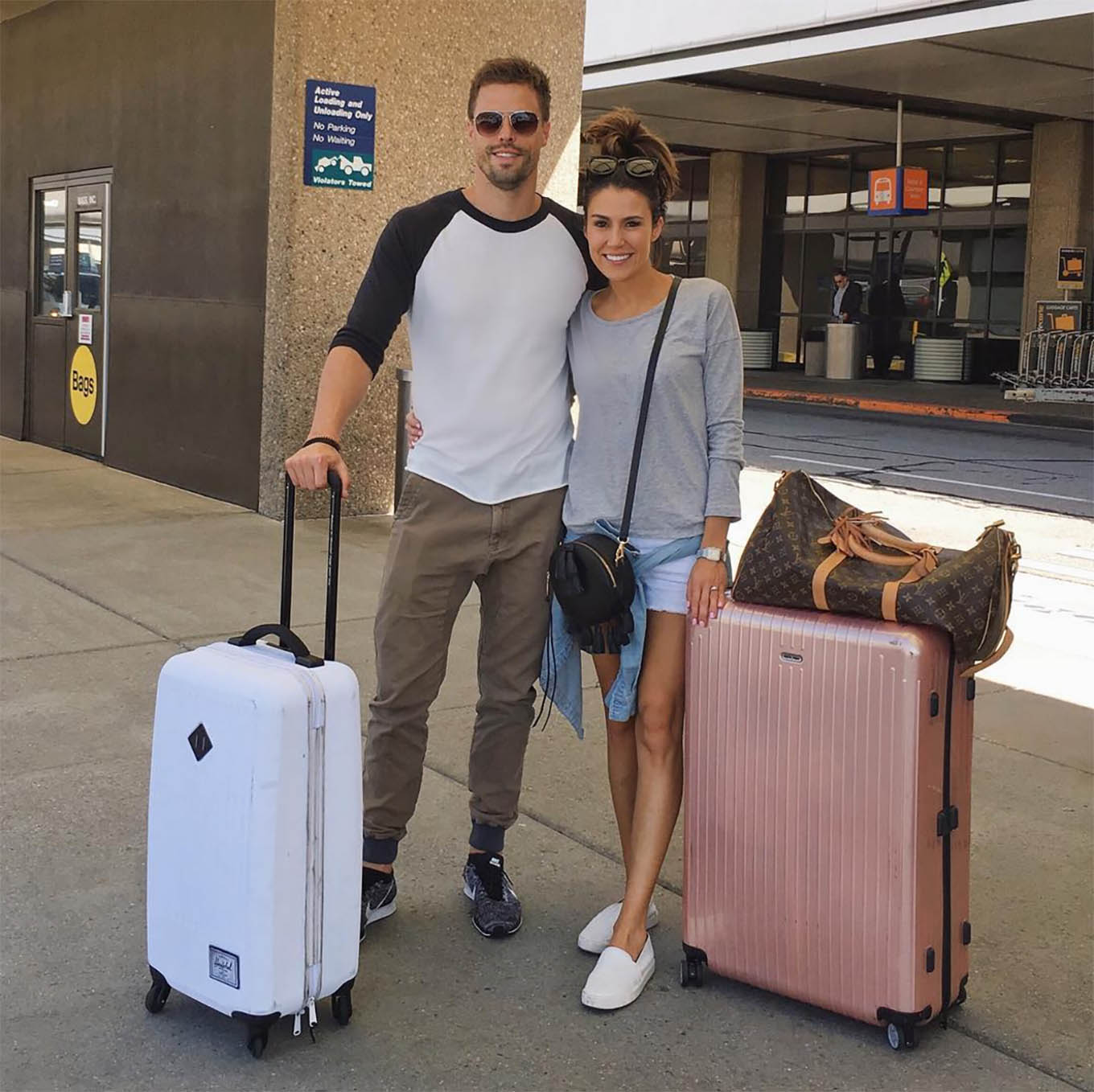 Coachella runs for two weekends. I had no idea the two weekends were any different. The first weekend is when most people go: more events, parties, celebs, and guest artists with the bands (i.e. Disclosure had Lorde and Sam Smith the first weekend and the second weekend we were there the guests were people I didn’t know) The second weekend is nice if you want a little more laid back experience. It’s still really crowded but you don’t have as long of lines and it’s easier to get closer to the stage. 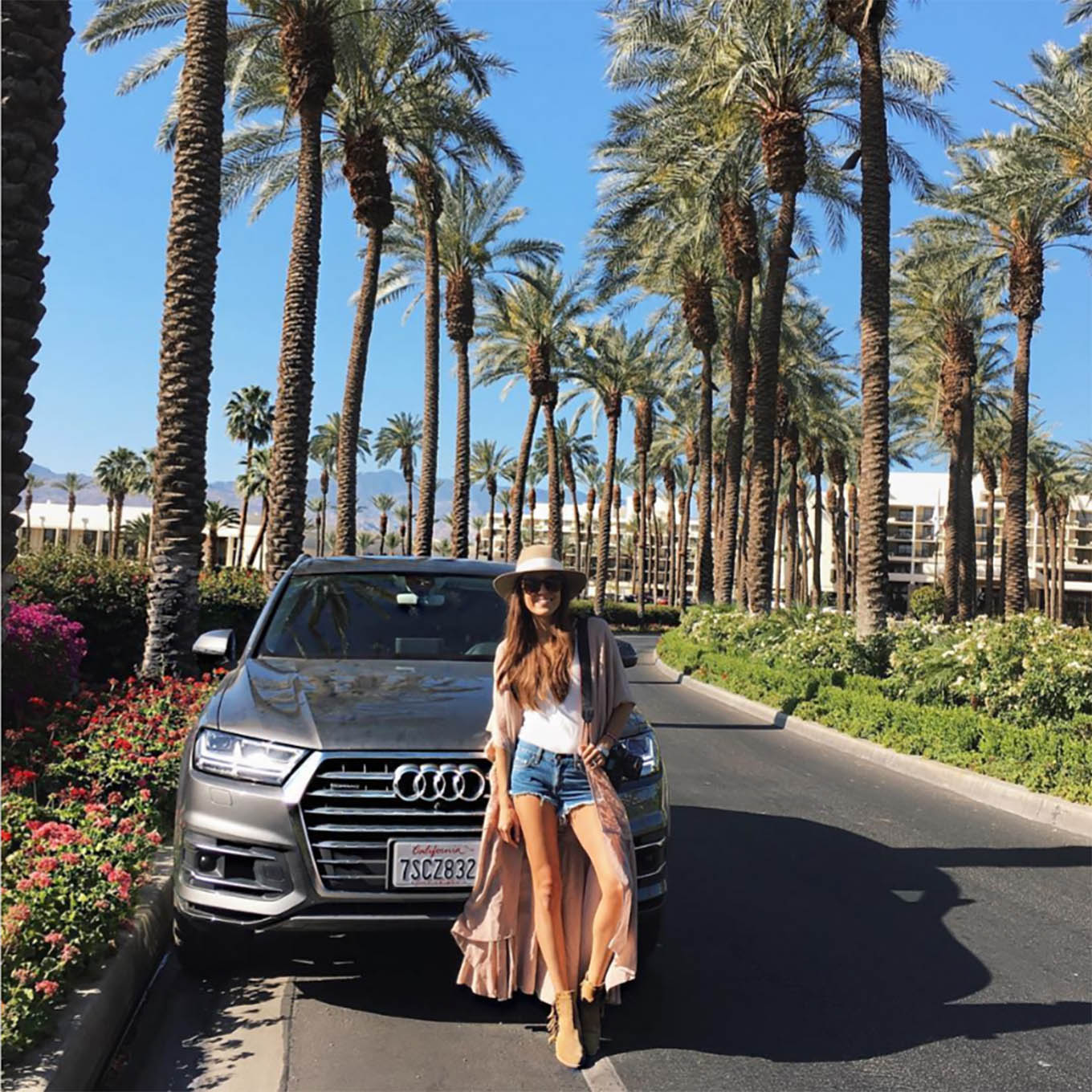 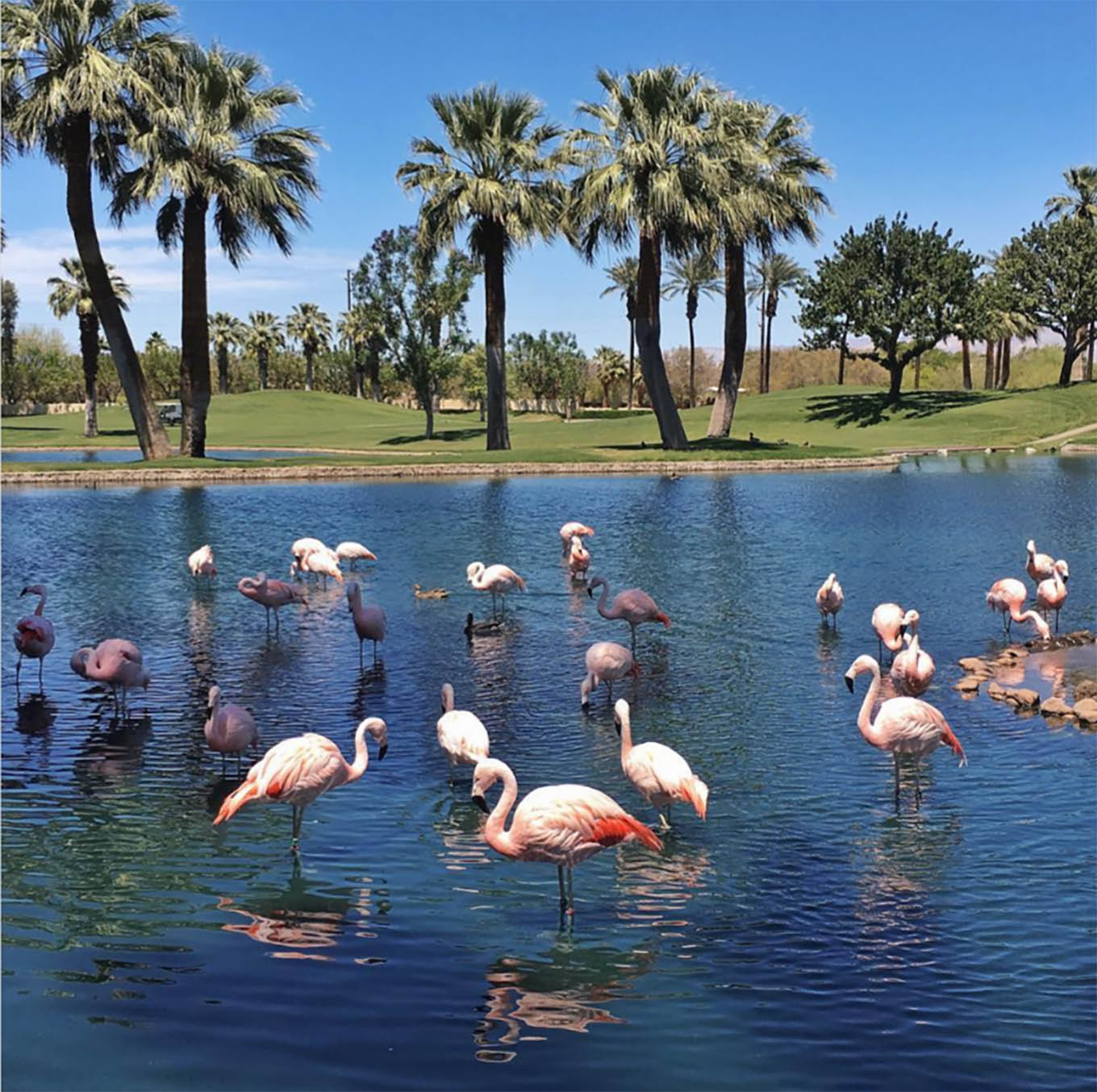 We booked our hotel about two months out. I had looked when we first got our tickets like 3-4 months ago and even in the month time I waited the rates went up like a hundred dollars a night. So as soon as you know you are going book your accommodations. One of my friends who also goes a lot said to get a good Airbnb you need to book like a year in advance. I kind of laughed when he first told me that but we tried to find a house before we got a hotel and it was slim pickings. You can also camp, the kid we talked to that’s gone every year said that’s what he always does. We stayed at the JW Mariott in Palm Desert. It’s about 20 minutes from Coachella. I had no idea when we booked but they have FLAMINGOS! I was so excited!! It was my first time seeing flamingos! 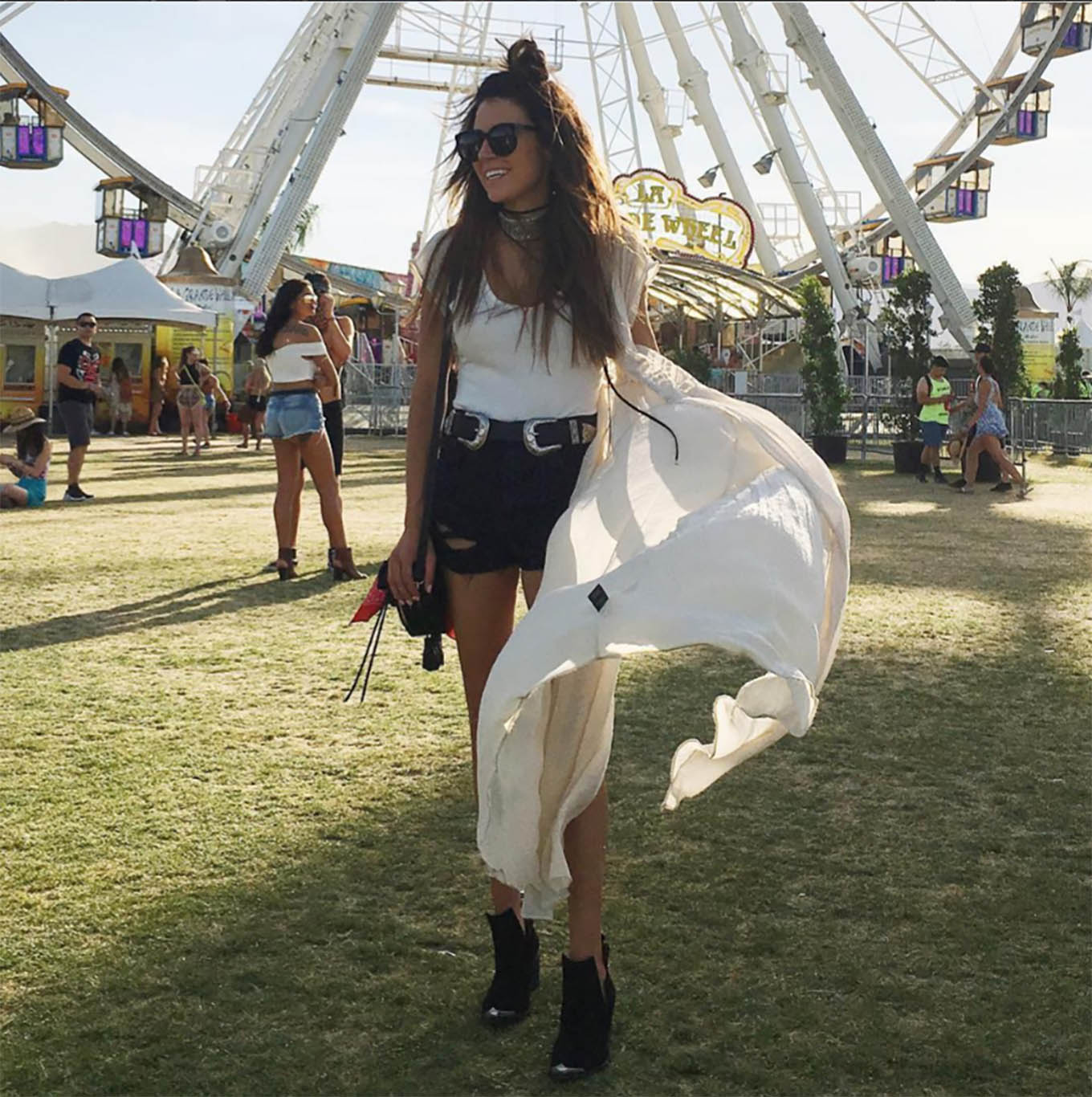 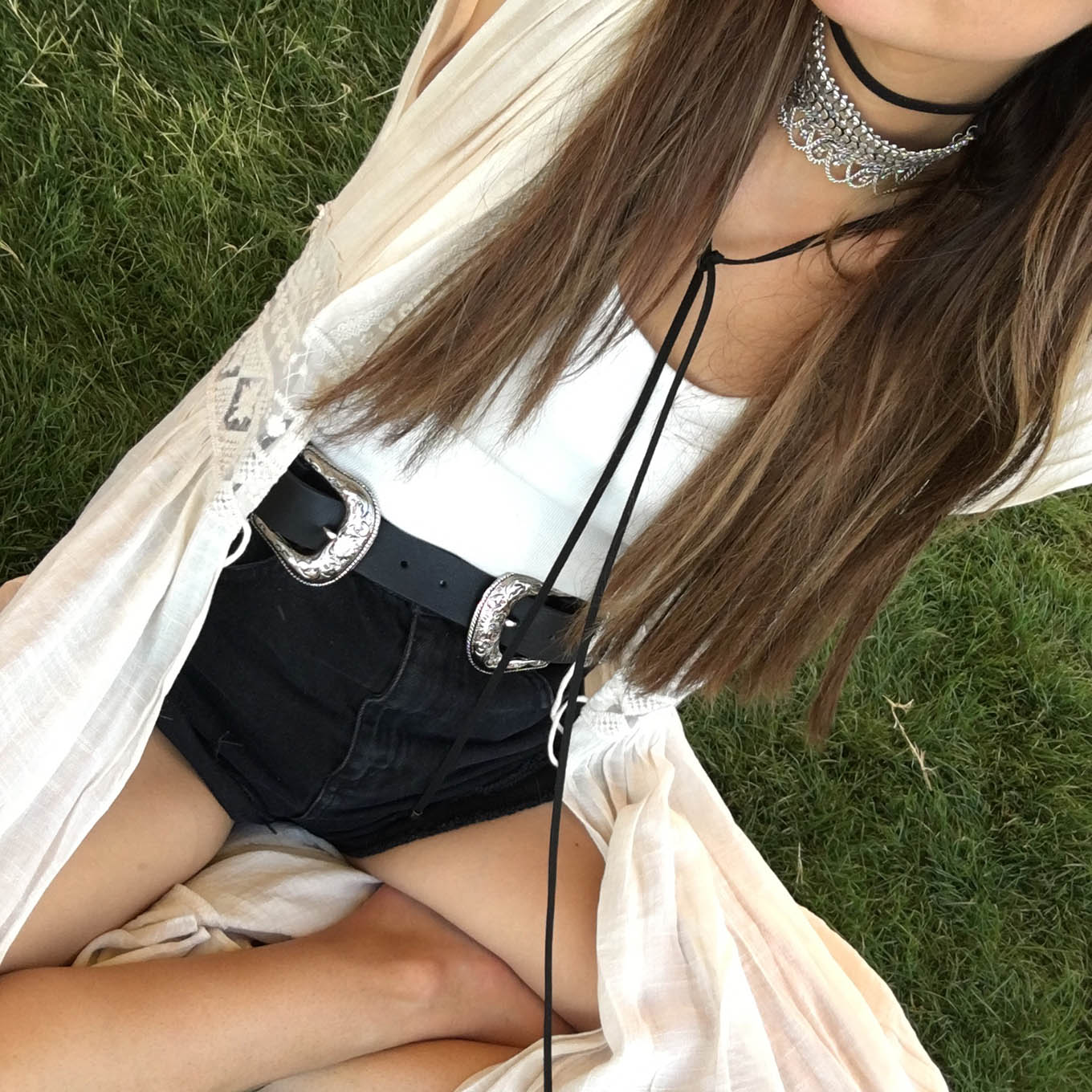 Make sure you plan at least 45 mins for parking and walking before your first show. We didn’t realize it was going to take so long to park and we literally were running to get to our first show because it was someone we really wanted to see (Years and Years). If you want to get close to the stage you need to show up at least 15 minutes before the show starts for day shows and 20-30 minutes for the evening ones. The evening shows are way busier! 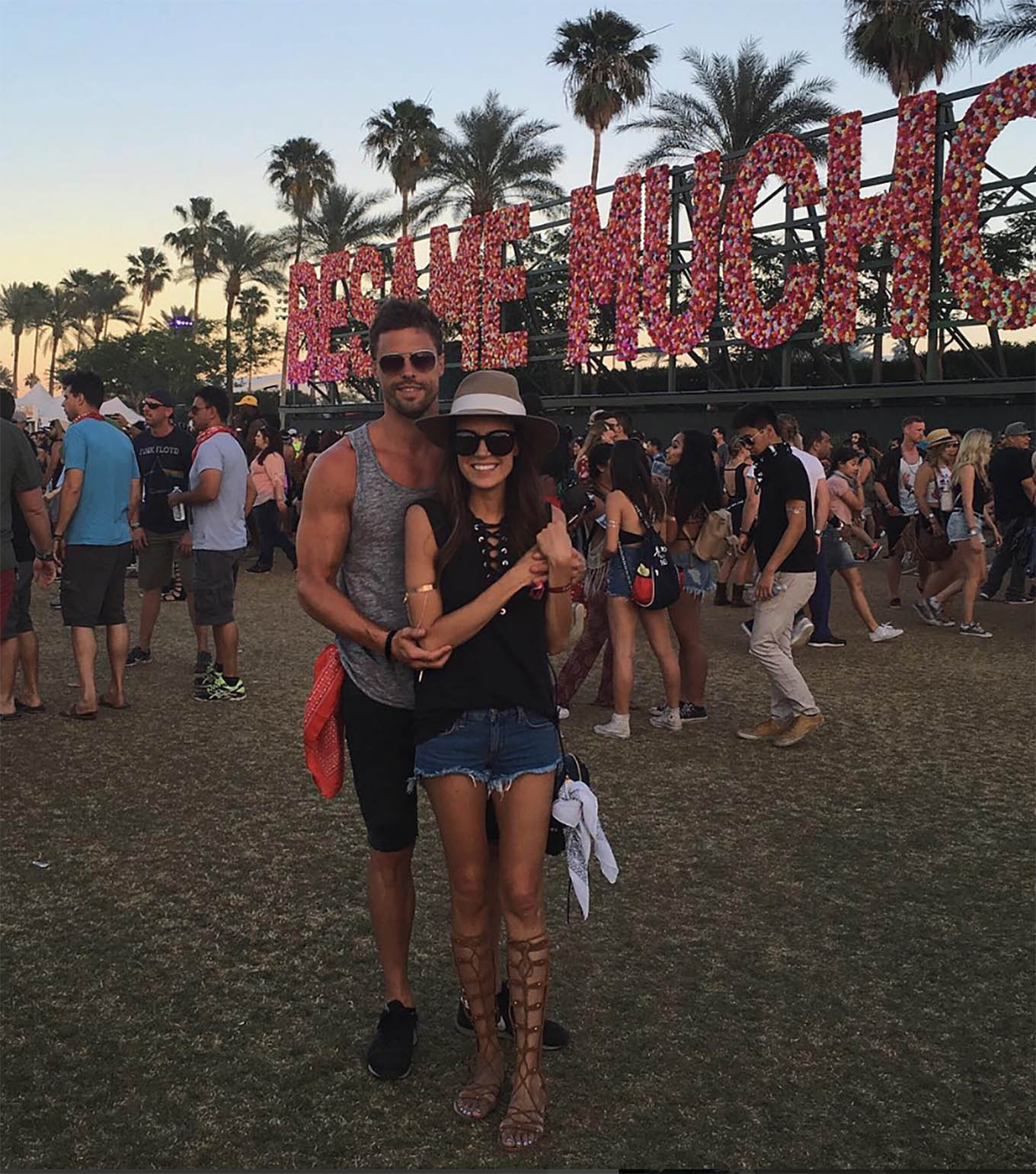 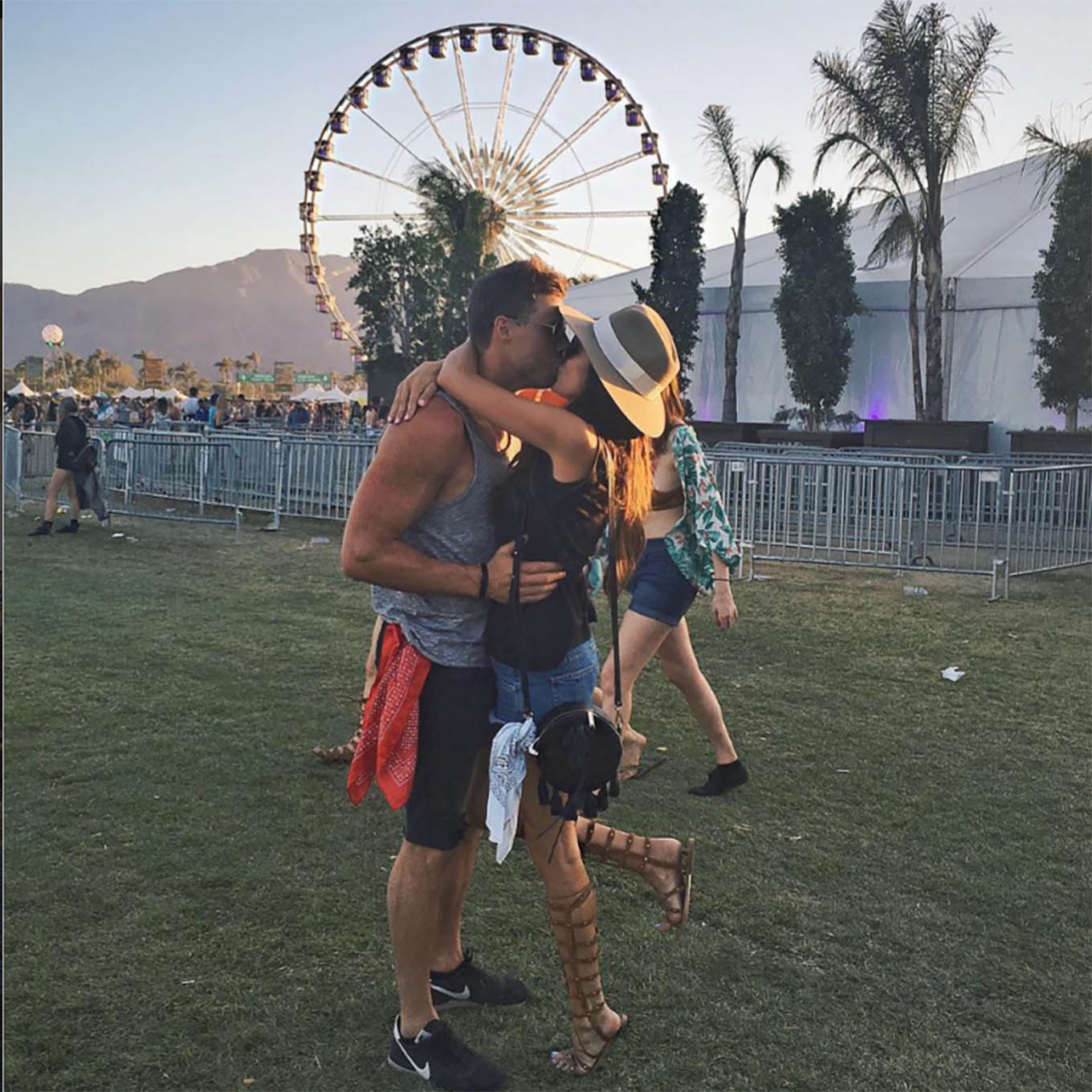 Use the Coachella app! It makes things so much easier putting your schedule together and seeing when bands play and wear. They also have lots of different lounges to hang out between events. We didn’t get to see all of them because we didn’t realize what they were until the last day. We saw a big tent with Heineken on it and the line was insane! We thought it was just the beer gardens are we were like dang I can’t believe people are waiting that long just to get a drink, we later found out it was an AC-ed lounge where guest artists came and played. I guess Kayne had gone and played and a bunch of other people.

The food is also really good at the event! The frozen lemonade and popsicles (get watermelon!) were our favorite, but all the food was really good. It is kind of pricey like a piece of pizza was $9 I think, but you kind of expect that being at an event. 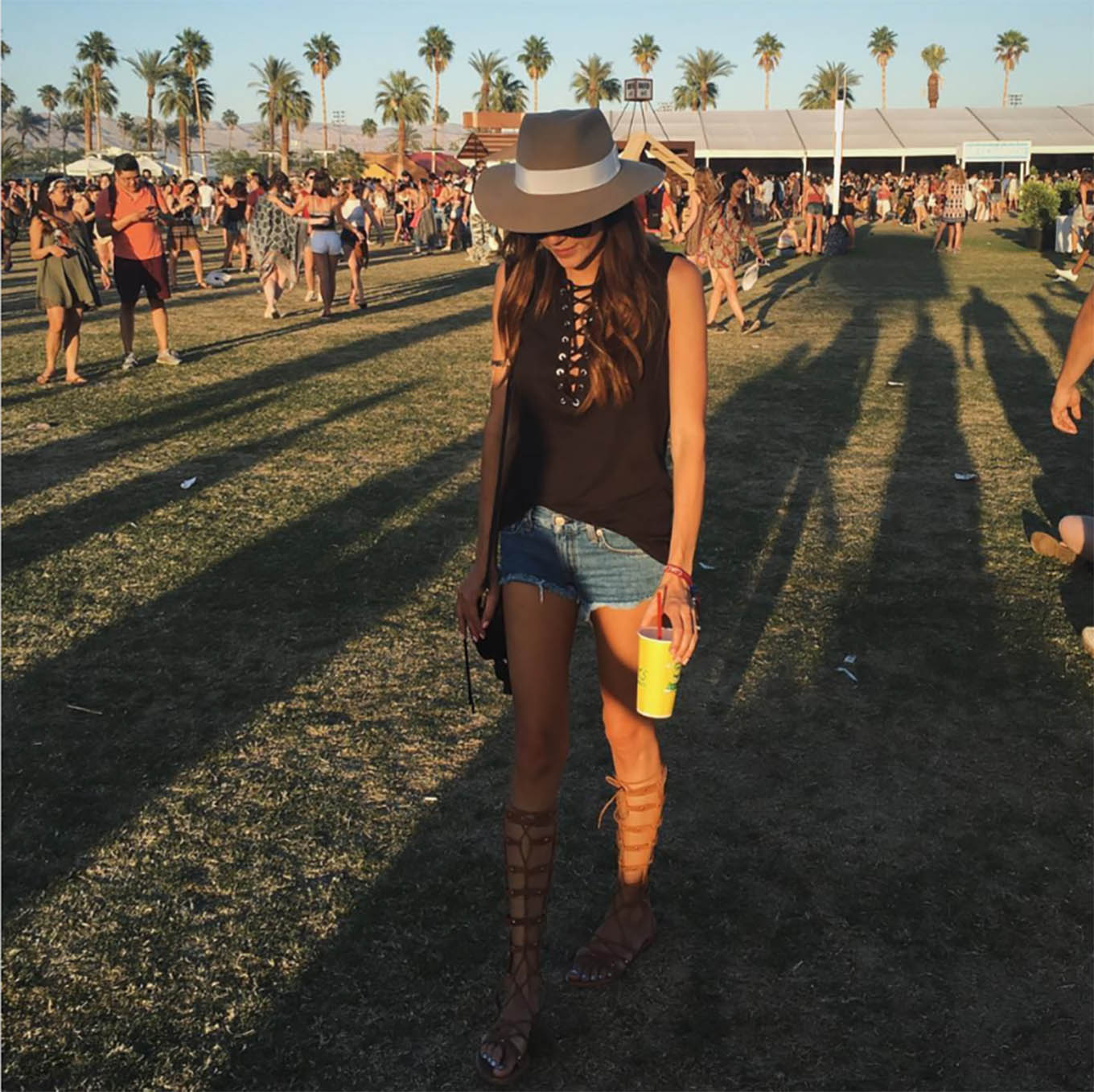 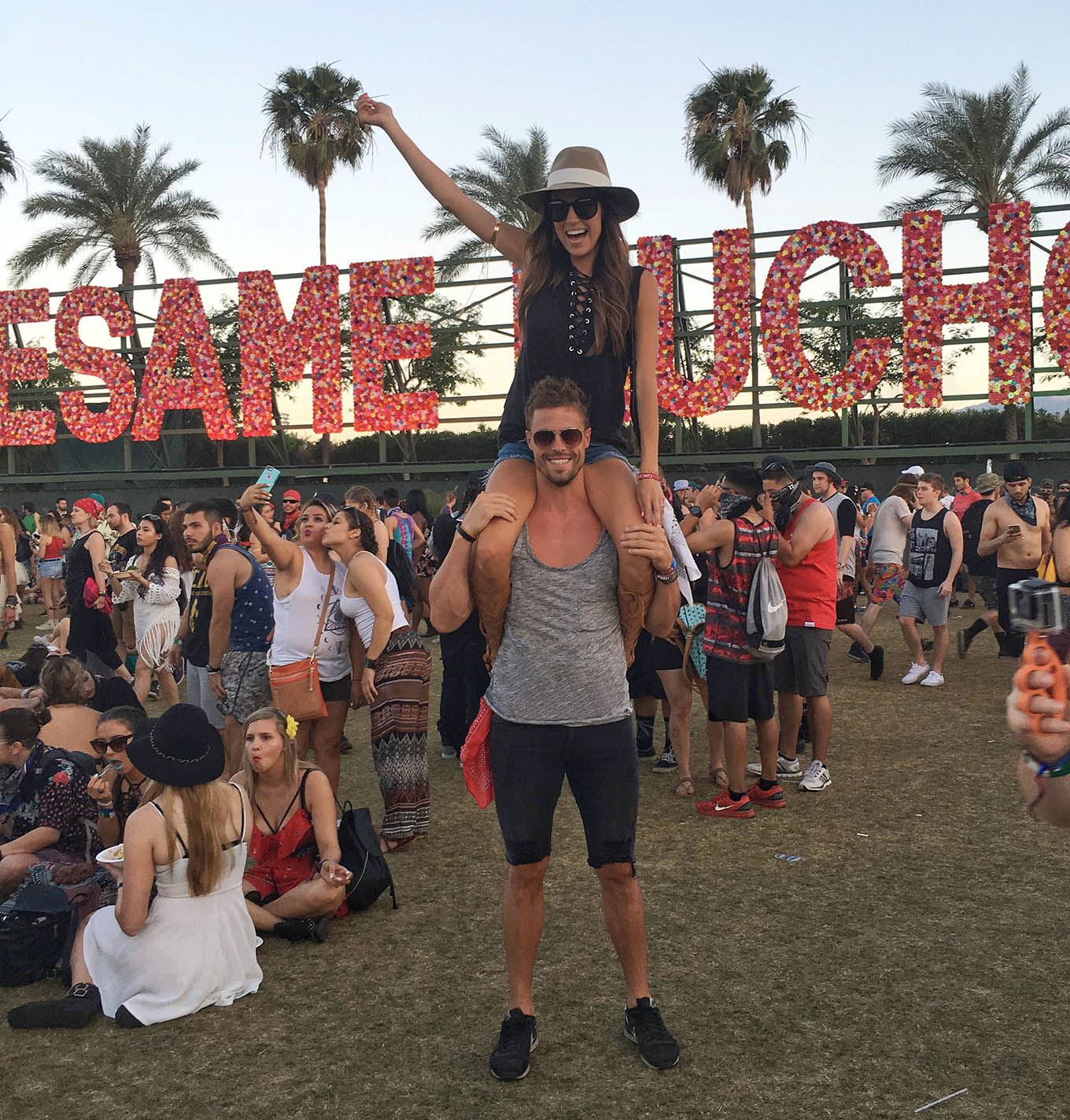 I thought I was being super smart packing flat/low heels boots. One of the pairs was new and I wore them around the house for an hour before we left and they didn’t hurt my feet at all. Well add 6 hours of walking I had the two worst blisters on two of my toes and I wanted to cry! Thankfully they had a general store you could buy bandaids, but I literally ended up going bare foot part of the night cause my feet hurt so bad. So gross I know! That being said – wear old shoes you know are comfortable, flats, or sandals. These gladiators worked great! 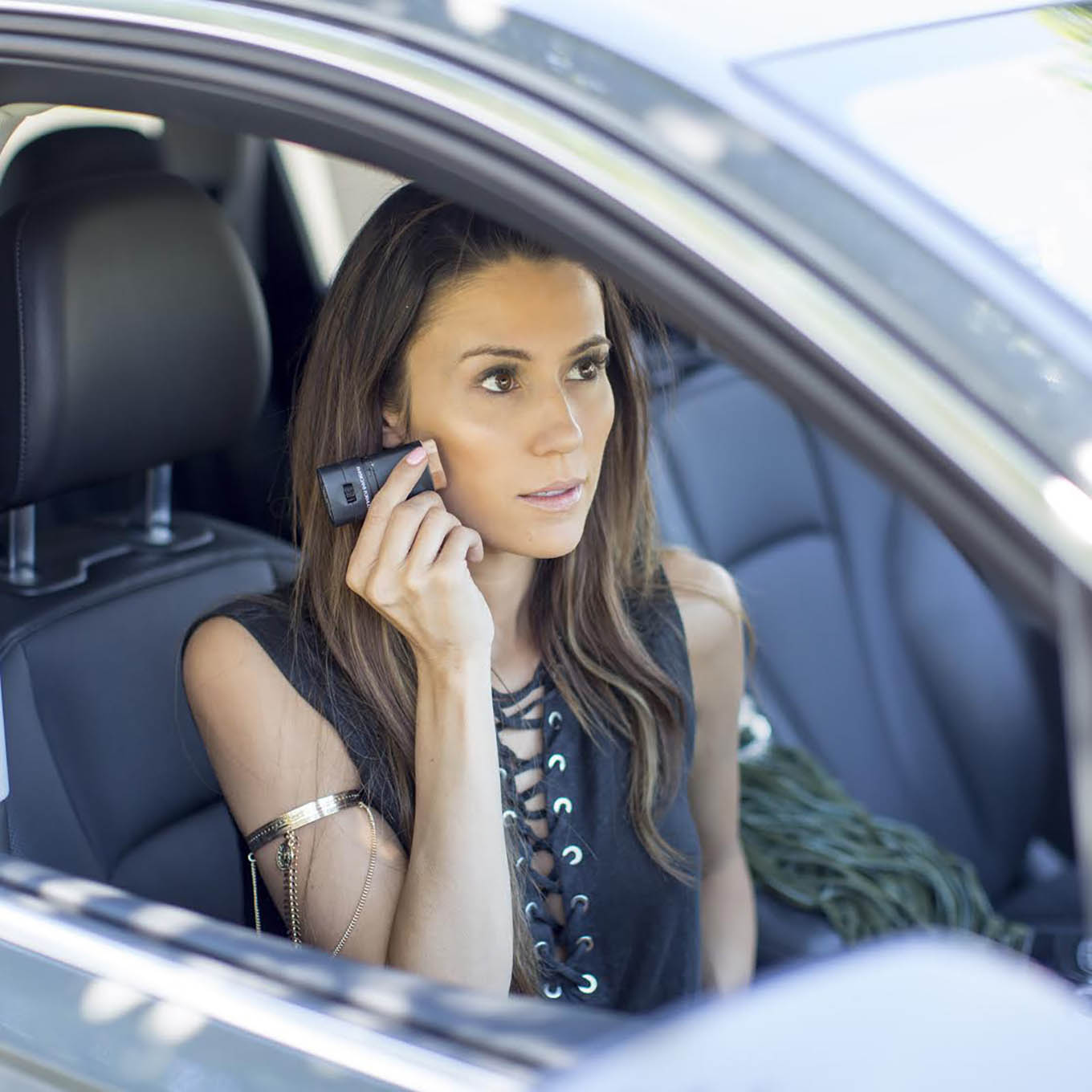 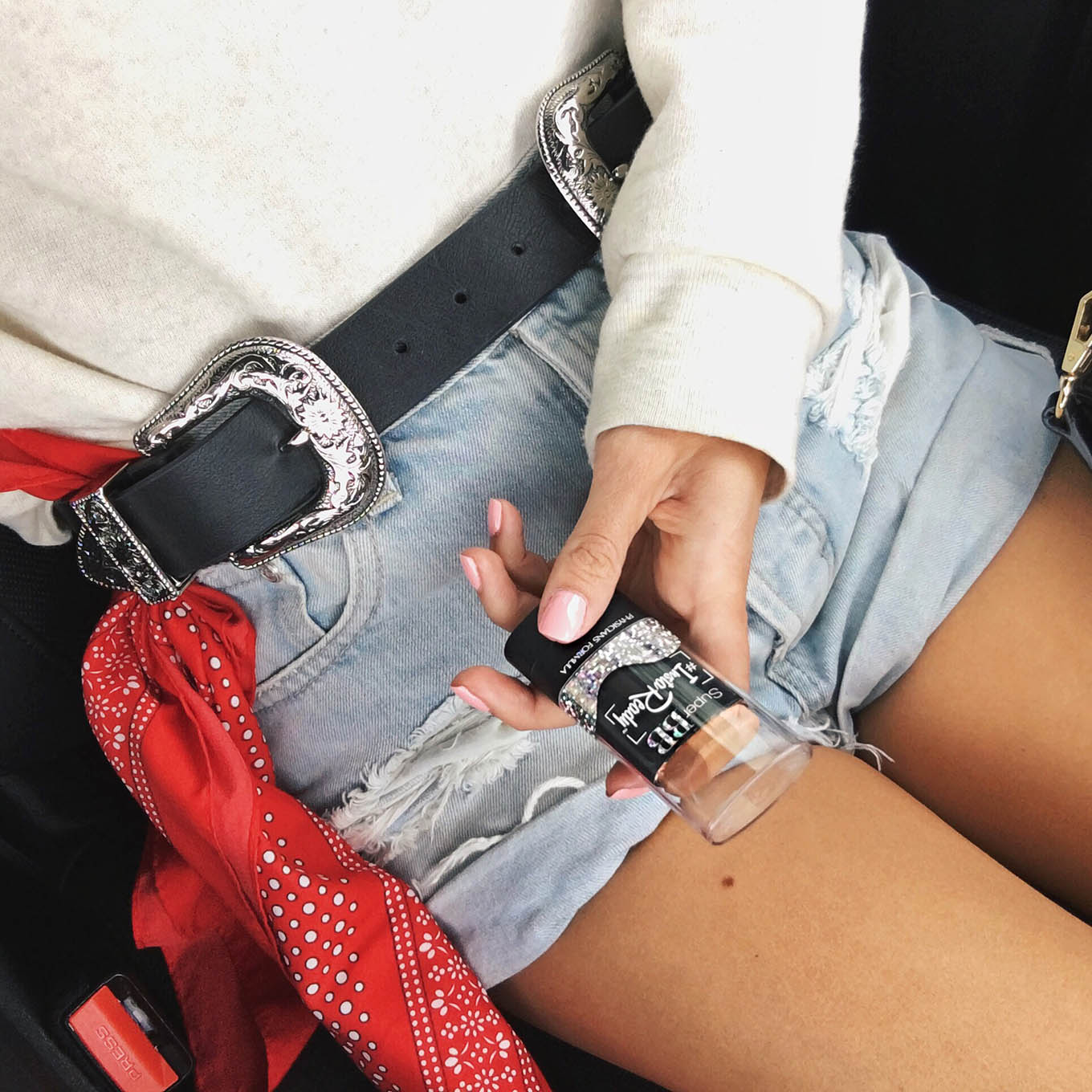 You guys have seen this contour stick on my snapchat a couple times. It’s genius especially for traveling or when you have to get ready on the go. It’s a highlighter and contour all in one! I just kept this in my purse for quick touch ups. 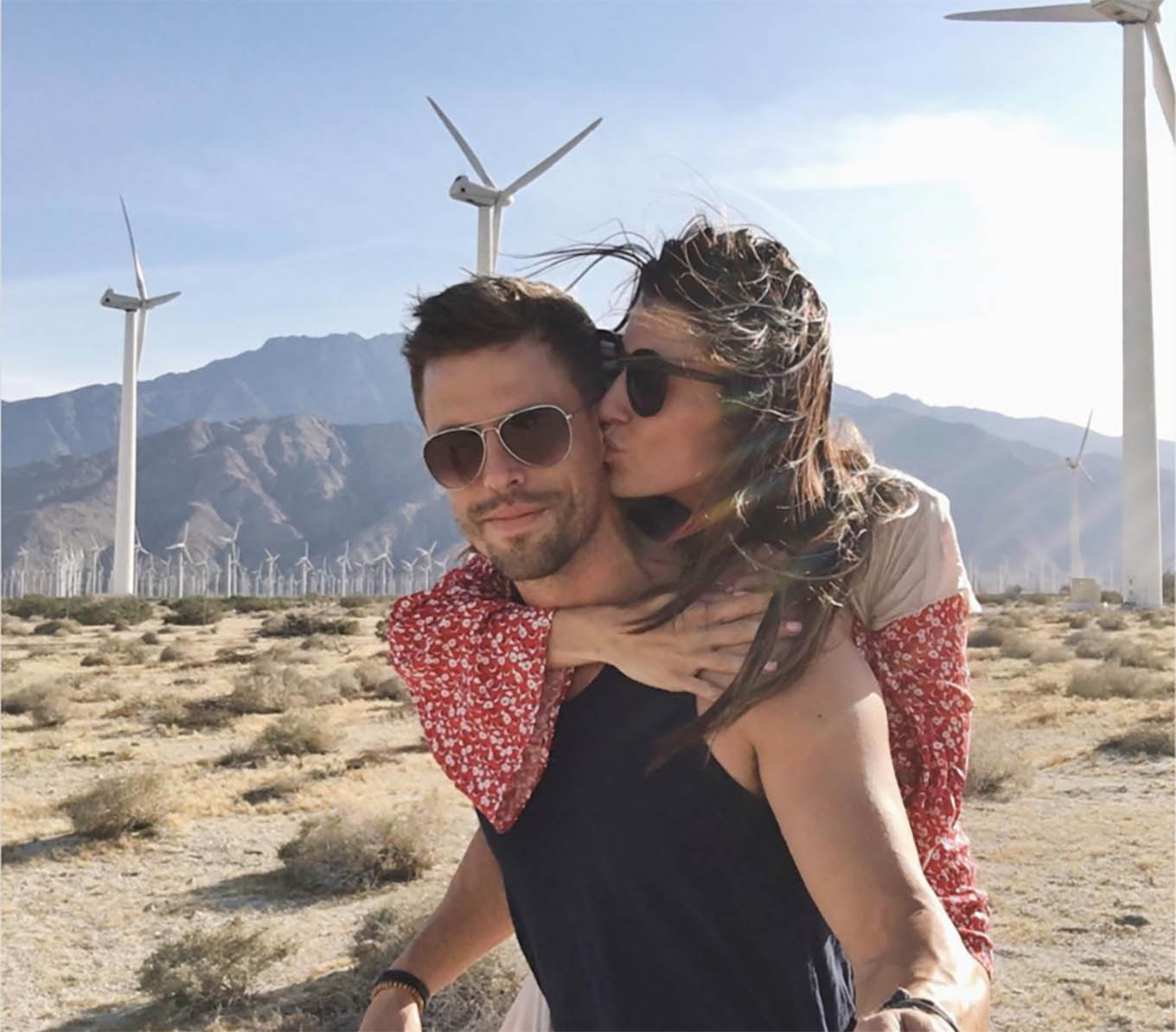 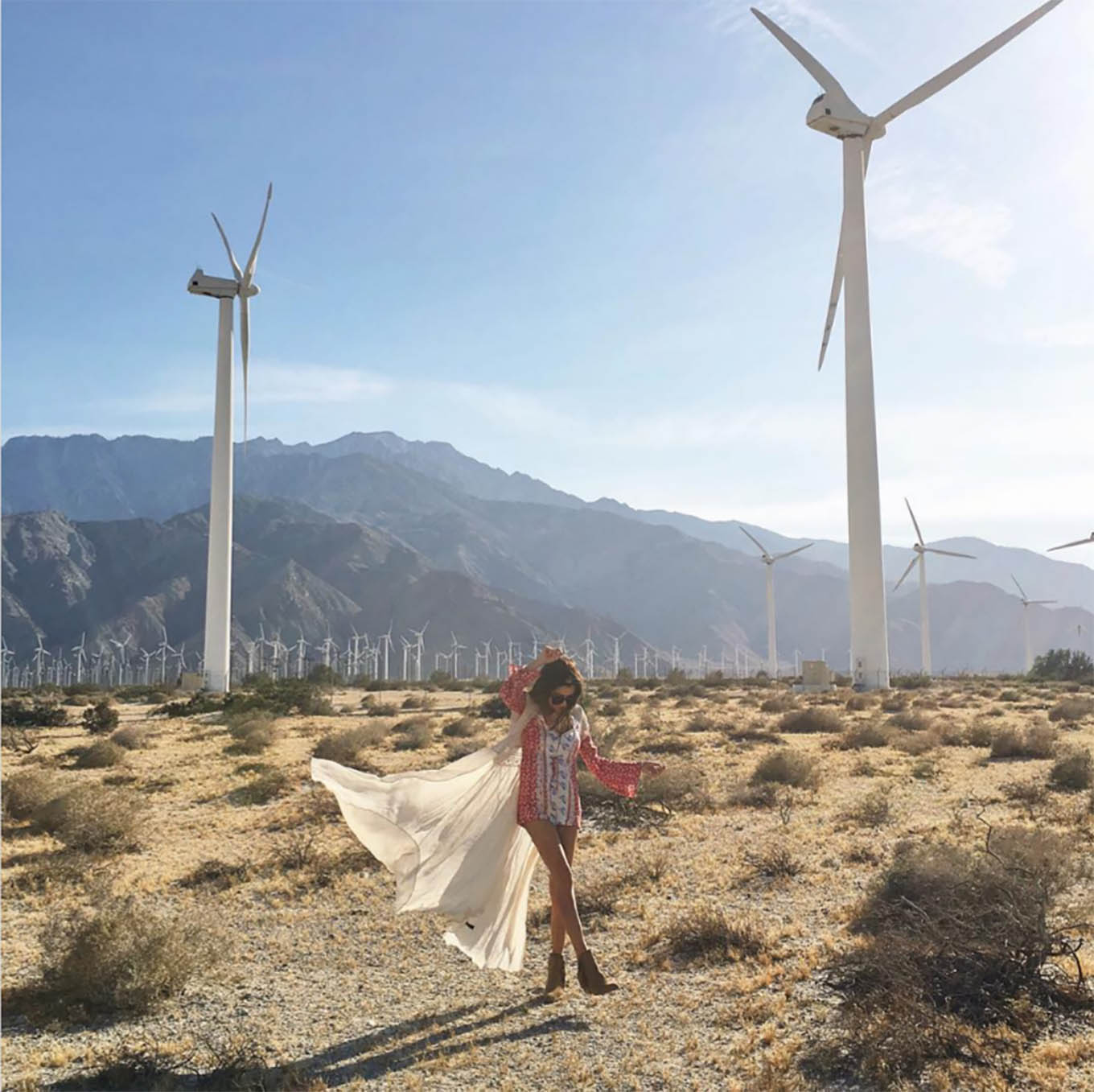 In the morning or afternoon before the shows go see the wind turbines they are so cool!! Another first for me but it was probably one of my favorite things!

We had such a great time! It was our first weekend with out the kiddos that wasn’t a work trip in 2 years! We obviously missed the kids a ton, but it was so much fun having some us time 🙂