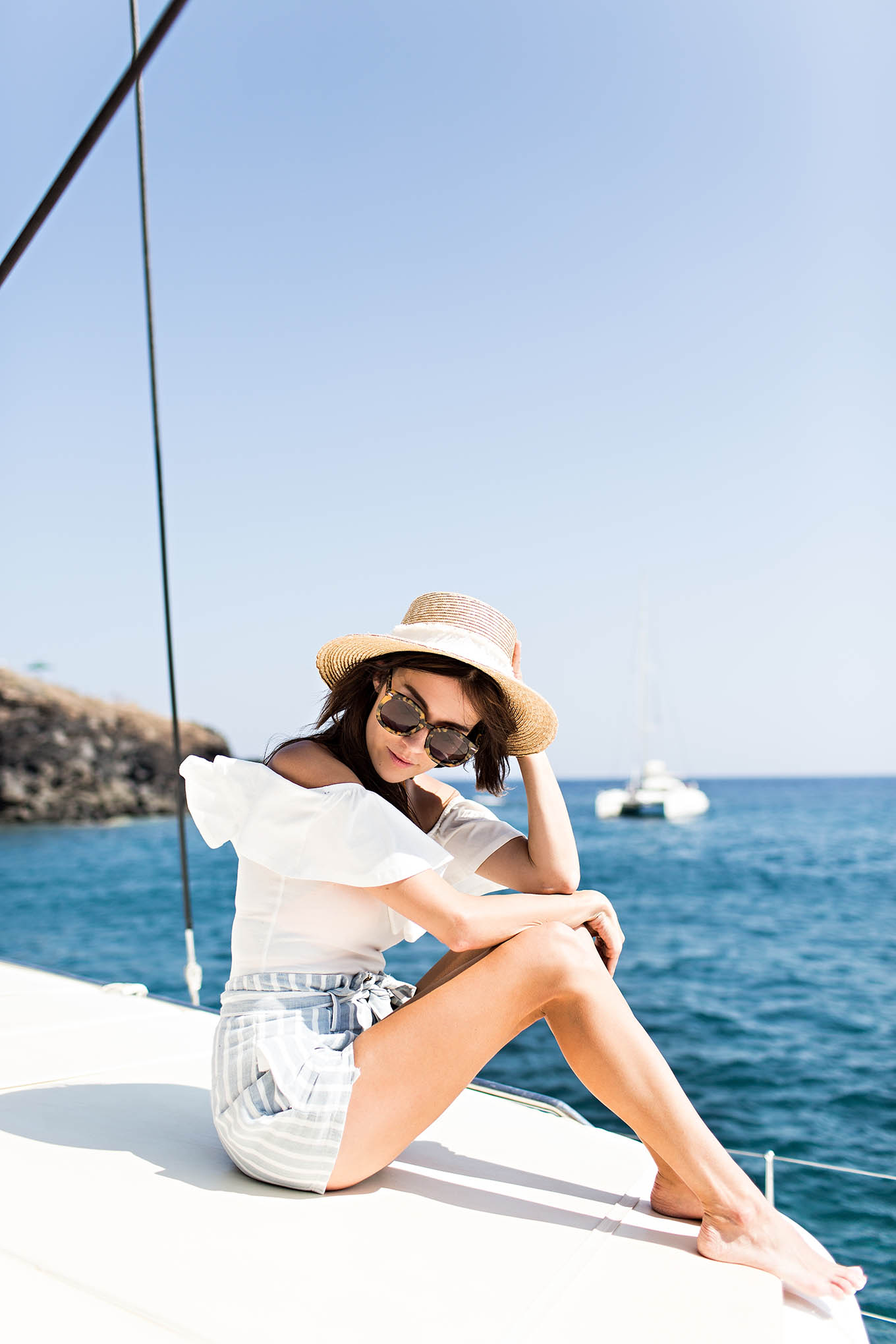 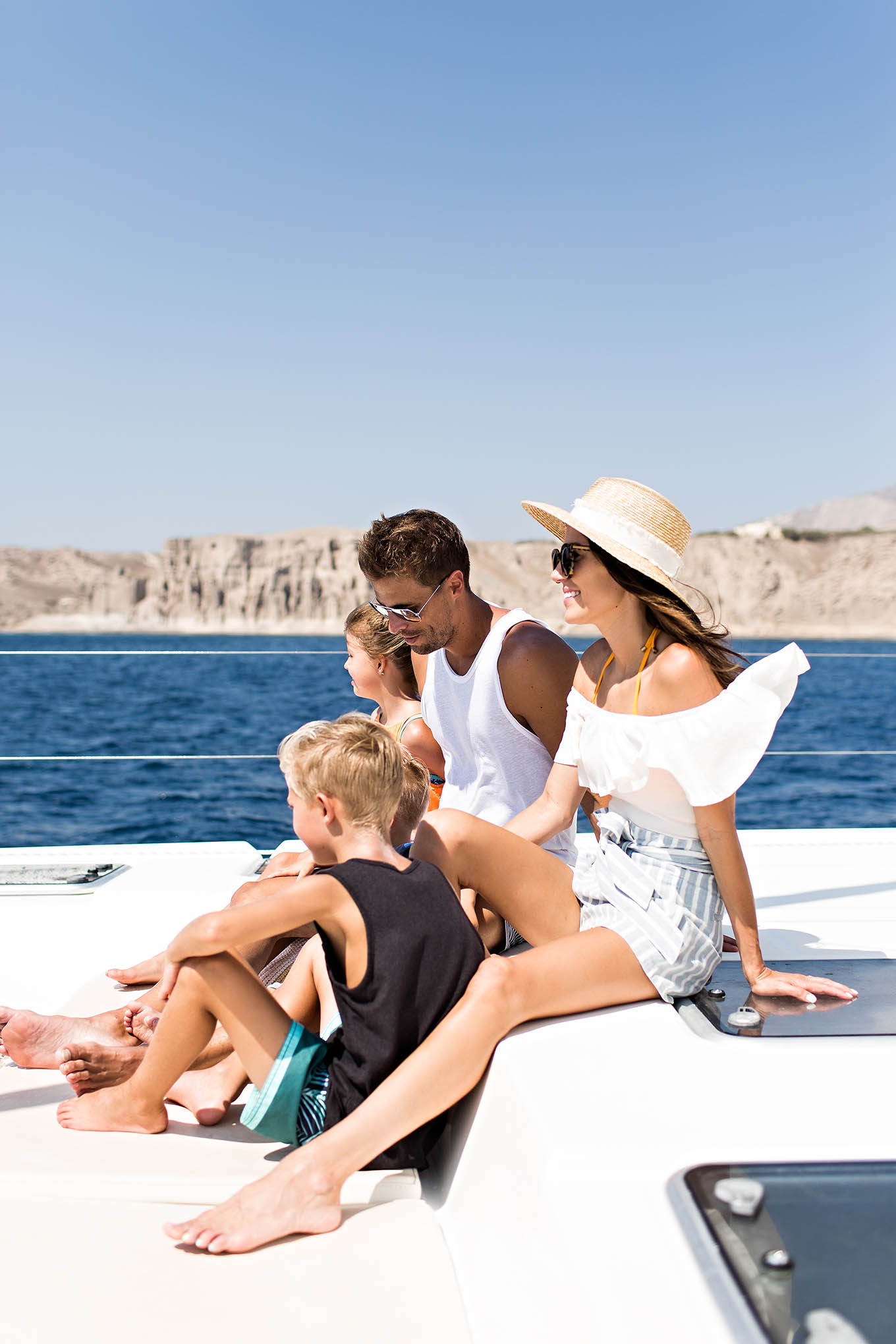 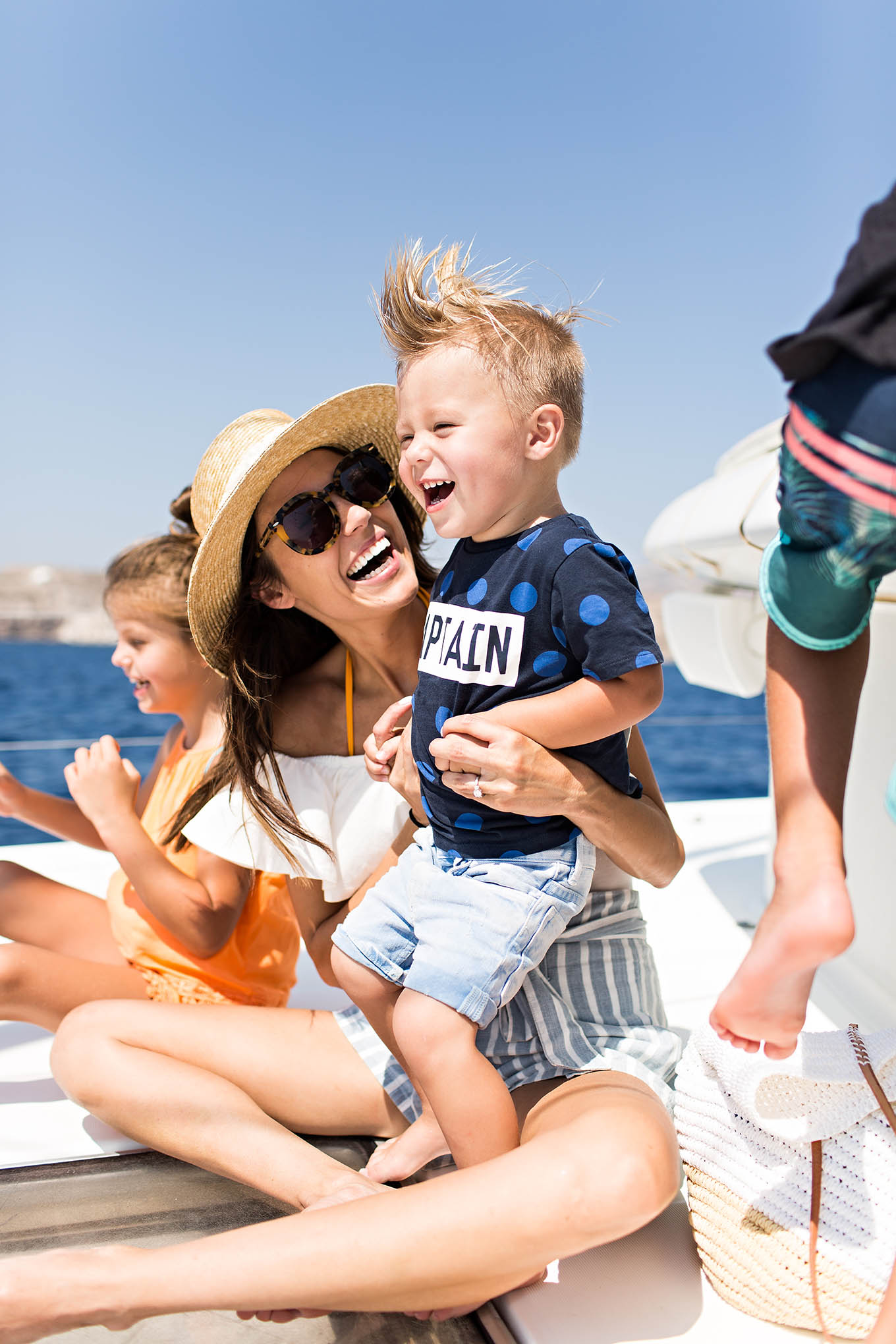 Beckam was obsessed with the whistle on his life jacket. It was the only way we could get him to put the life jacket on and after the boat tour was over he was in tears when he had to take it off because he wanted his whistle. 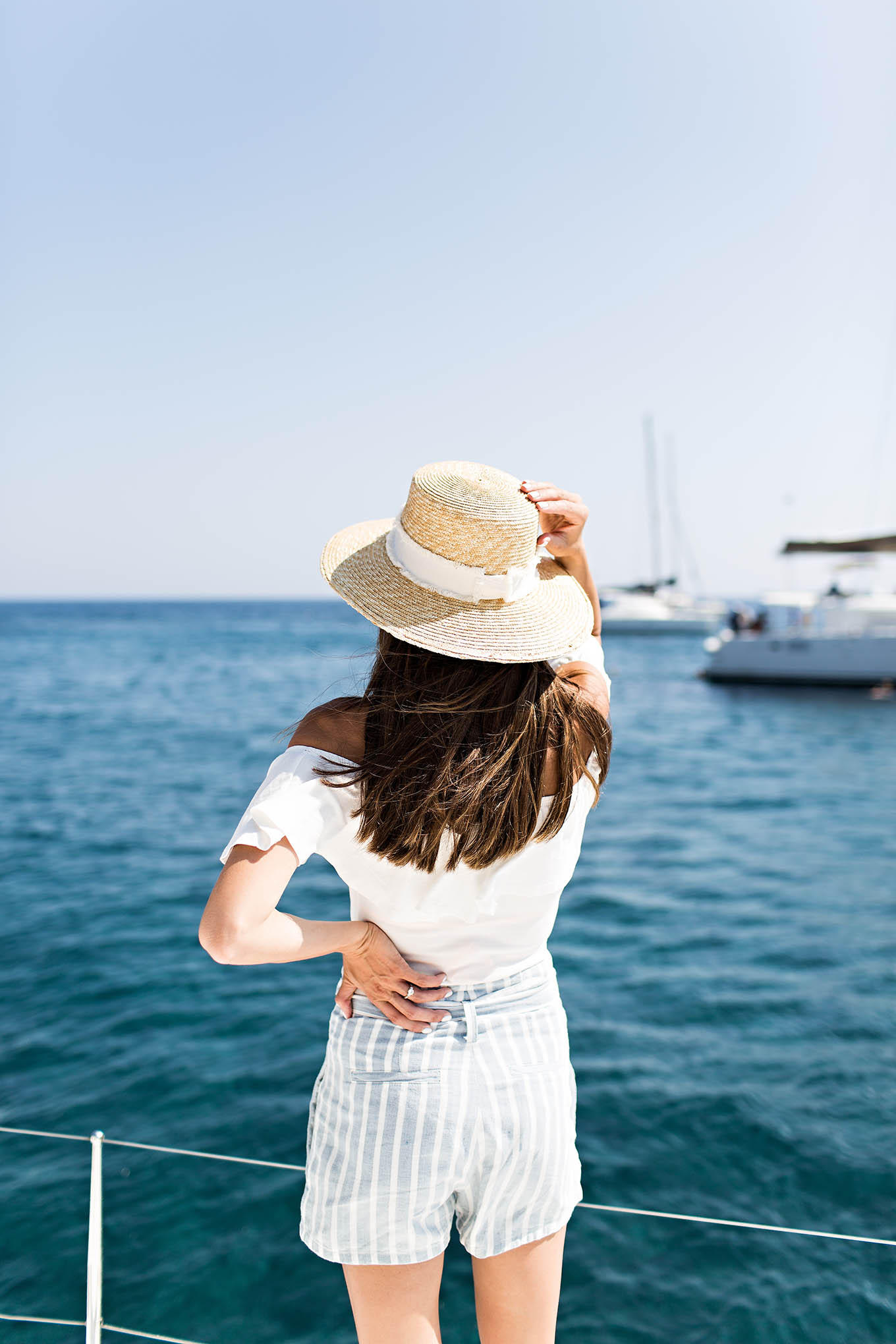 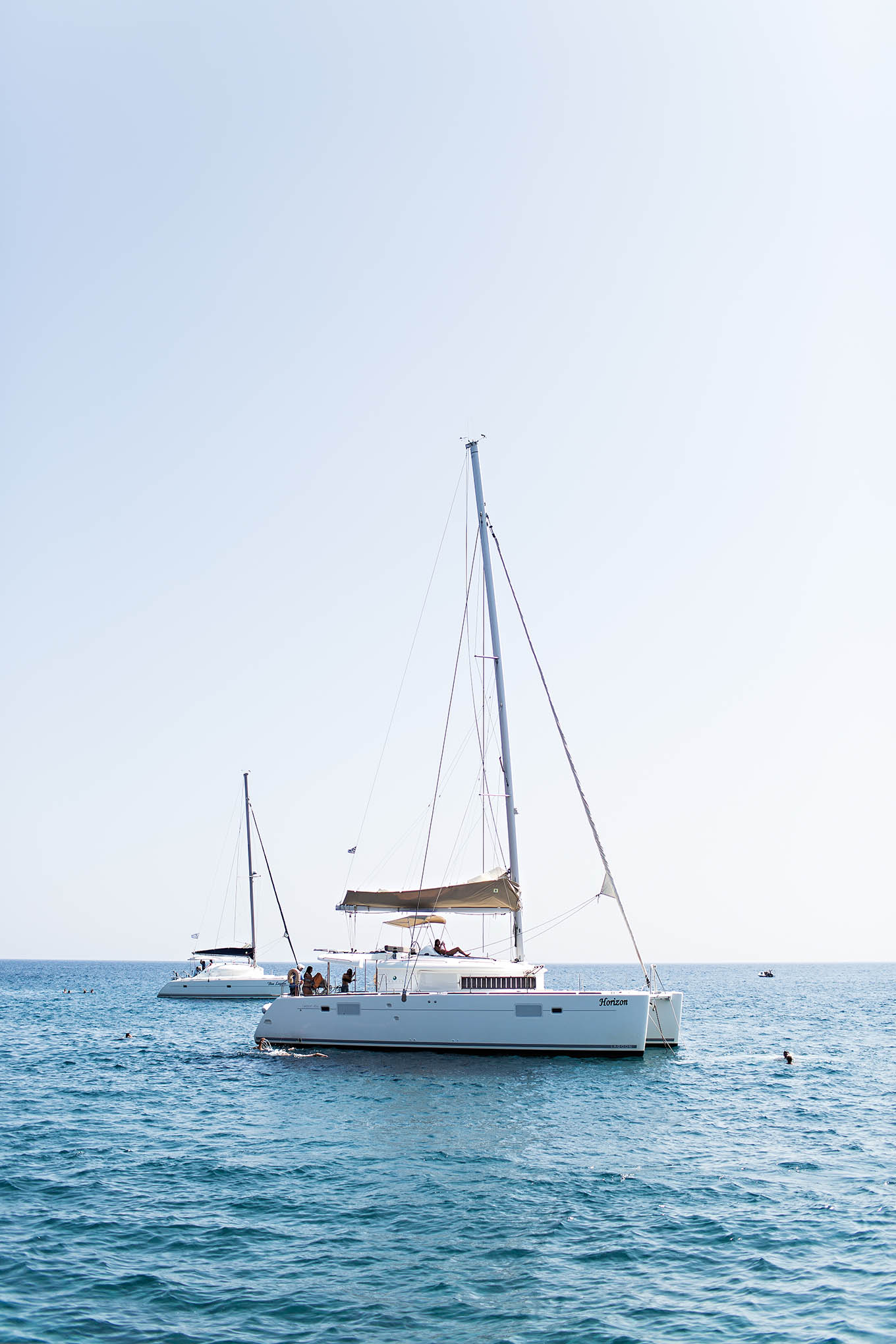 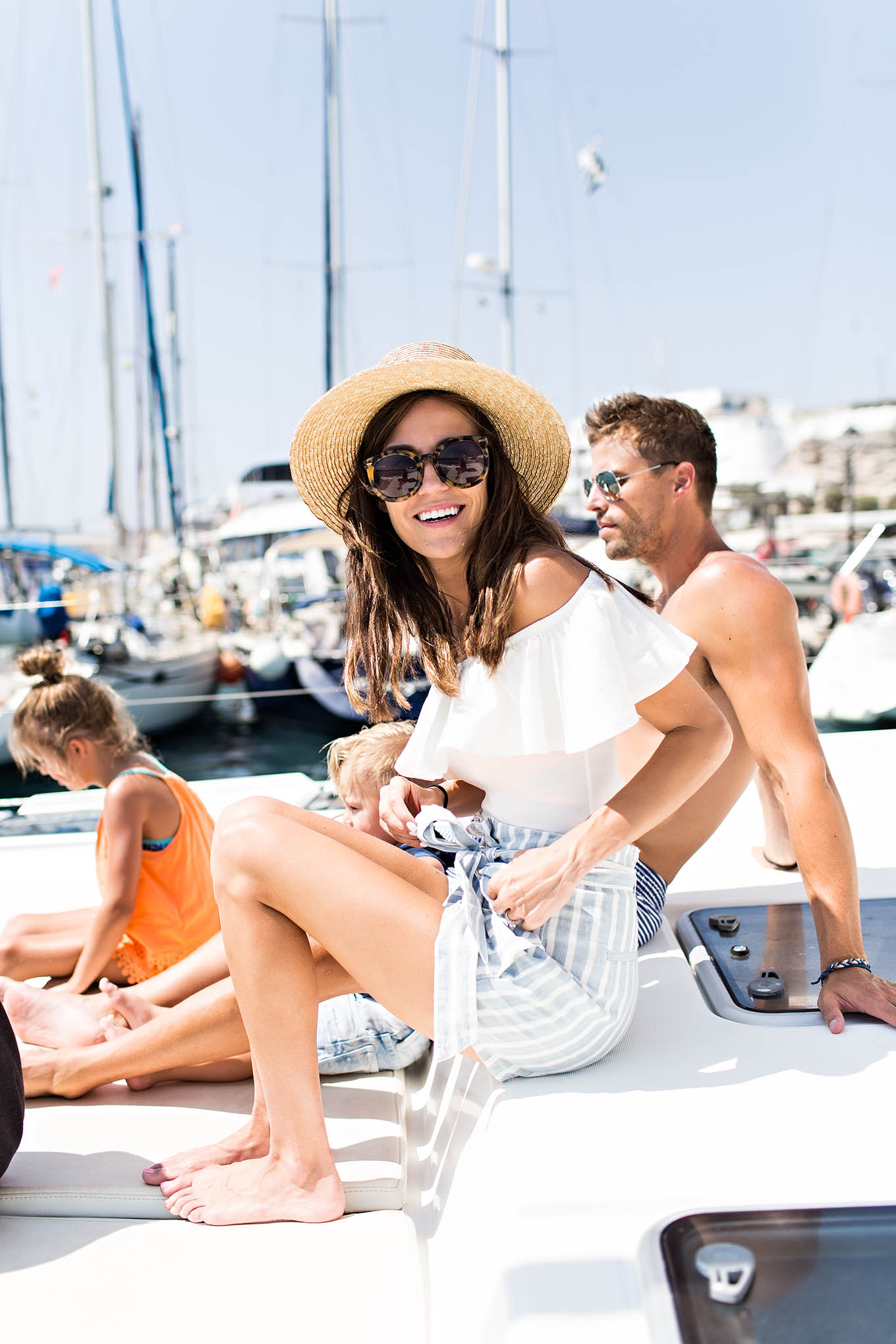 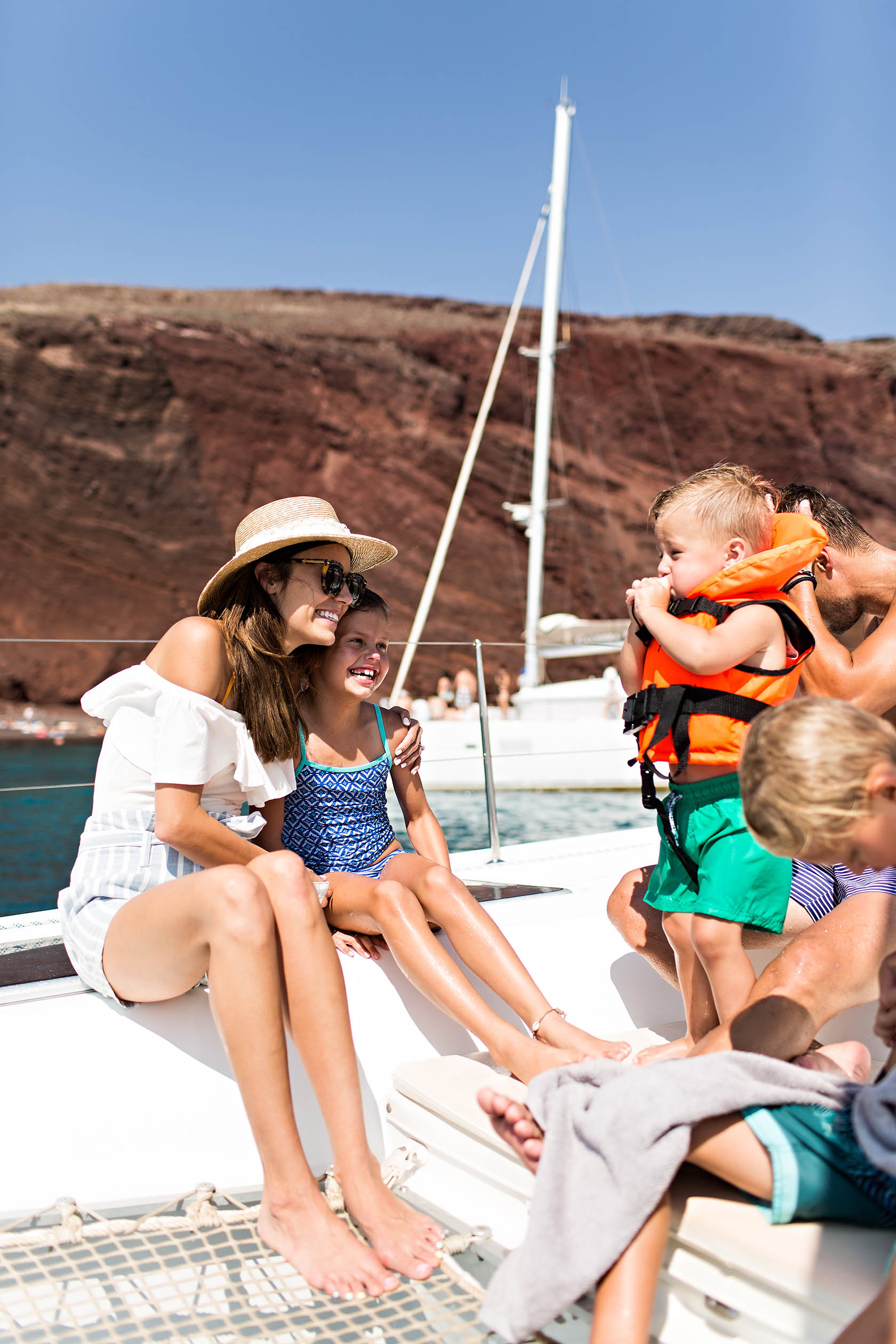 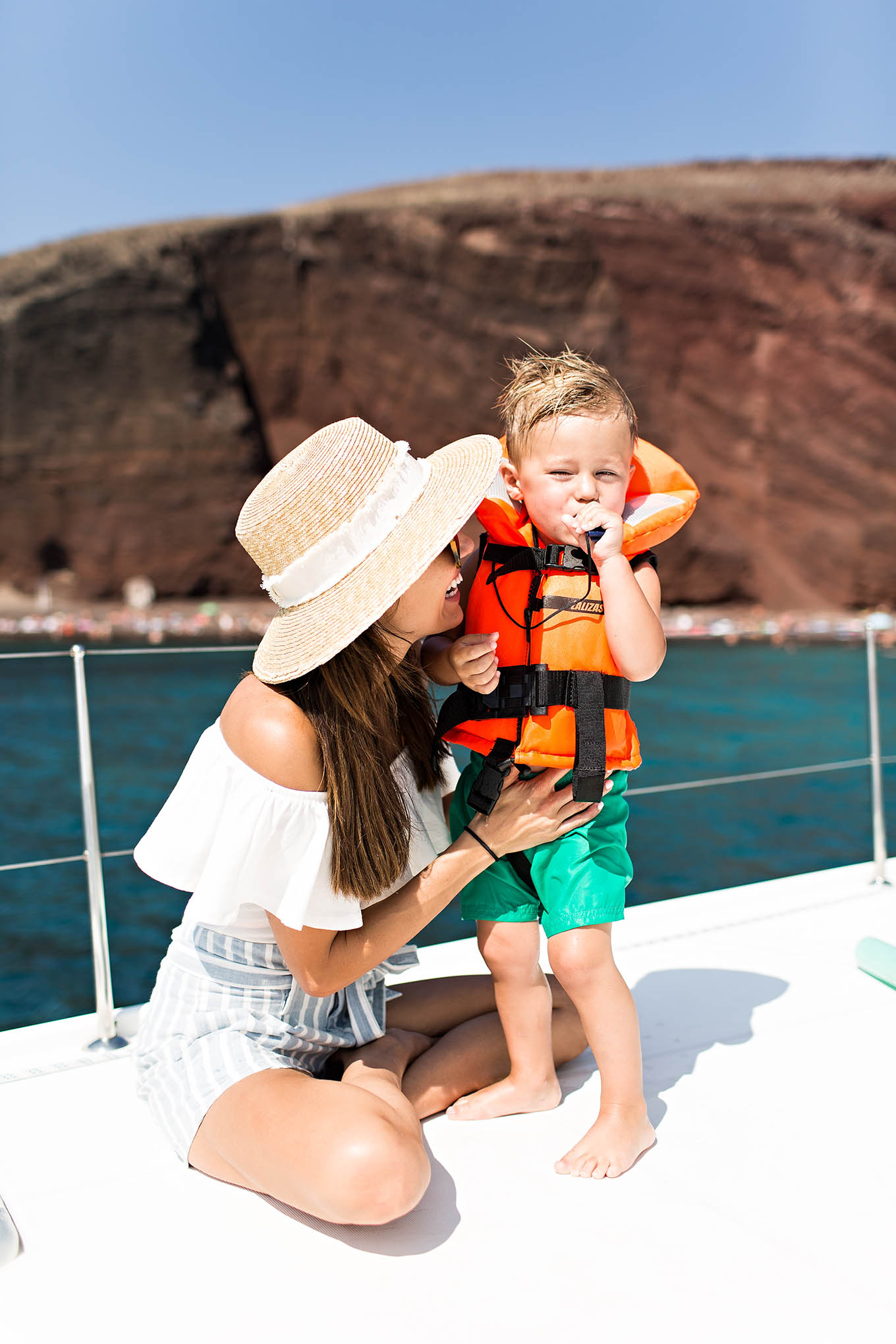 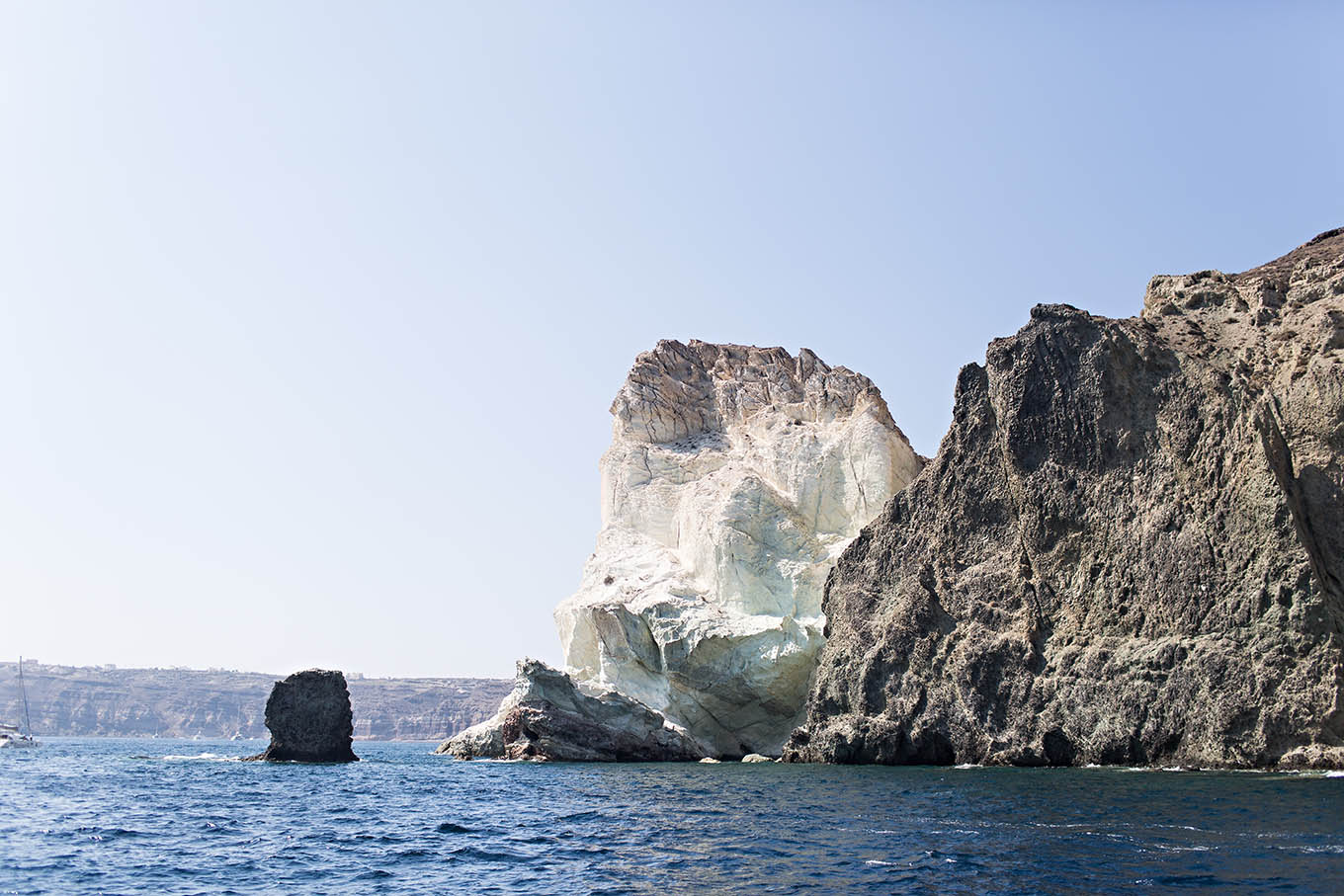 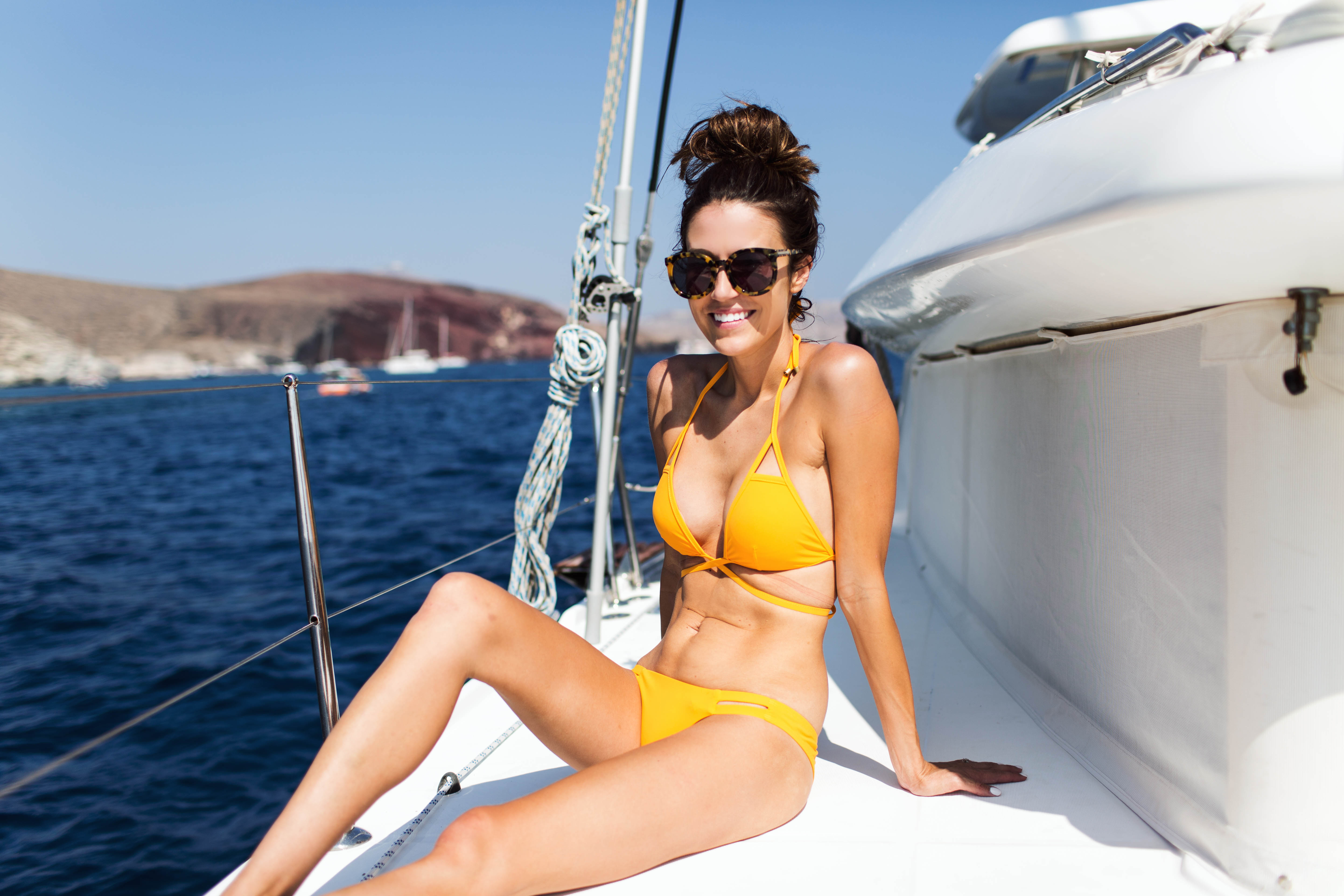 A lot of you were asking about this swim suit on snapchat. It comes in lot’s of colors. The black here, yellow here, red and white here. 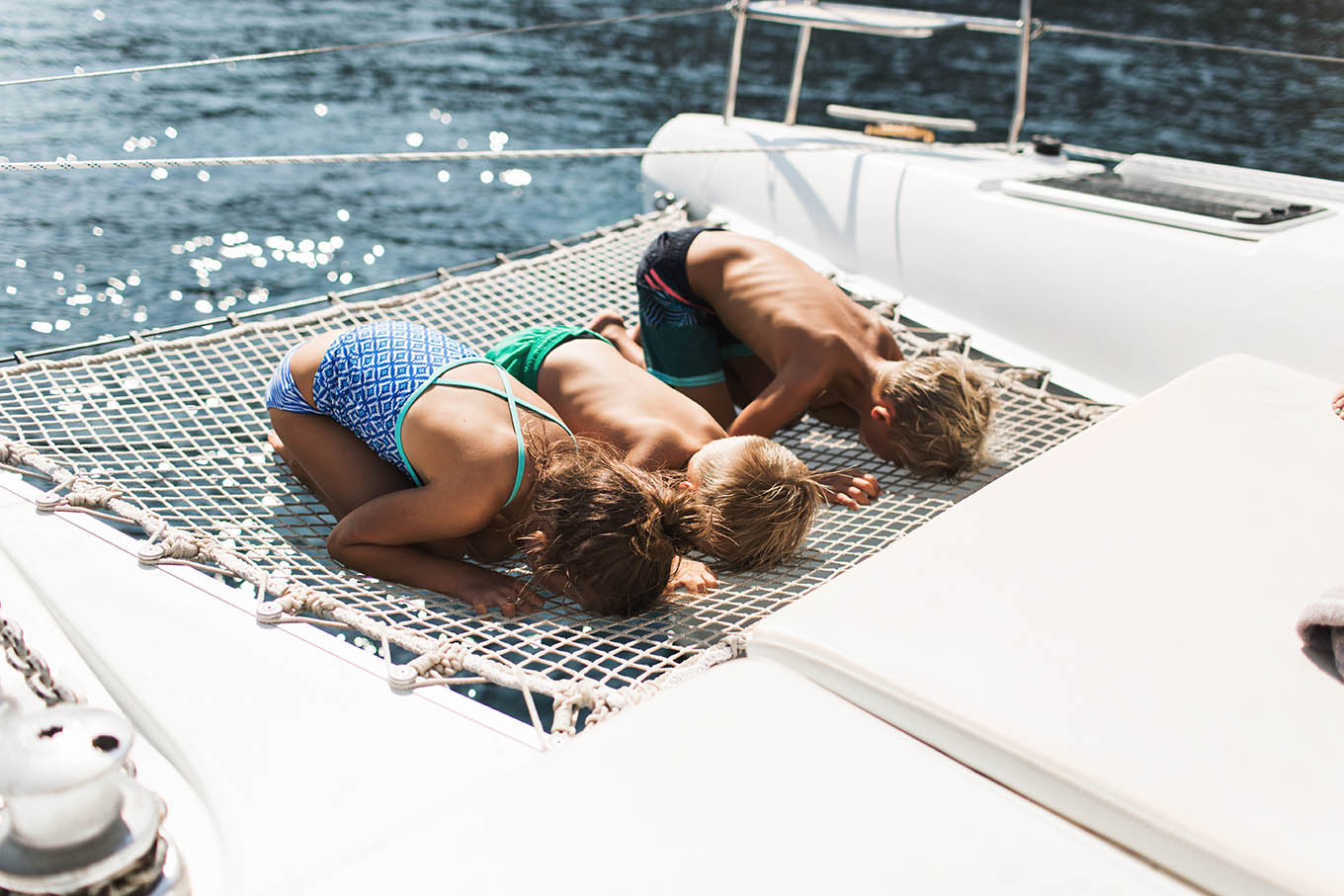 The kids loved feeding the fish small pieces of bread and were so entertained watching the fish eat. 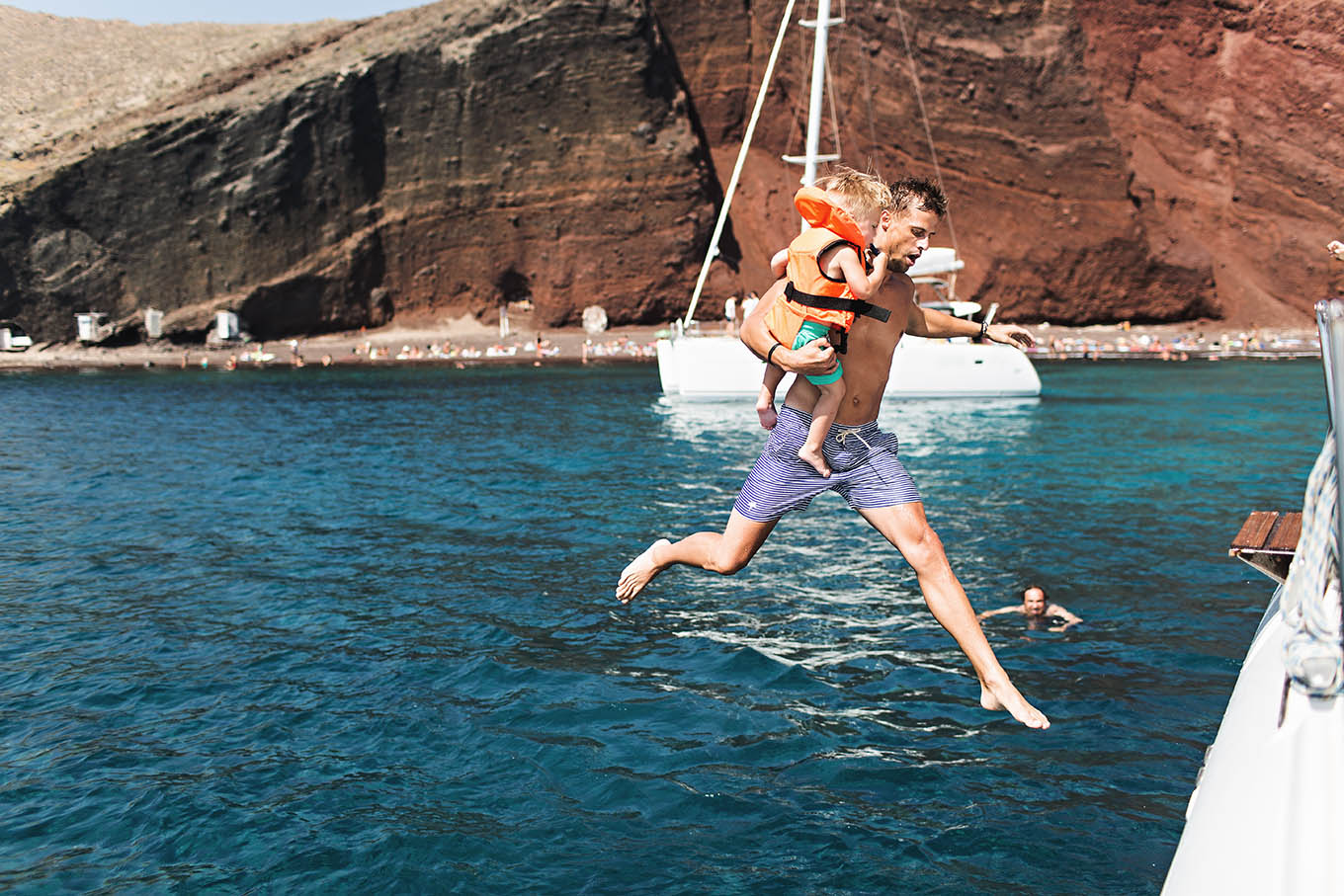 Cody jumped off the boat with all of the kids and B freaked out. At first he was excited and wanted to do it, but once they hit the water he freaked! I was lol at this pic cause he’s still blowing his whistle as they jump! He wouldn’t put that thing down!

I’m a little early on the nose plug, but better safe than sorry if you ask me. 😉 and of course noodles! 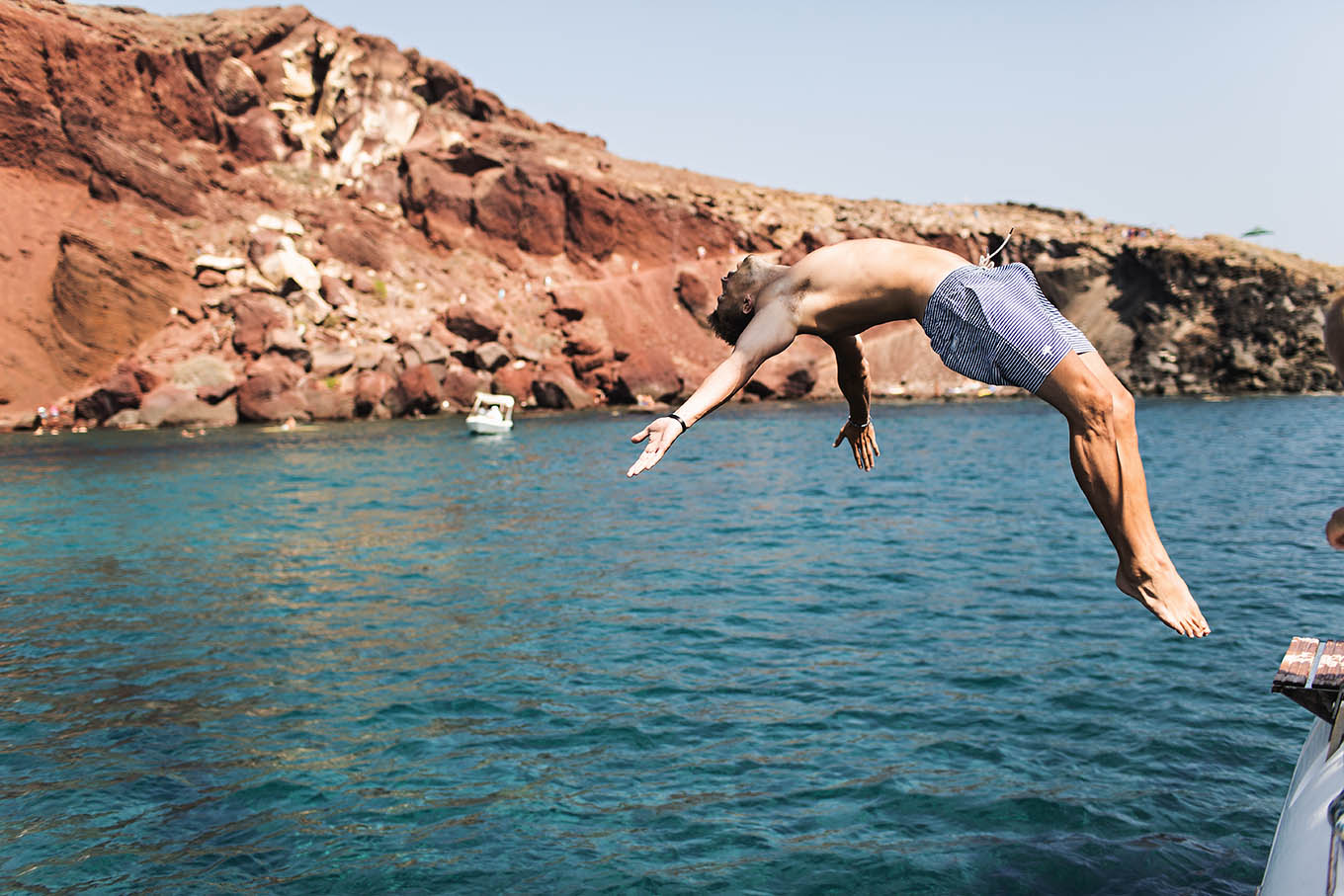 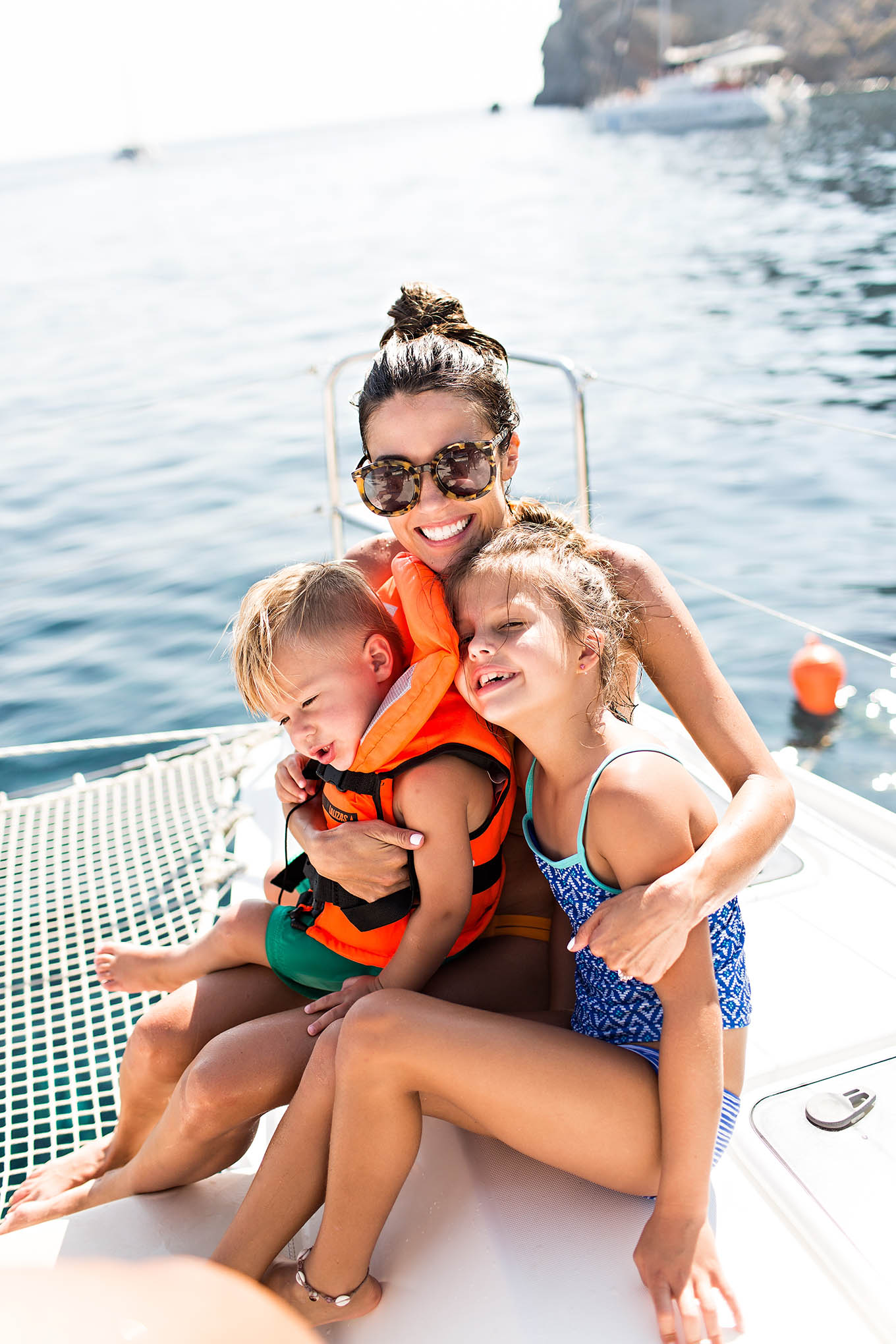 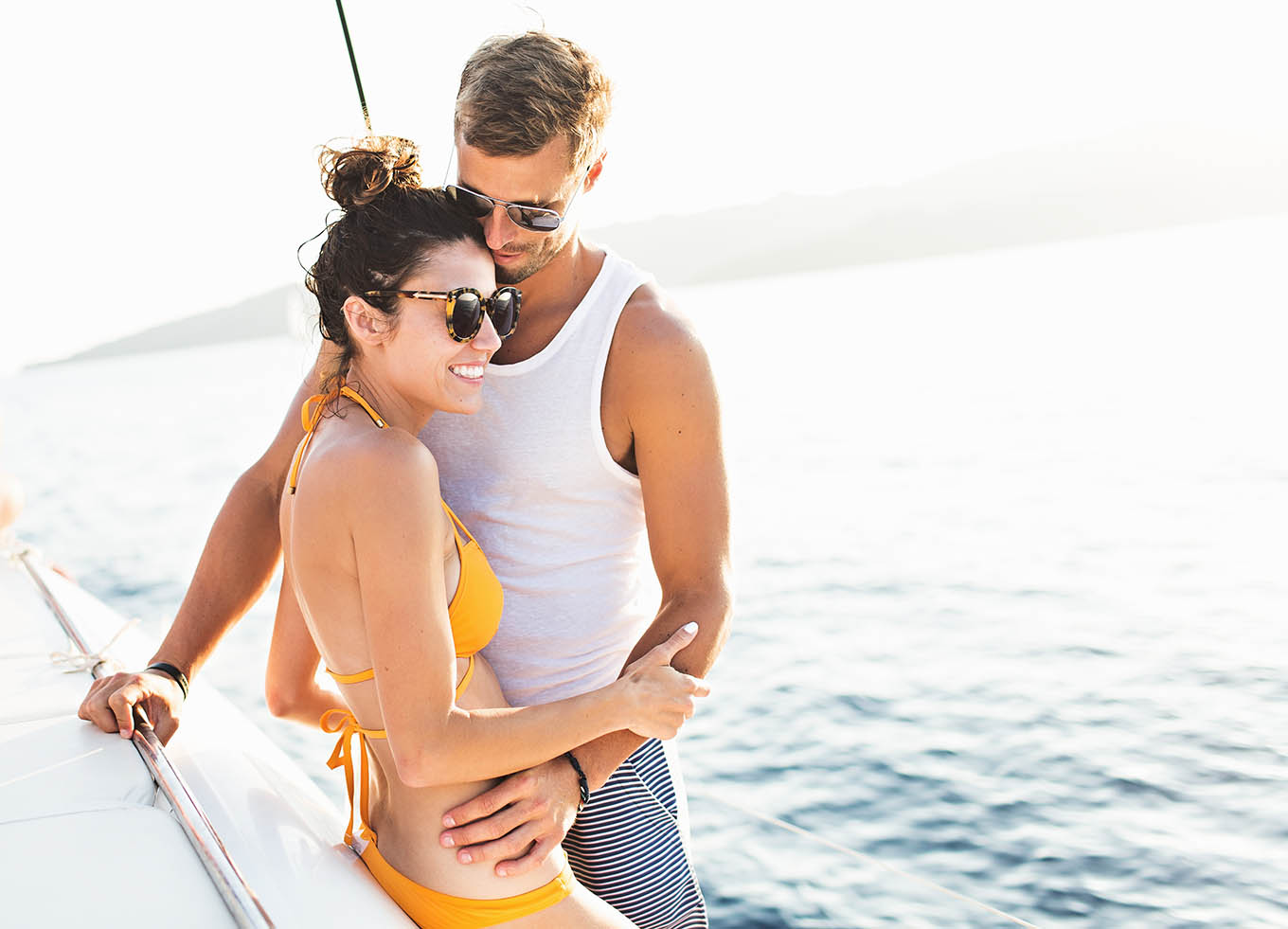 The water at White Cliffs was crazy crystal clear. You could see right through it! They give you a snorkel and we got to see a few cool fish. They say there are no sharks in the water there and something about being able to see the bottom (and no sharks 😉 made it a little easier to trust that there wouldn’t be any sharks. 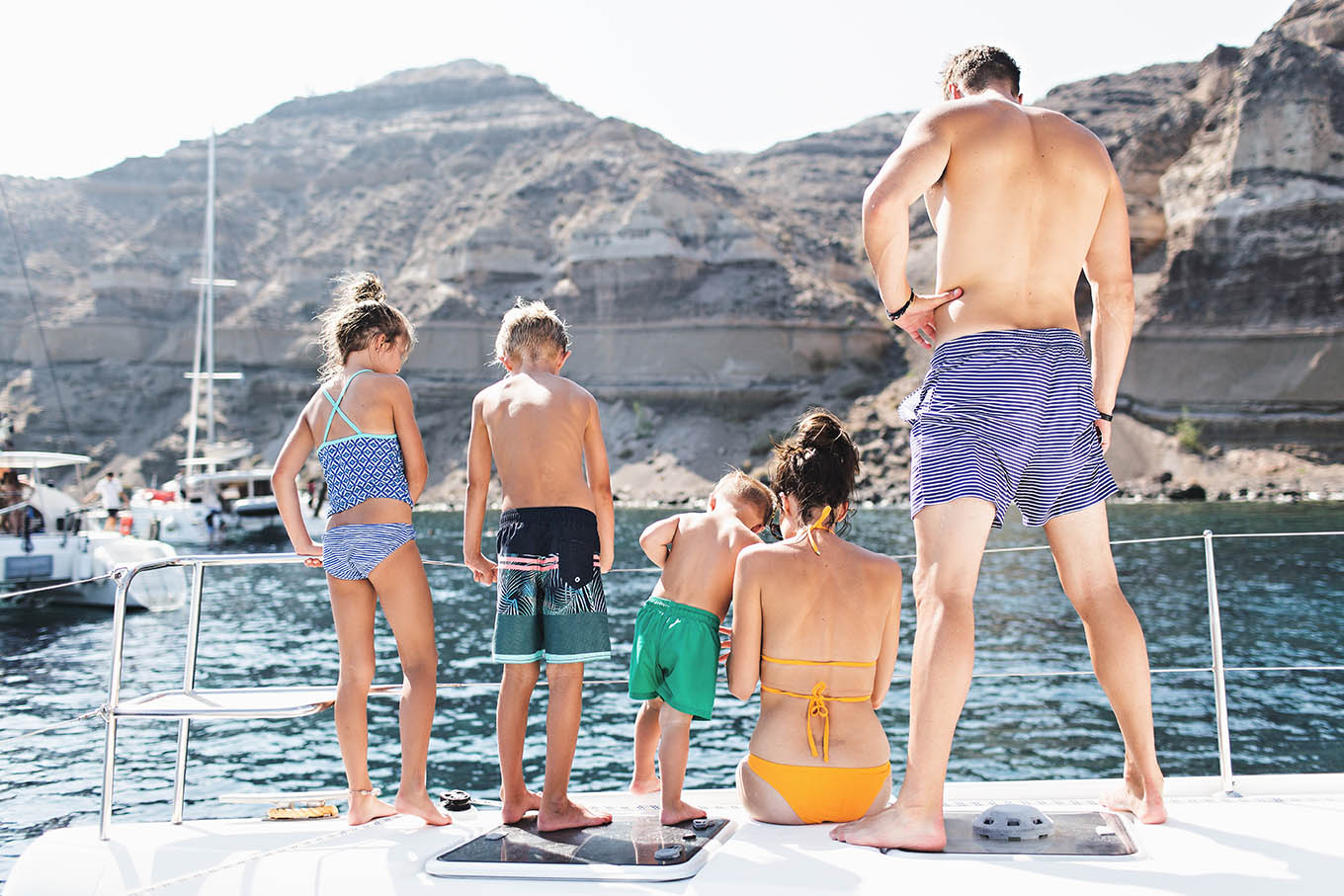 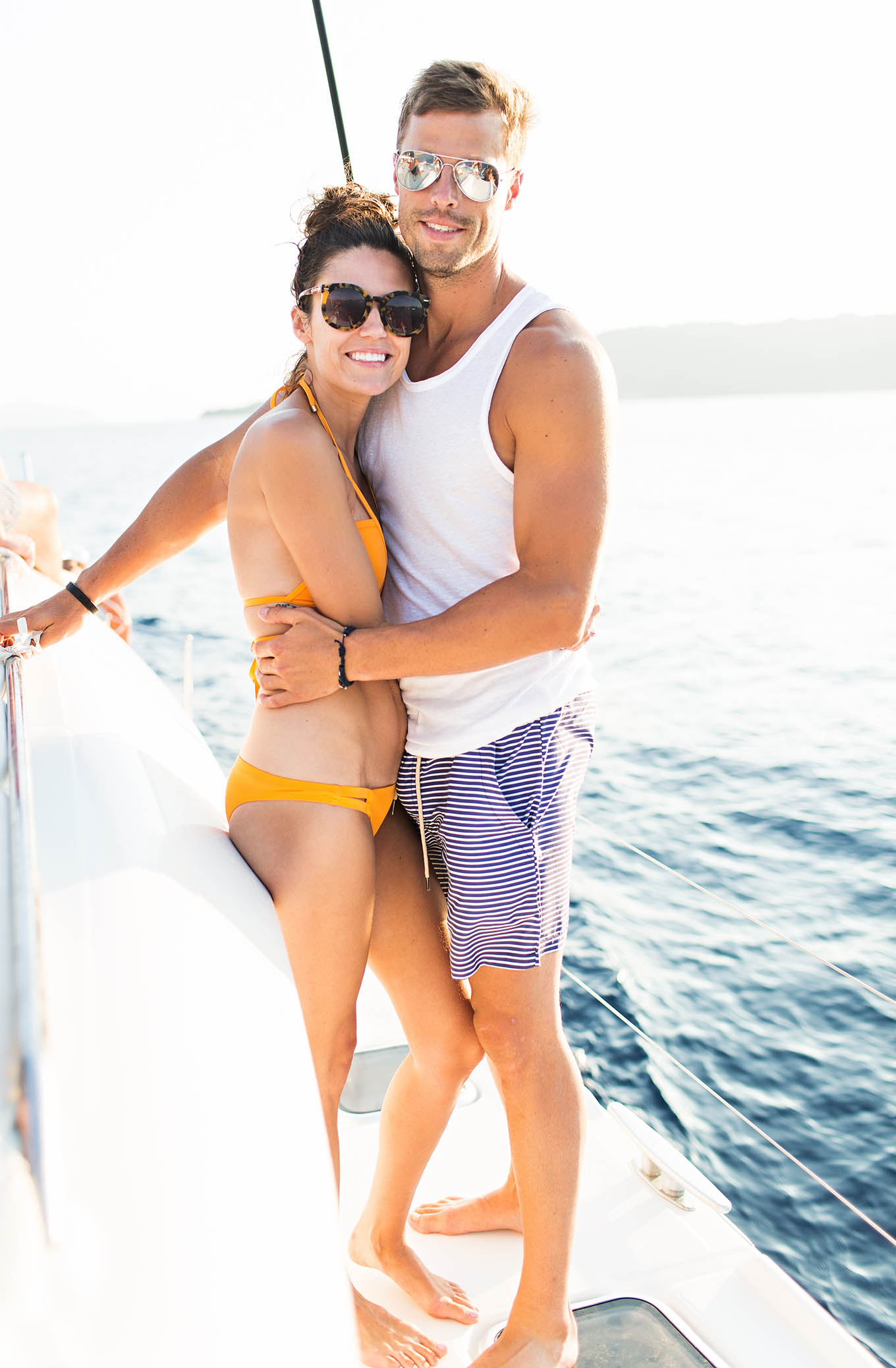 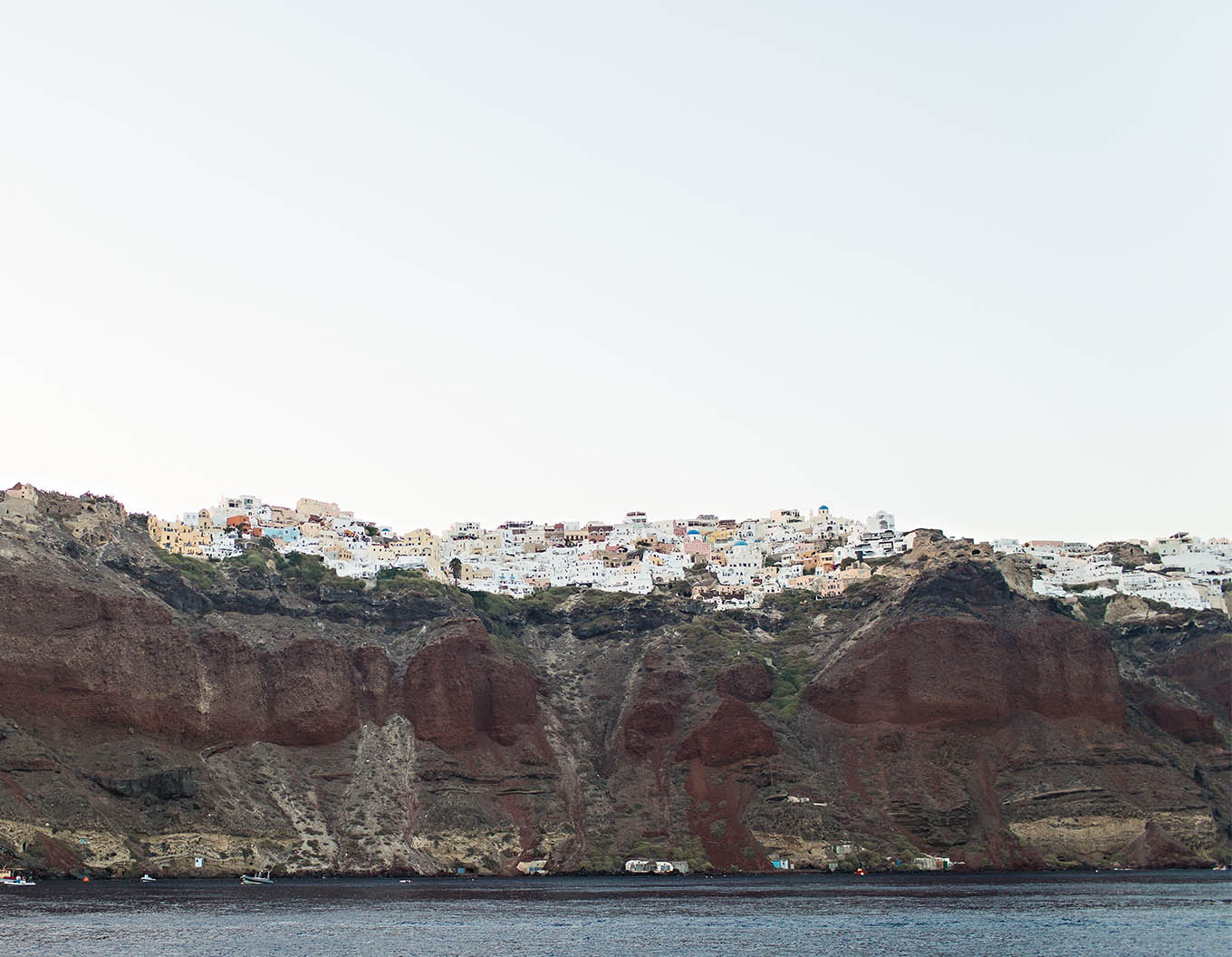 The view of Oia coming into the city to watch the sunset. 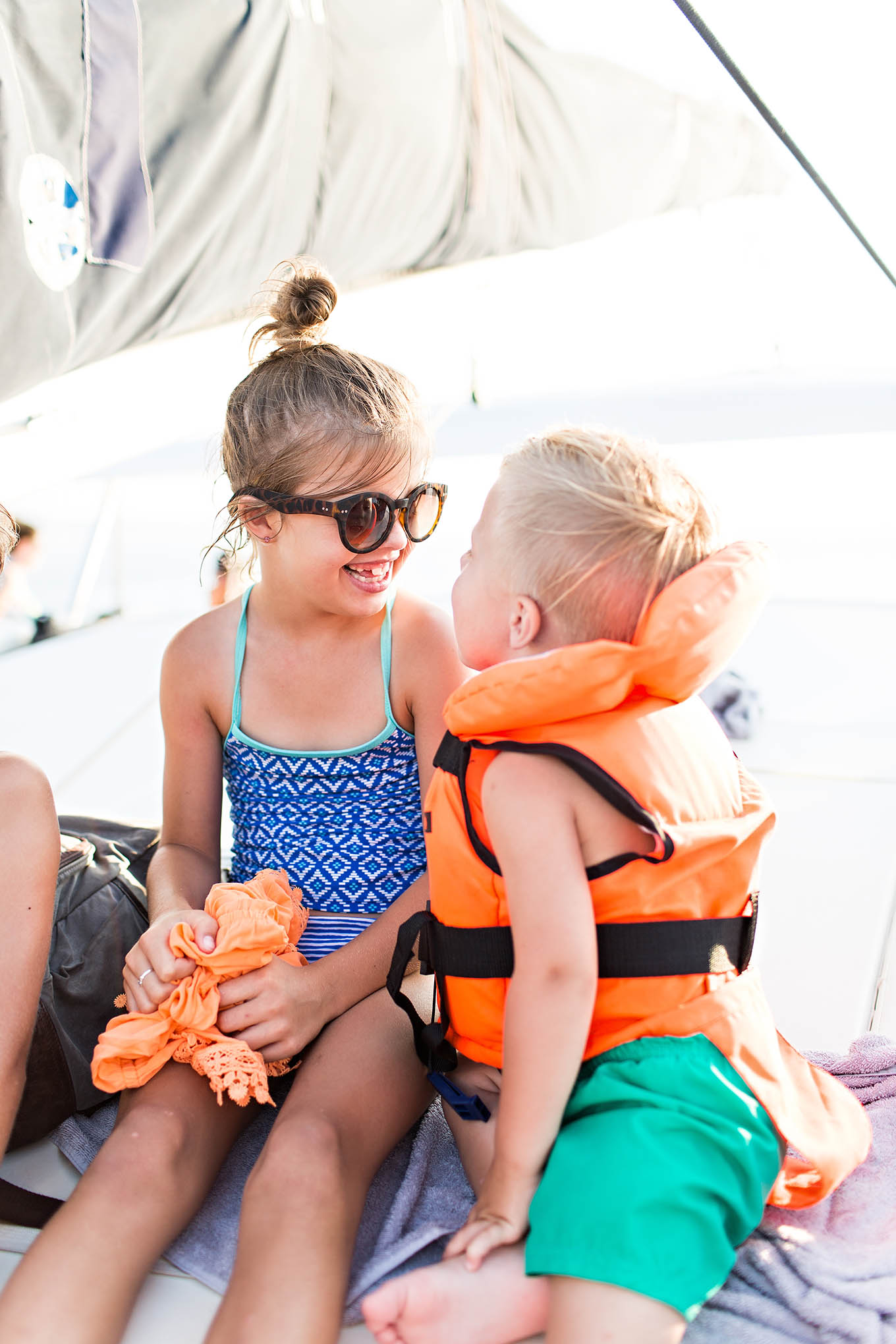 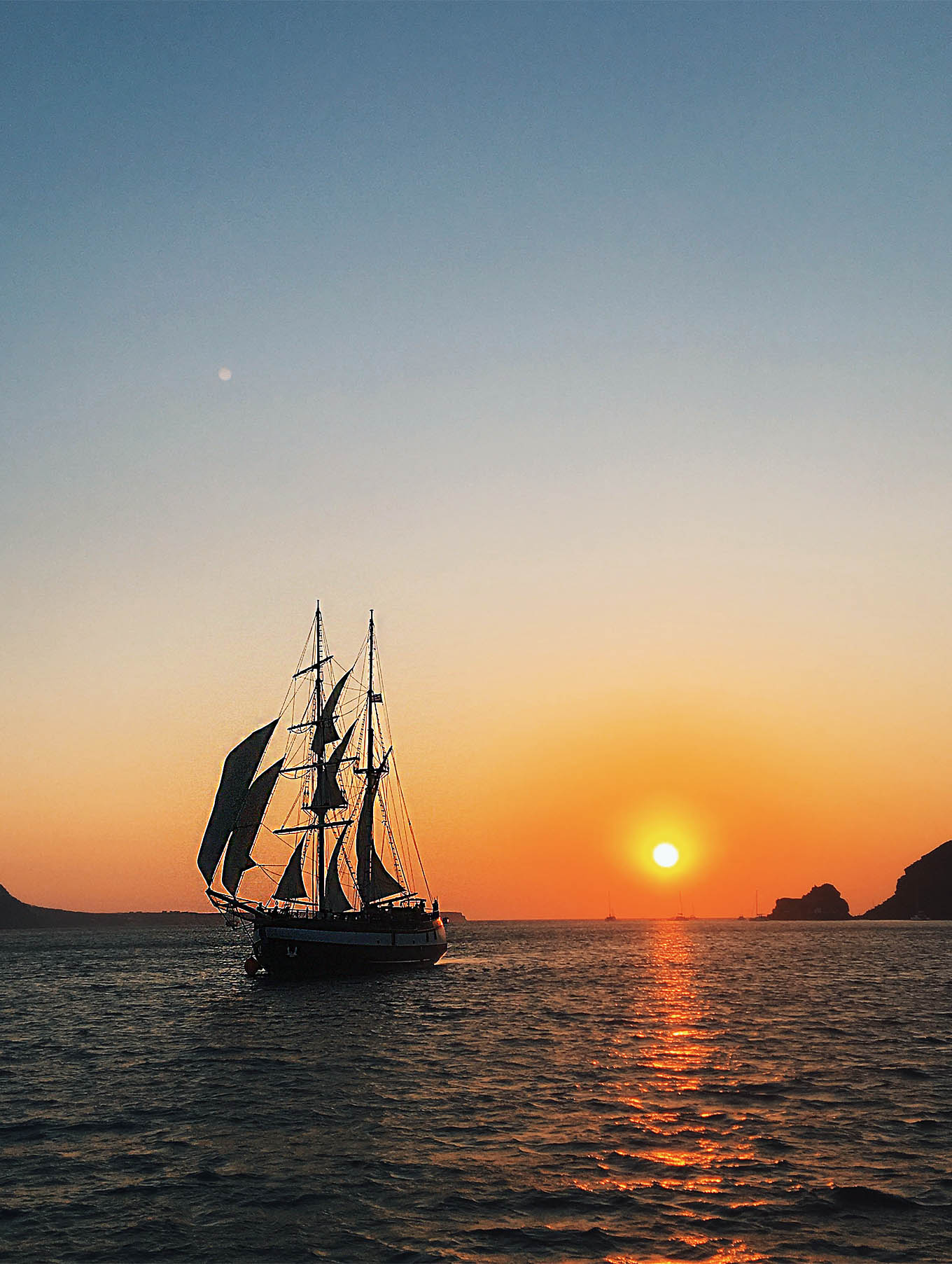 We have been having such a great time in Greece! Santorini has always been on the top of my must see list and I’m so glad we got to do it together as a a family! I’m going to be sharing a full round up and travel guide but the boat tour was probably been one of our favorite things we’ve done so far so I thought I’d start there 🙂 We did a semi-private sunset tour with Santorini Yacht Club. The semi private tour has about 10-15 people, It was nice to be with other people – but not too many people.

We did four stops: Red Beach, White beach, Sulfur Volcano springs, and ended at sunset in Oia. The water around the volcanoes was supposed to be really warm but it didn’t seem that much different than the other beaches to be honest. We loved swimming and snorkeling and the beaches and cliffs were all so breathtaking! On the second stop they do a barbecue on the boat with authentic Greek cuisine and it was really good. Mara is a vegetarian half the time  so they made vegetables just for her which turned out to be, hands down, the best part of the meal. It had this really good sauce on it, I wish I knew what it was so I could make it back home. ( A little tip: The tour is about 5-6 hours so we brought some snacks to tie us over between meals. Maybe it’s just our family, but it seems like the kids are always hungry so the snacks were perfect.)

Our last stop was sunset in Oia and it was unreal! All the boats gather in the bay and there were boats that looked like Pirate ships against the horizon as the sunset that made for such a cool view. Wes kept asking if there was “real pirates” on their boat because his friends mom had her phone stolen from real pirates lol.

It was a great kid-friendly activity and I would really suggest doing it wether you have kids or not. I liked that there was so many different stops so you weren’t in one spot all day. Definitely a must-do in Santorini. We got to Mykonos 2 days ago so tune into Snapchat (@hellofashblog) and Instagram (@hellofashionblog) to find out what our next stop is after that! Can’t believe we’ve been gone a week already! Time has flown! I’ll be sharing more from the trip so stay tuned 🙂