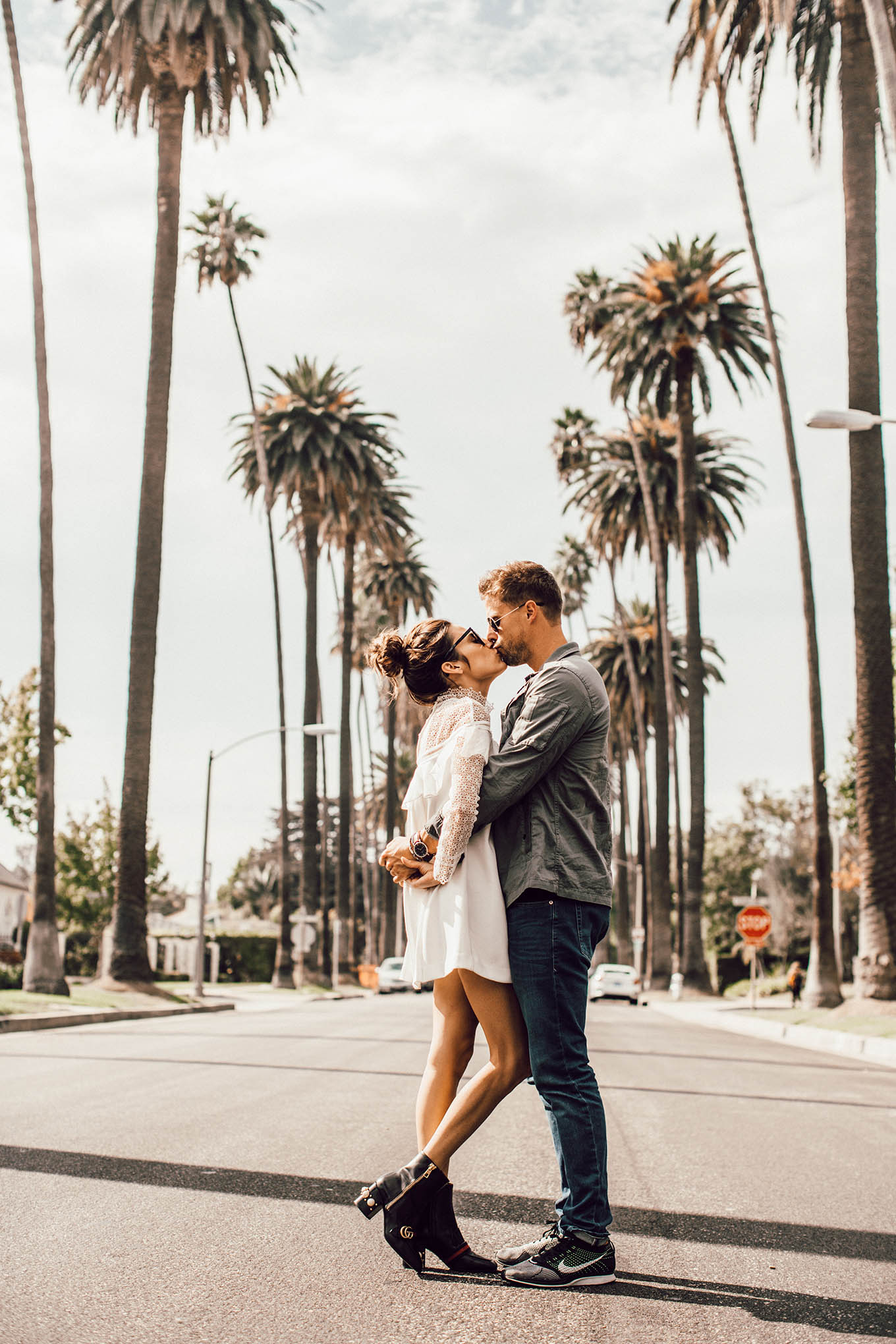 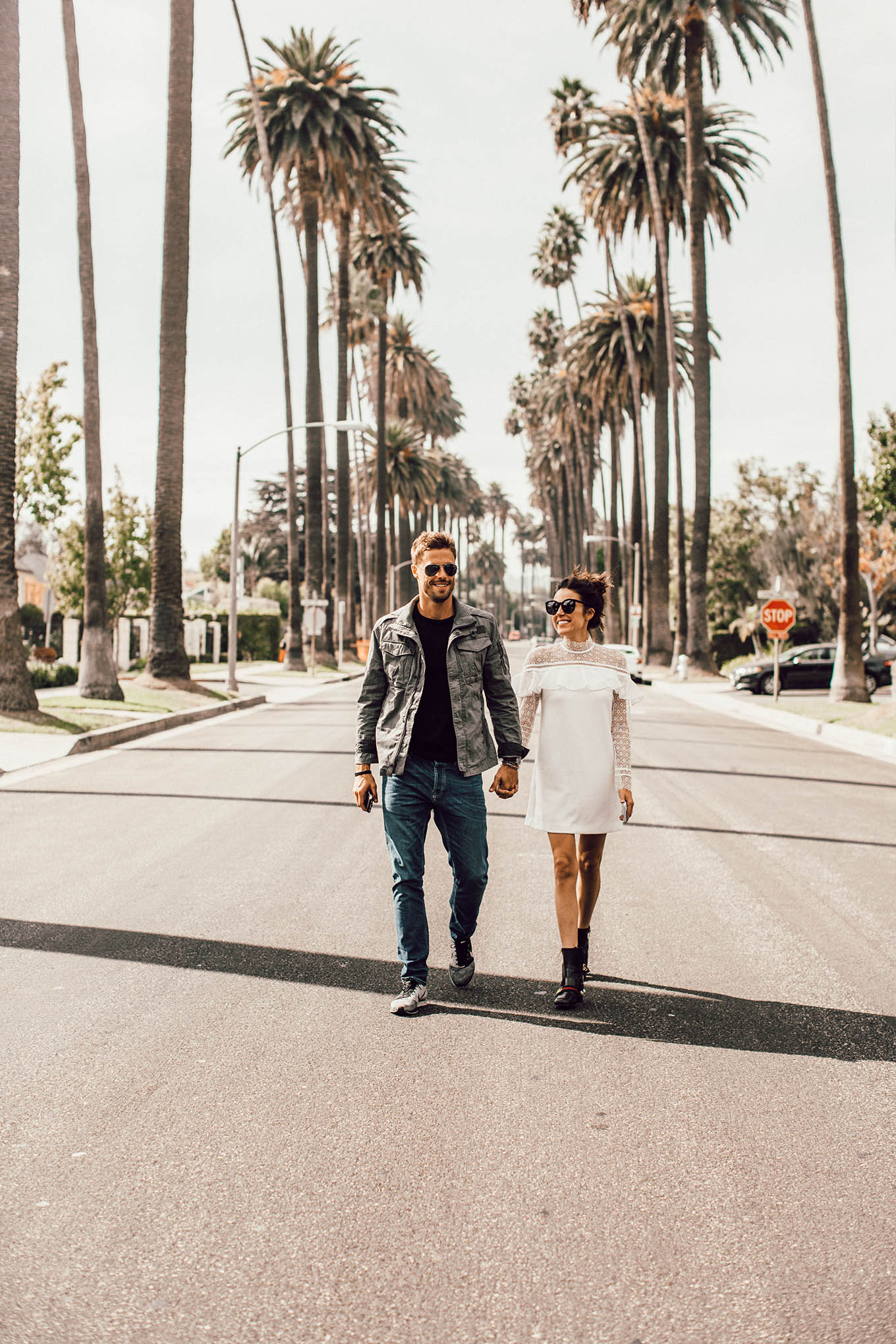 Cody and I were so excited to do a mini-getaway for our 5 year anniversary. I can’t believe it’s been 5 years! It seems like it’s been longer but shorter at the same time if that even makes sense, haha. The last 5 years have flown by but at the same time it feels like we’ve been together forever.

California is like a second home to us – we got married here and come down about once a month. We love it so much! 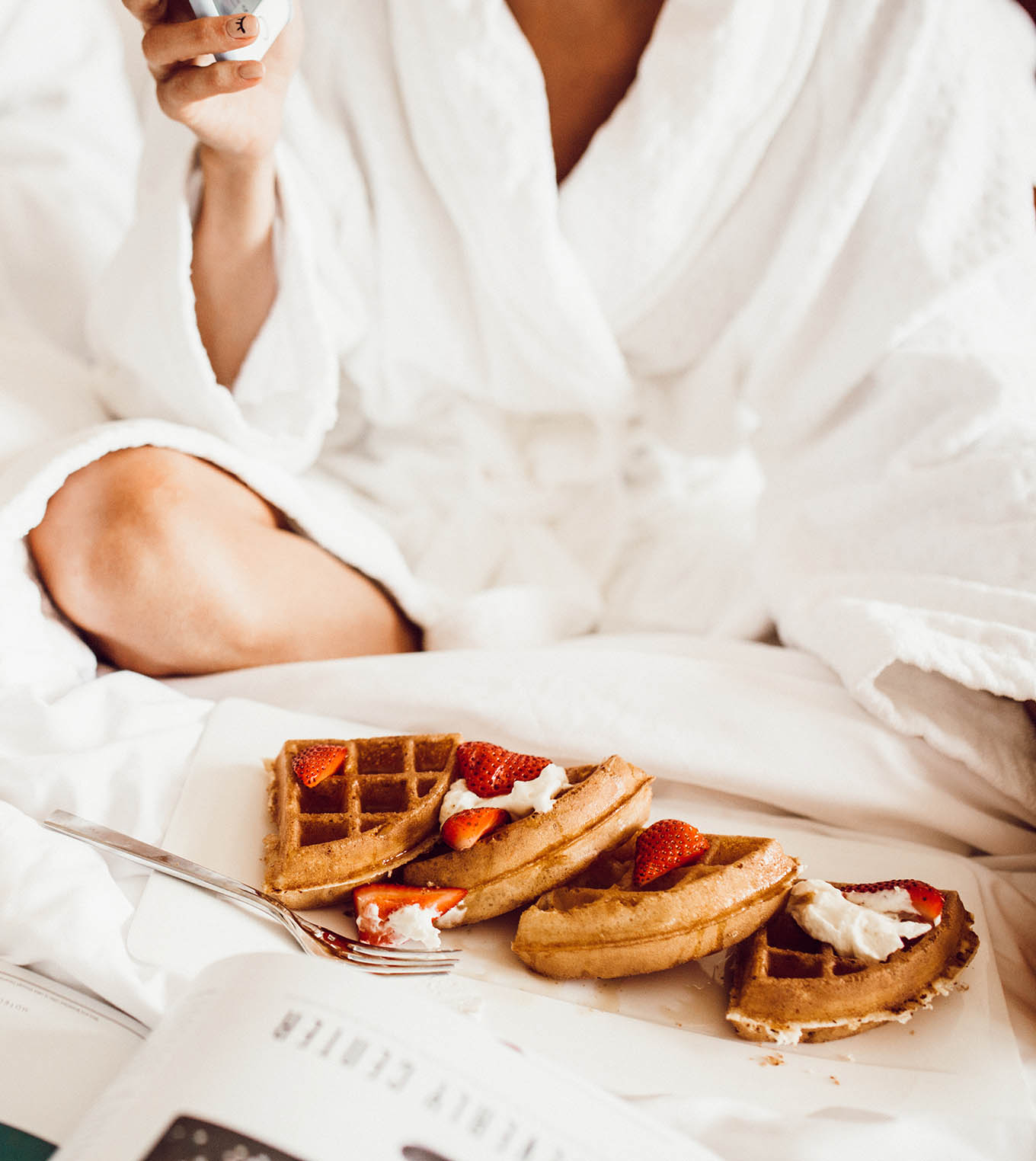 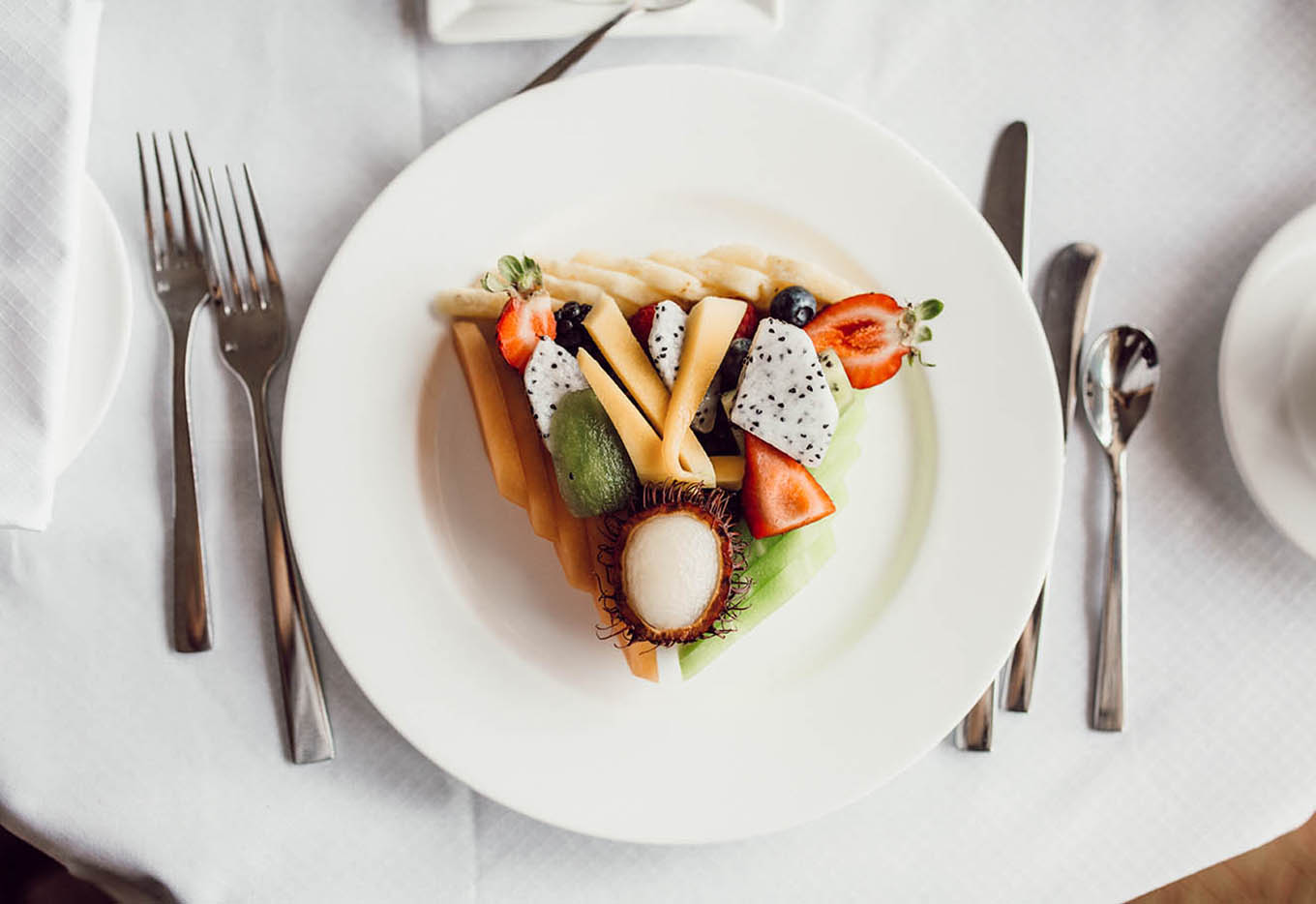 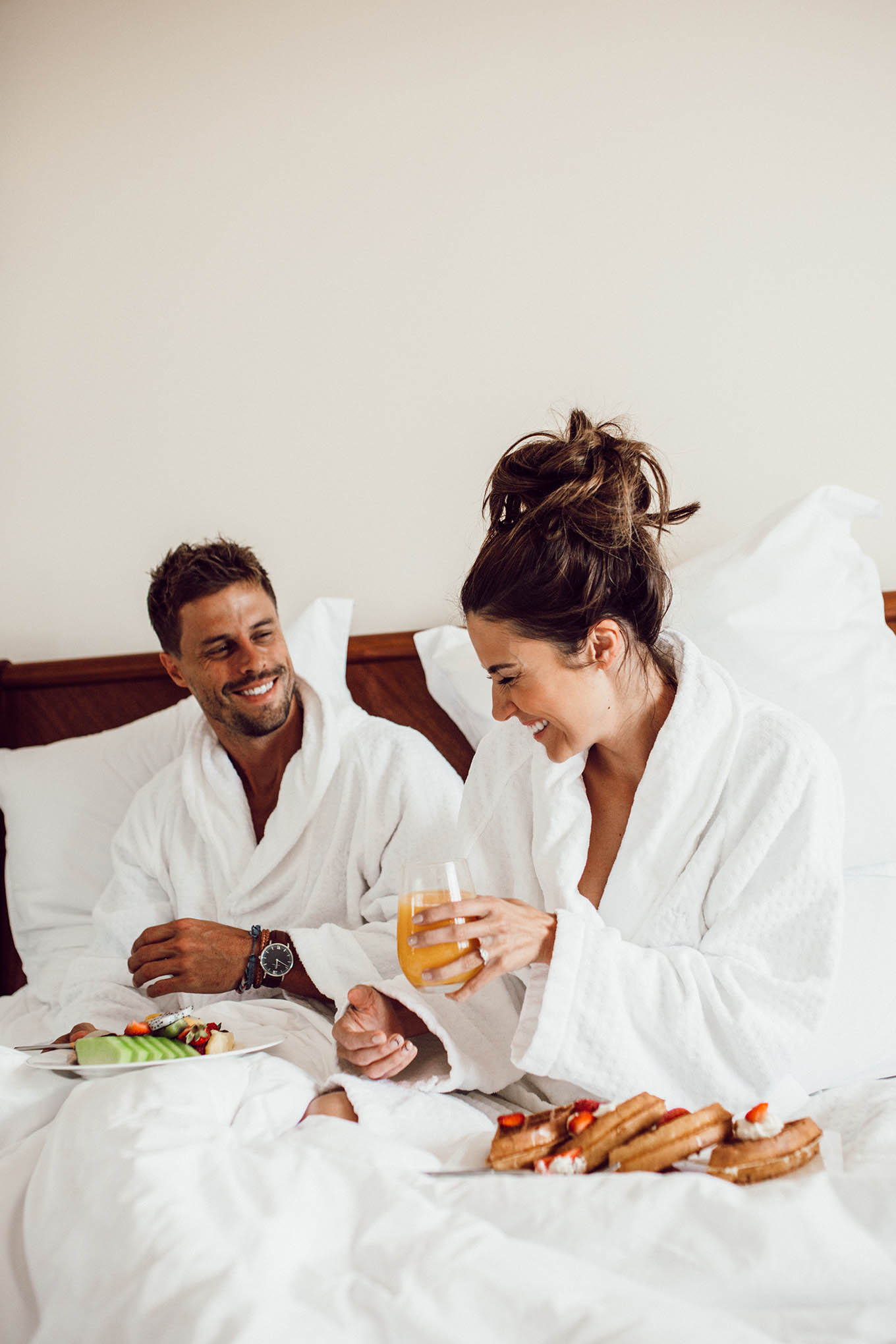 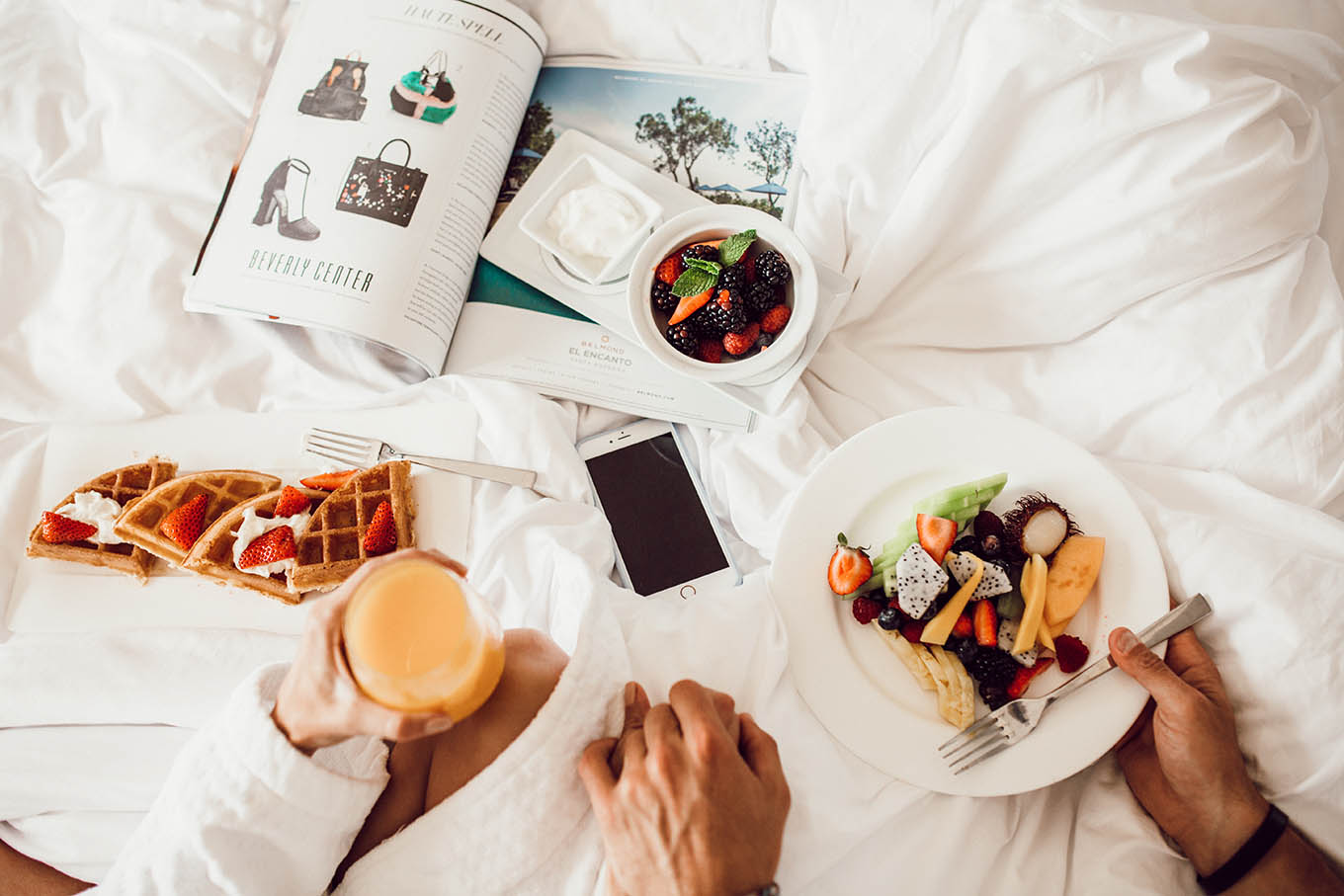 We literally laid in bed until like 11 o’clock one morning! We ordered breakfast in bed and just lounged. It’s seriously so nice having a little time just me and him to just do nothing! 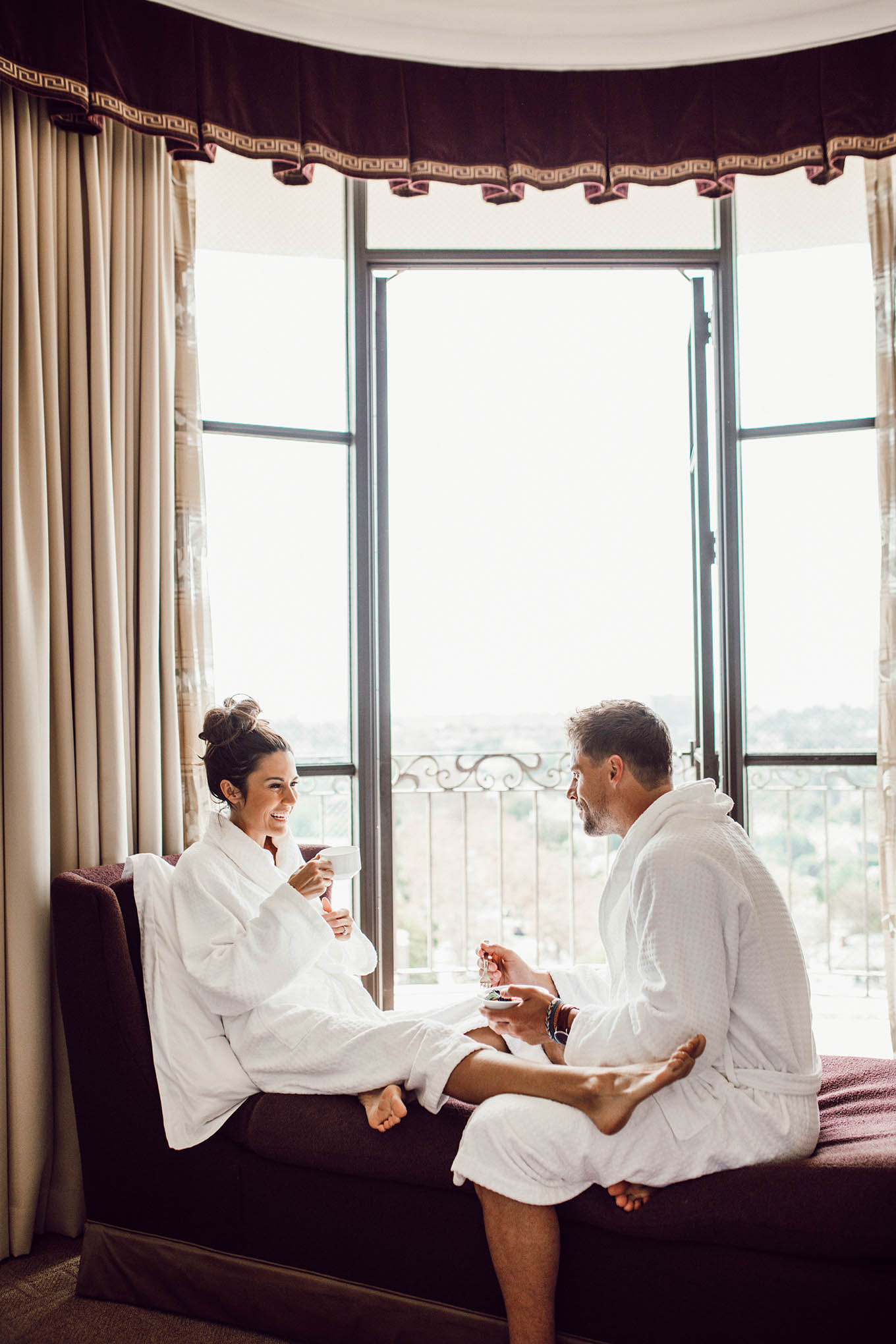 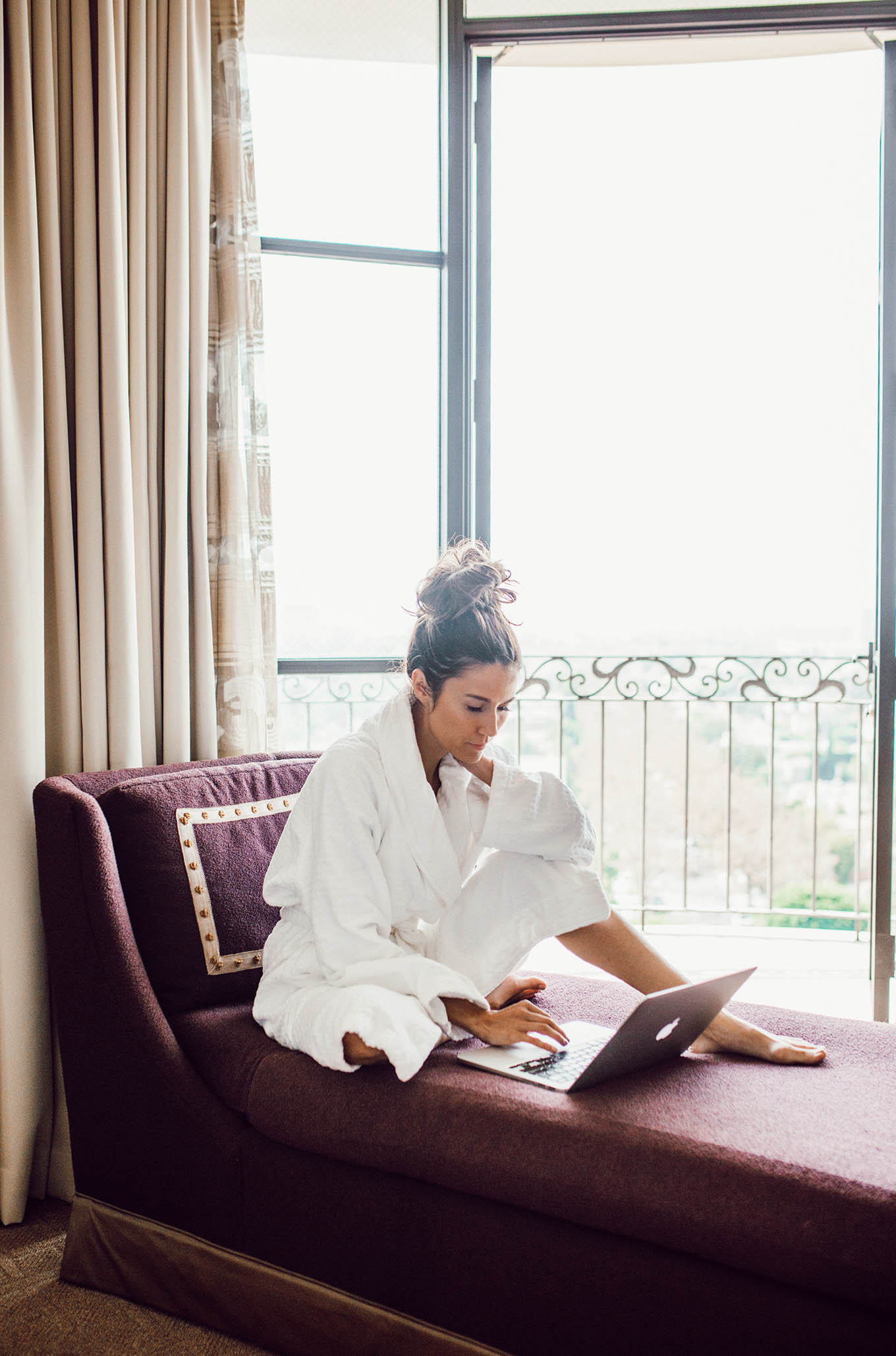 My favorite thing to do when I first get into a hotel is get in the hotel robes! I don’t know where the tradition came from but it’s always one of the first things I do and I end up lounging for as long as I can get away with it.

We stayed at the Beverly Wilshire Four Seasons and their views from their rooms are SO pretty! For sure get the room with a balcony! We would sit out in the morning on their lounge chairs and just watch the hustle and bustle of the city. Sunsets are also so good! 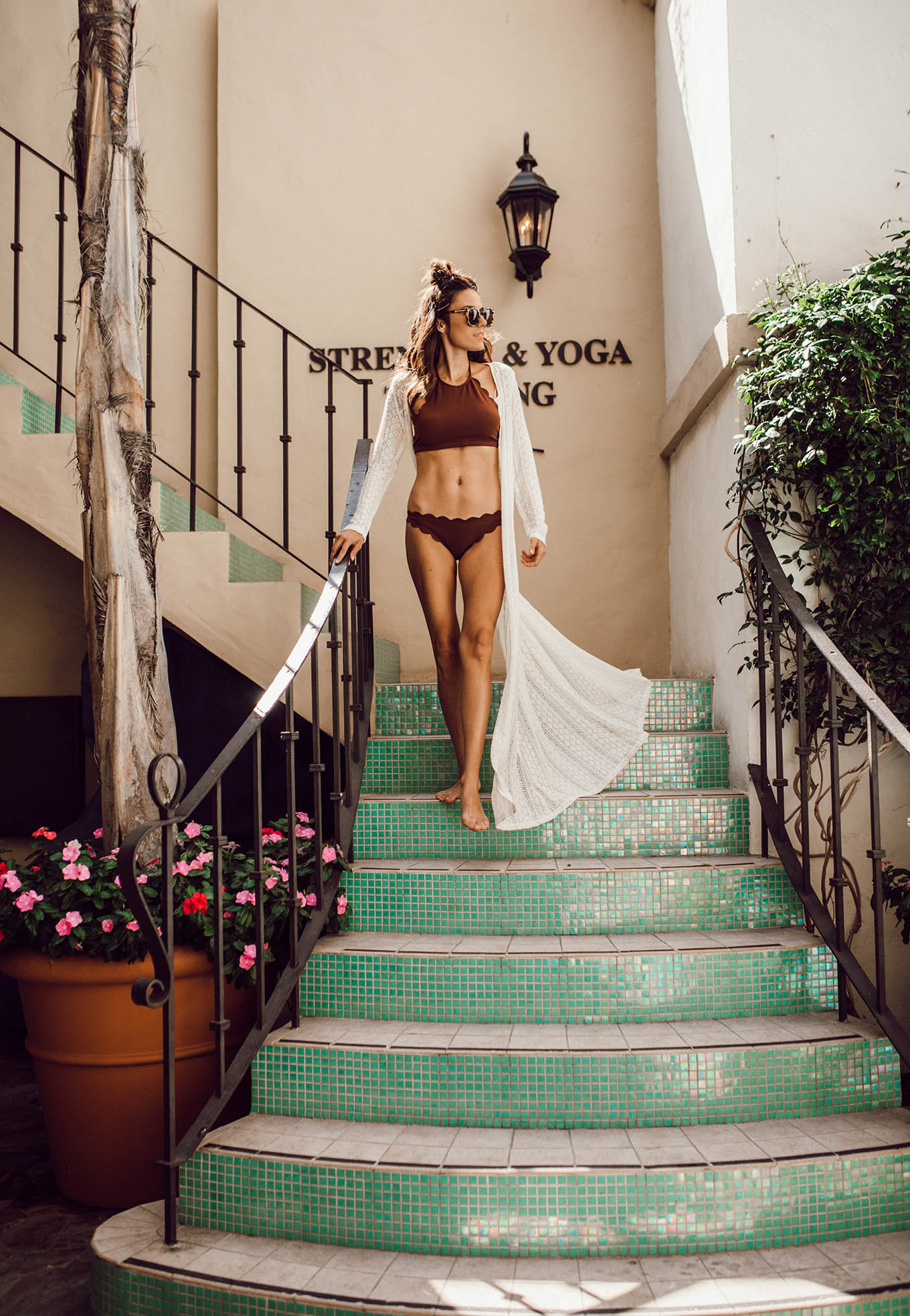 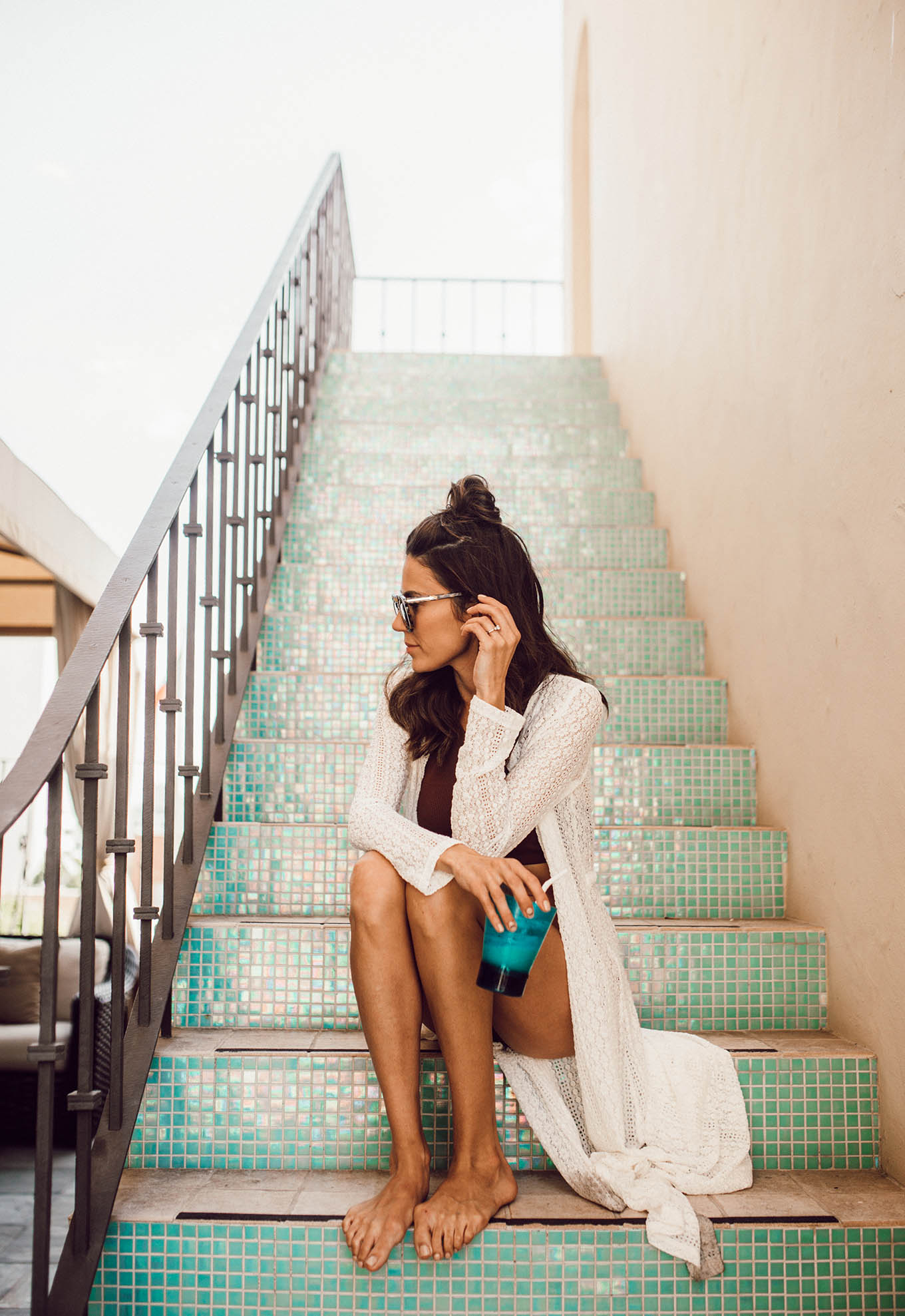 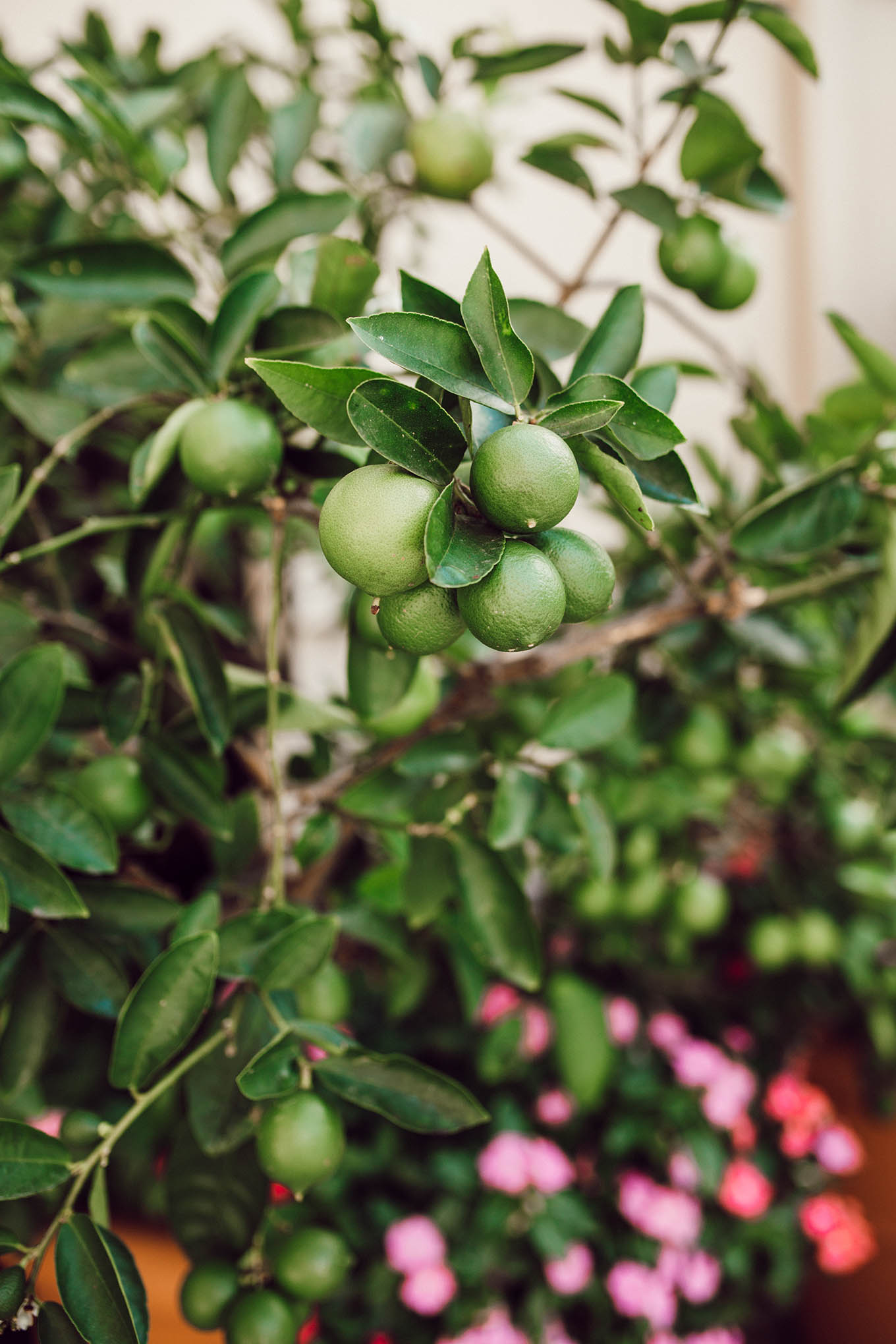 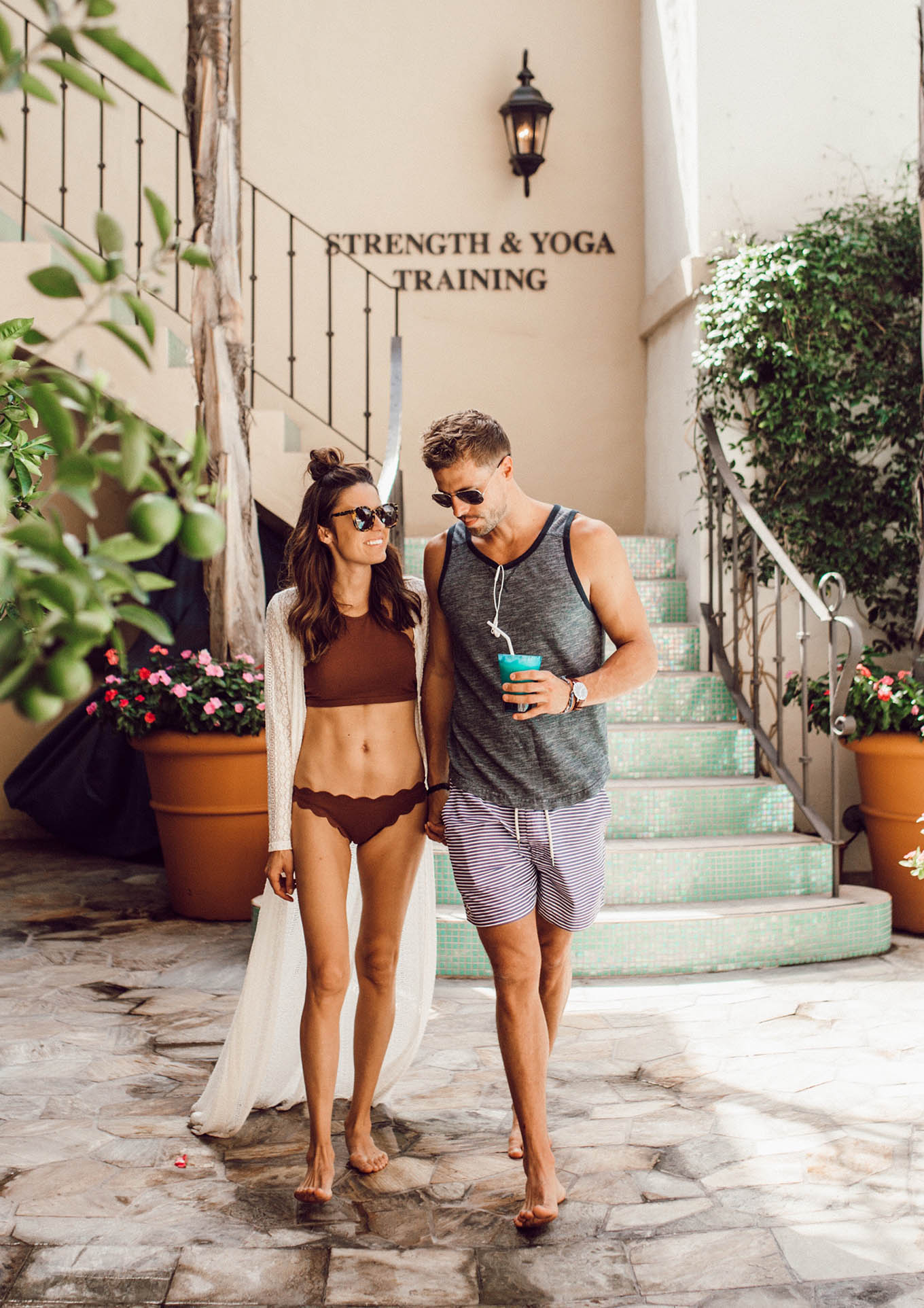 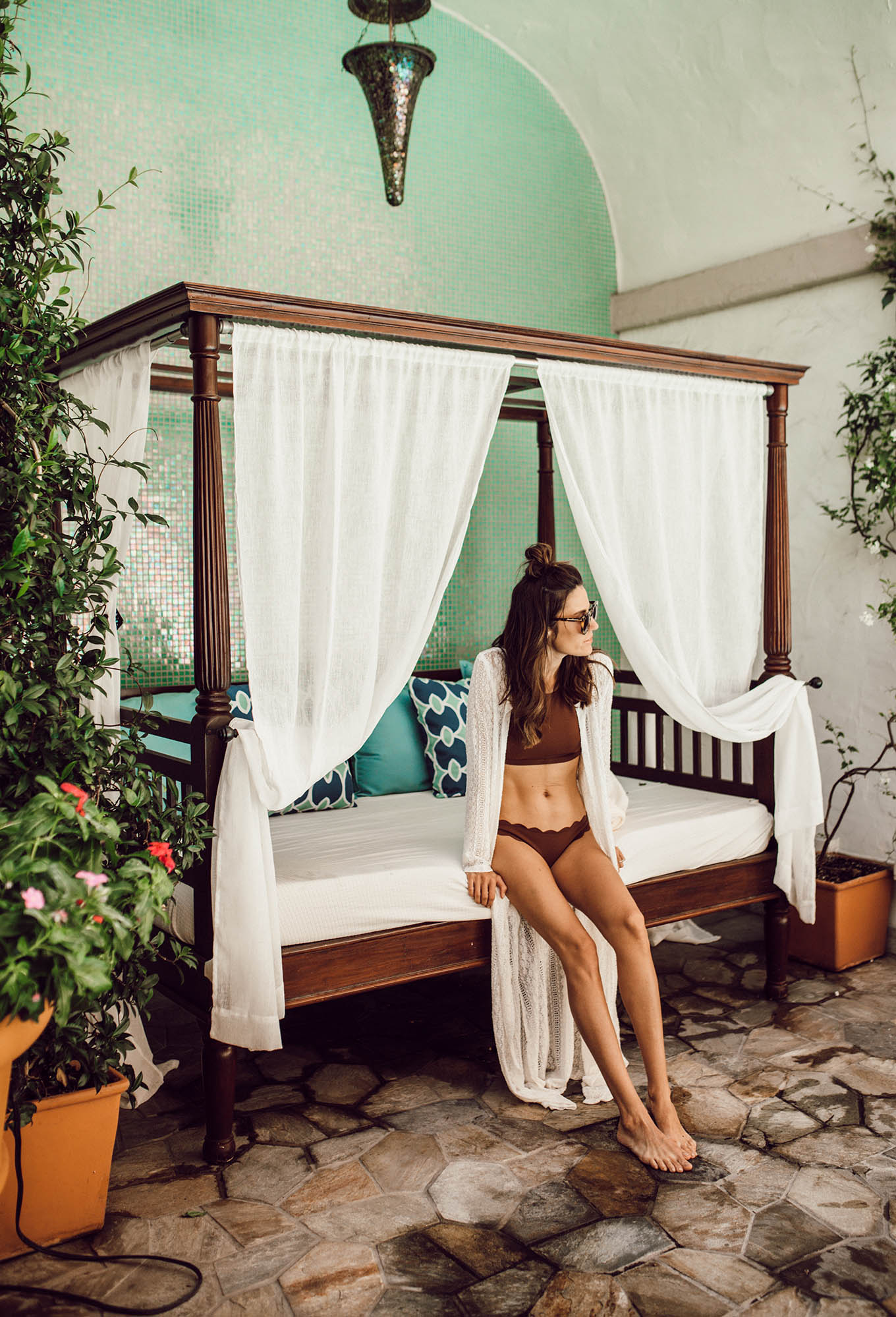 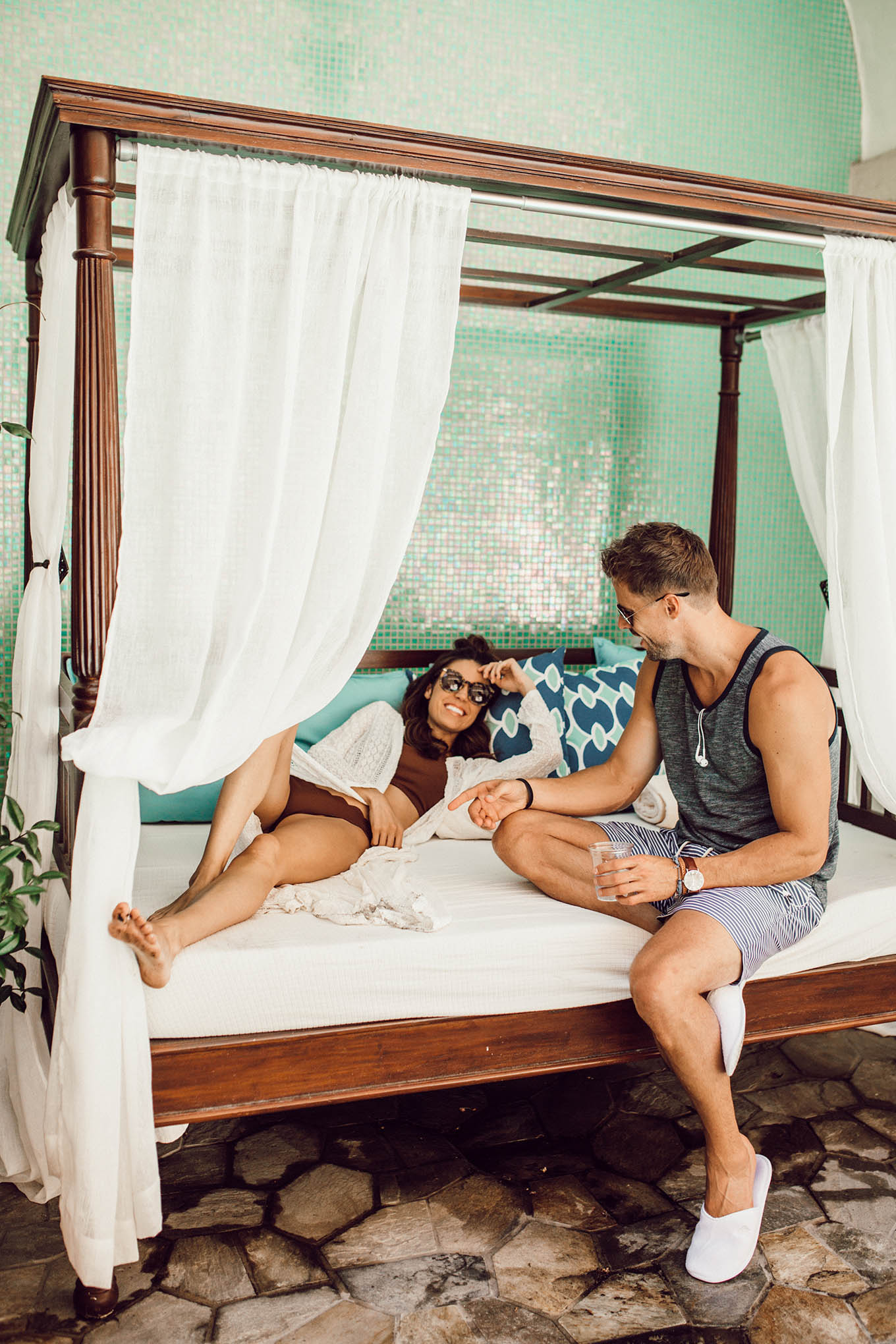 It was in the 80’s the whole time we were there, so we were able to lay out by the pool, get some pina coladas and a mini tan. 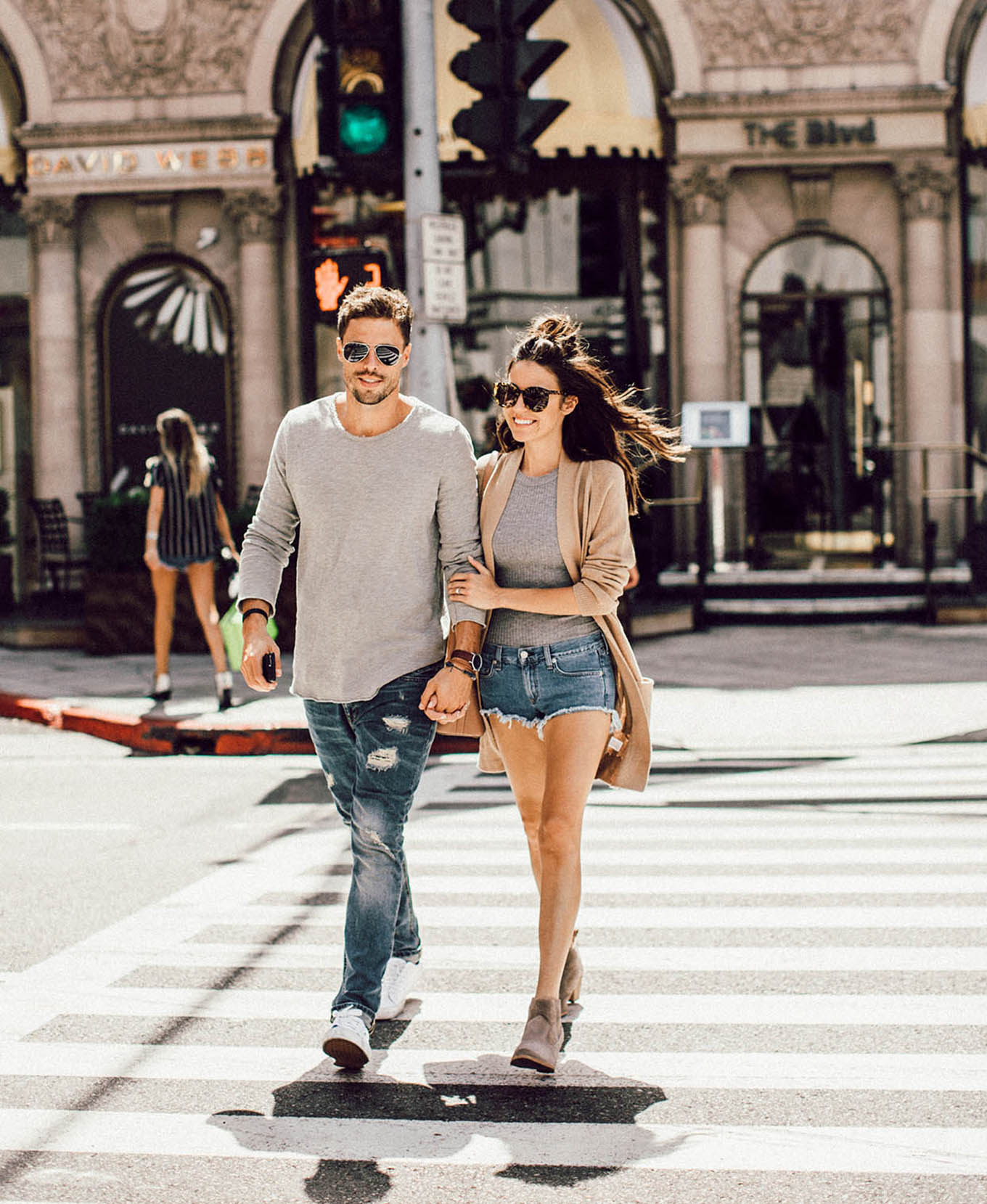 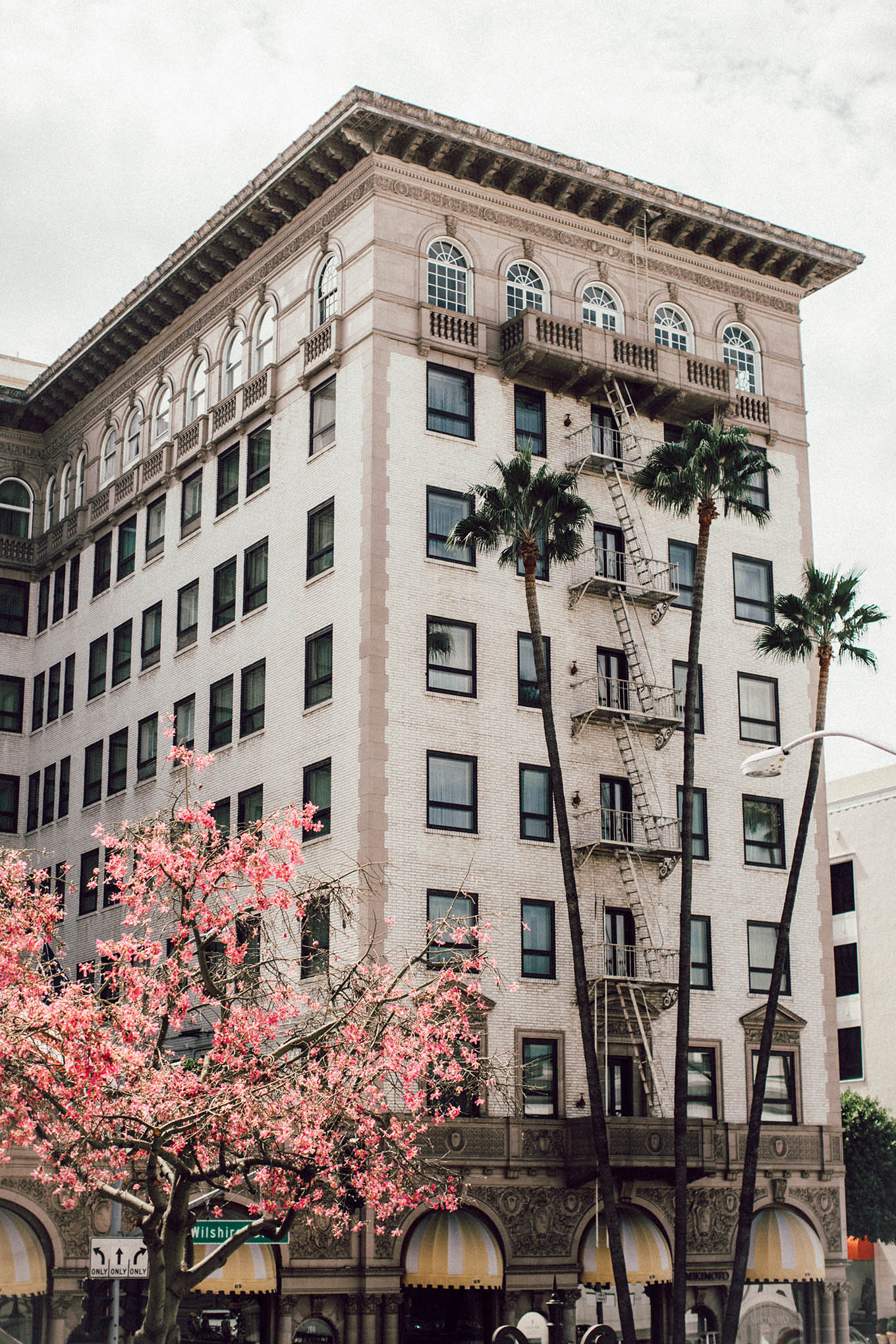 Cody is really artistic and doesn’t give himself much credit! He was like look how cool those palm trees look against the stairwell get a pic and of course it ends up being one of my favorites 🙂 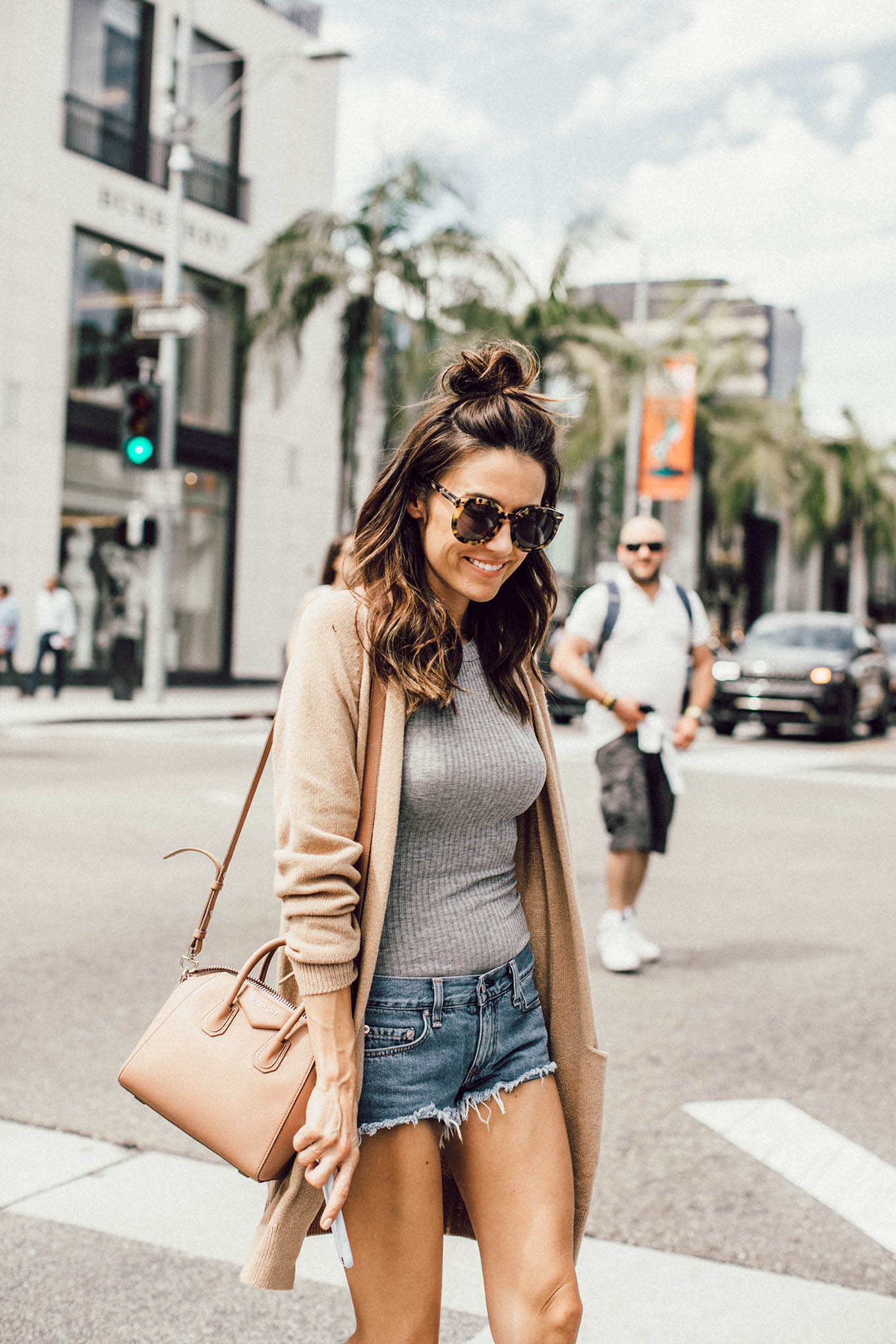 The hotel is literally right on Rodeo Drive, so you can walk out your door and go shopping! I always get a memento from each of our special vacations. Sometimes half the fun is exploring and shopping for just the right souvenir, right? 🙂 I got some super cute Gucci sneakers I had been looking for for awhile so I was excited to find them! They’ll make an appearance soon so stay tuned! 🙂 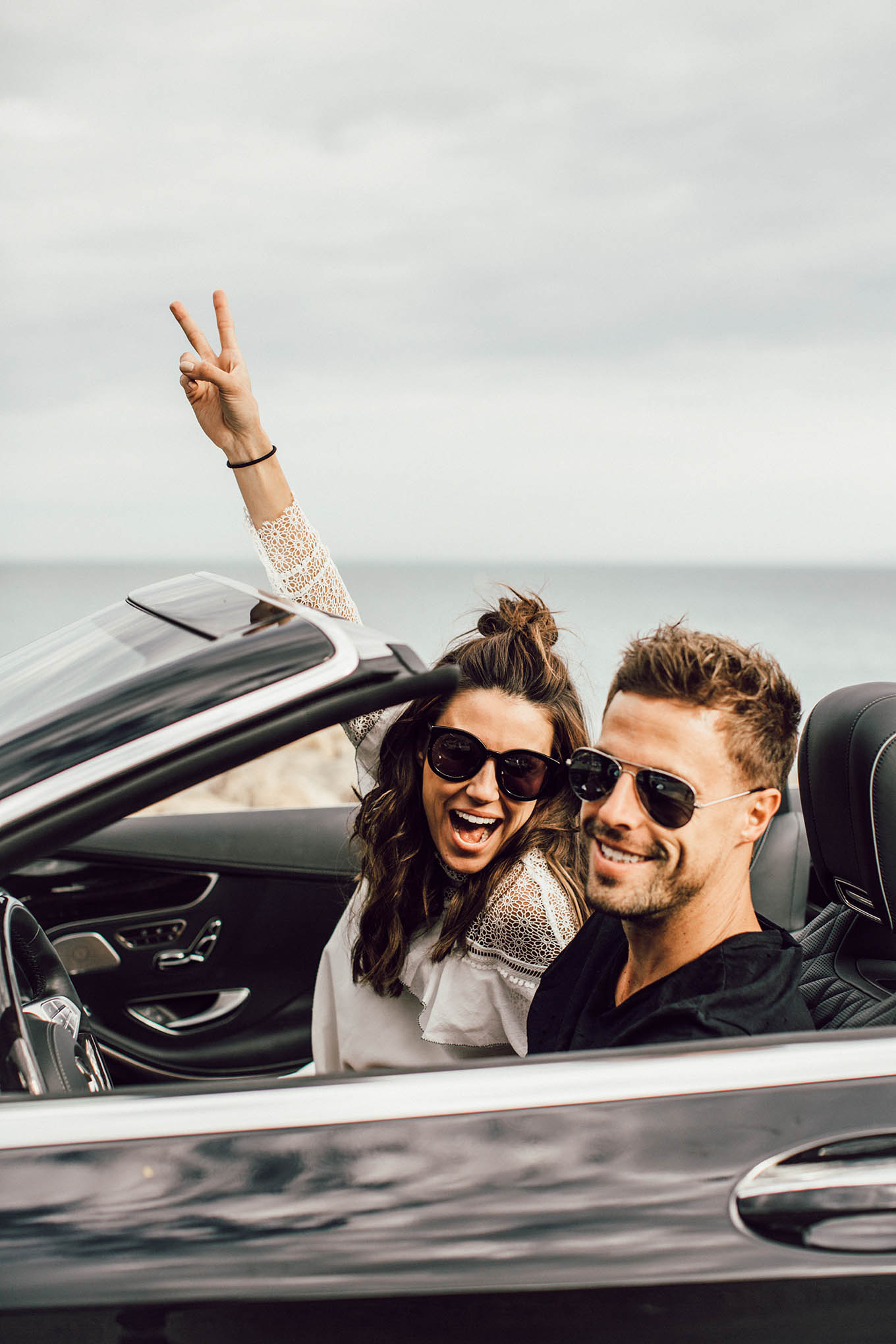 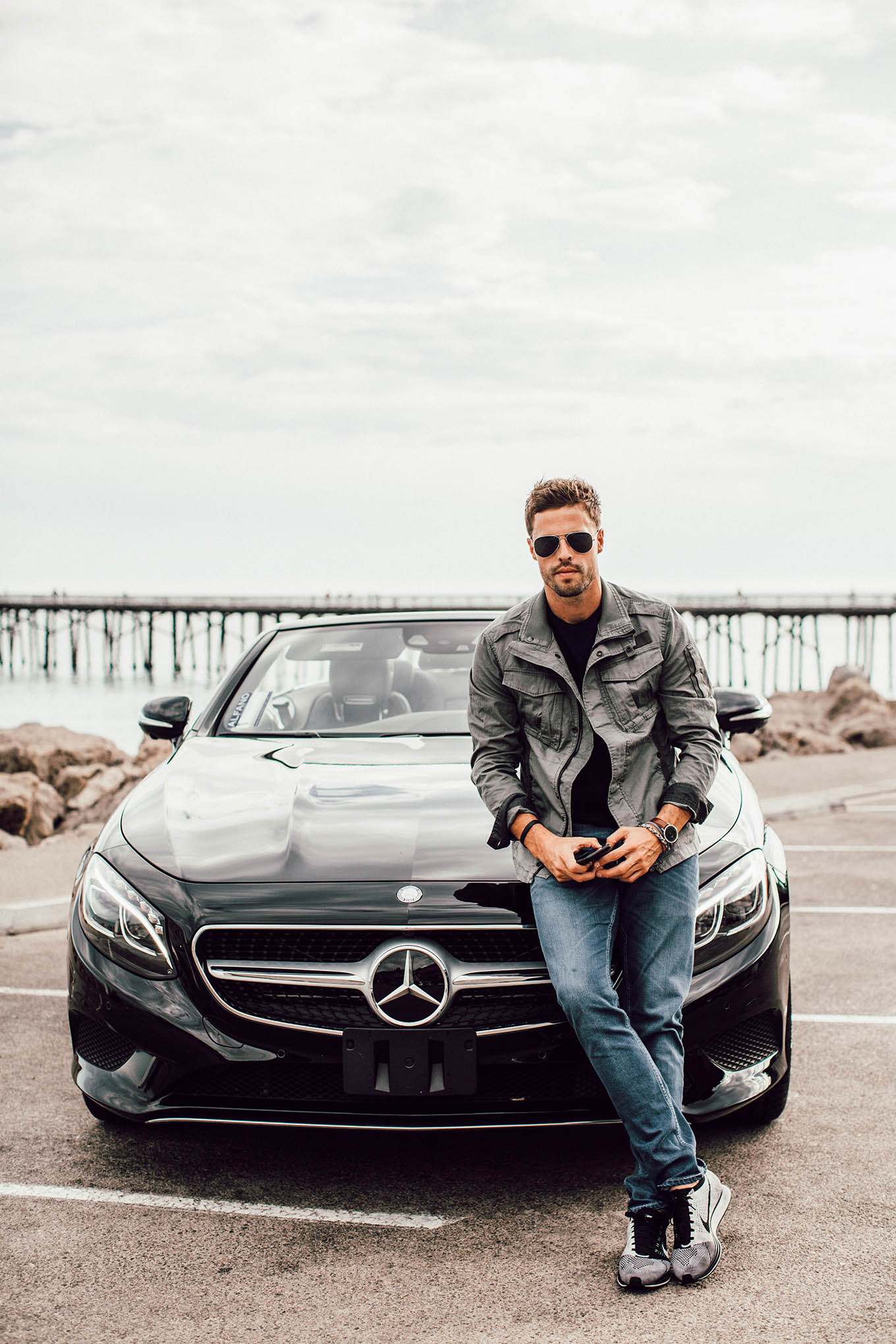 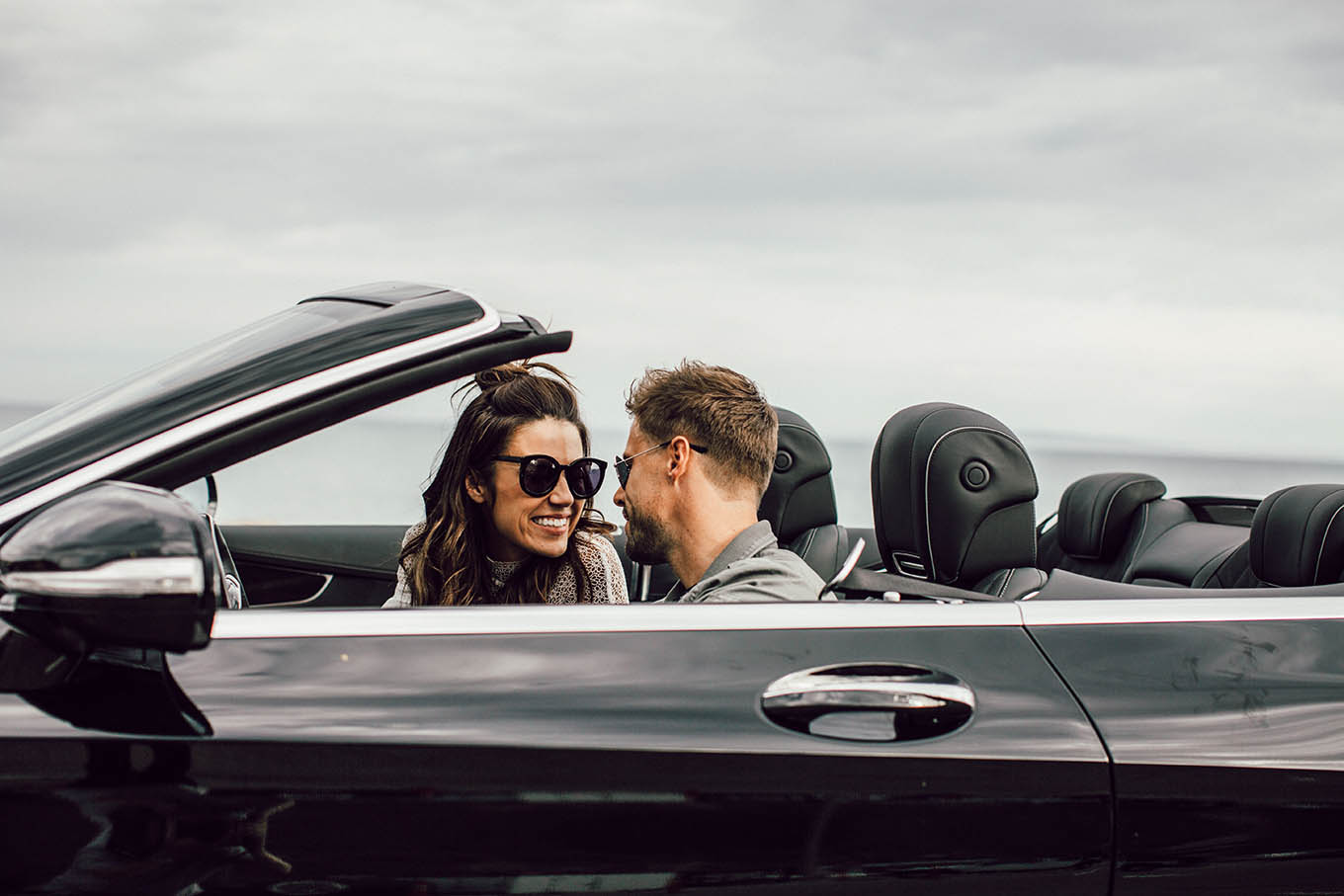 The Beverly Wilshire Four Seasons went above and beyond on taking care of everything so we didn’t have to stress about planning much on the trip. We told the concierge it was our anniversary and they put together a whole date night for us right down to every detail and it turned out to be such an unforgettable night! It was so cool because it was stuff we wouldn’t have thought to do! They set us up with a car, one of Cody’s weaknesses, he loves cars! It was a brand new Benz convertible with all the bells and whistles. I swear it was like having a whole computer in the car with as many gadgets as it had.

They made us reservations at one of Malibu’s hotspots – Nobu. When we got there Miley Cyrus and Liam Hemsworth were sitting there eating dinner with their family. Crazy! A private shuttle then picked us up and took us for the grand finale a private wine tasting at Malibu Rocky Oaks. It was seriously one of the prettiest places I’ve ever been! 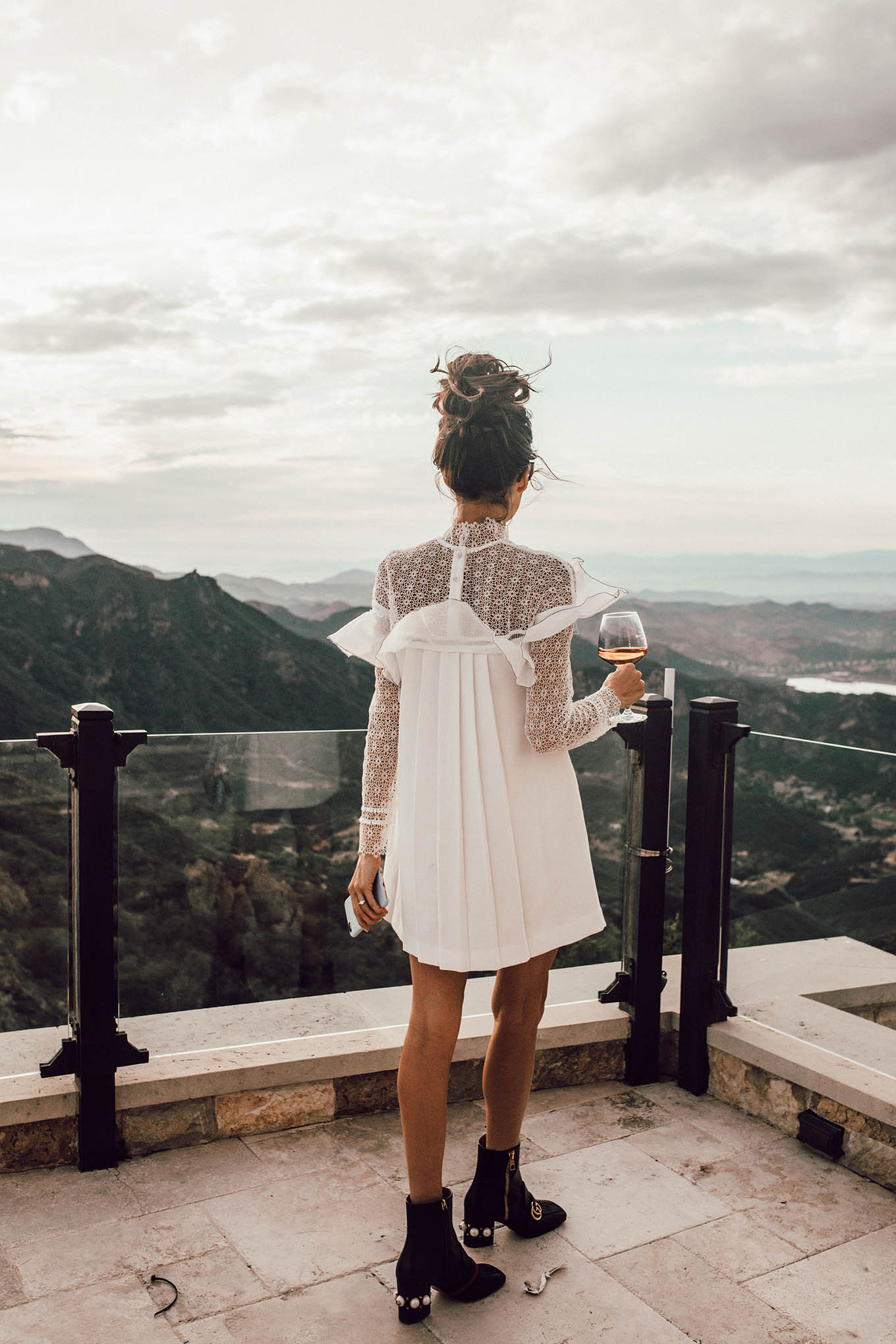 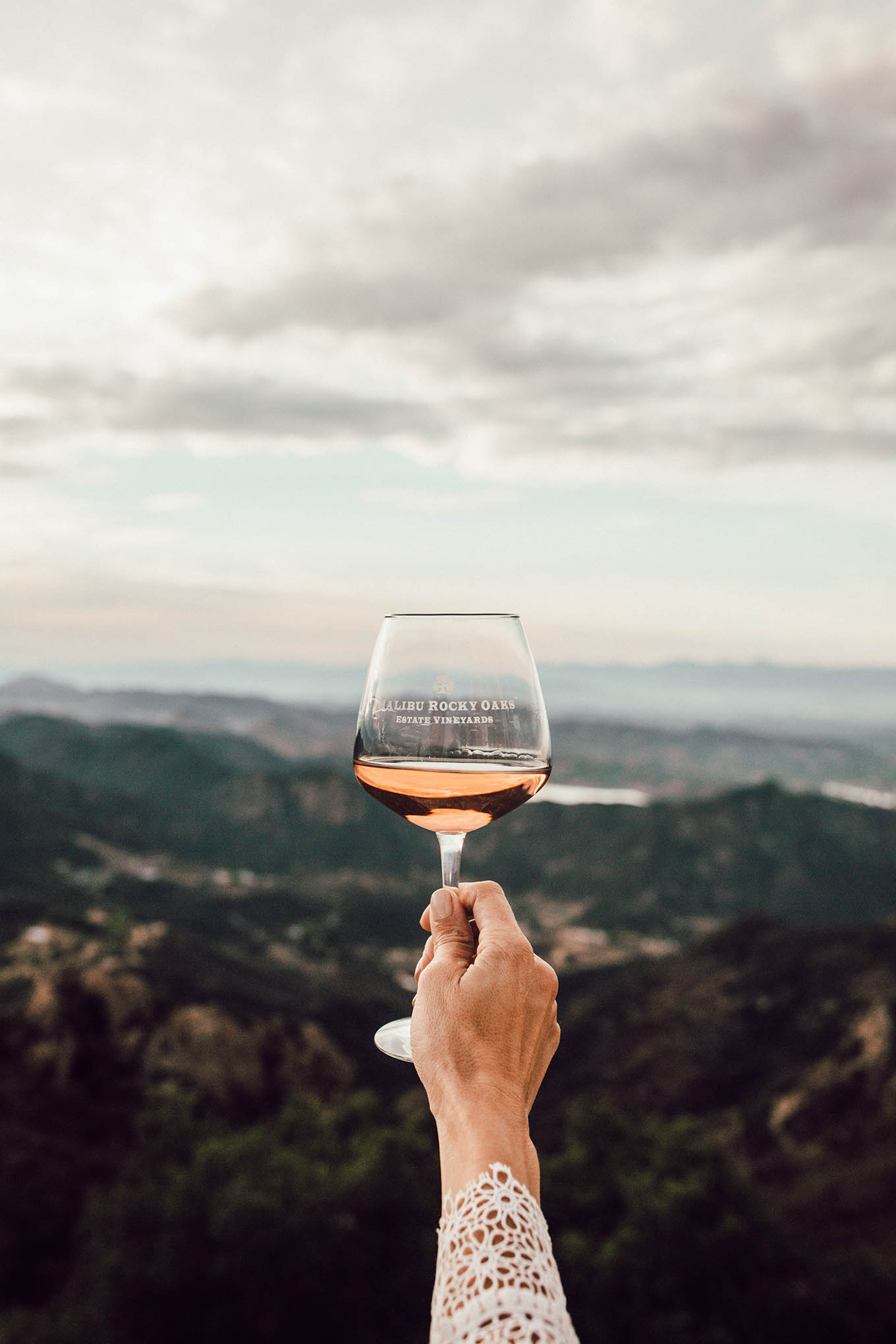 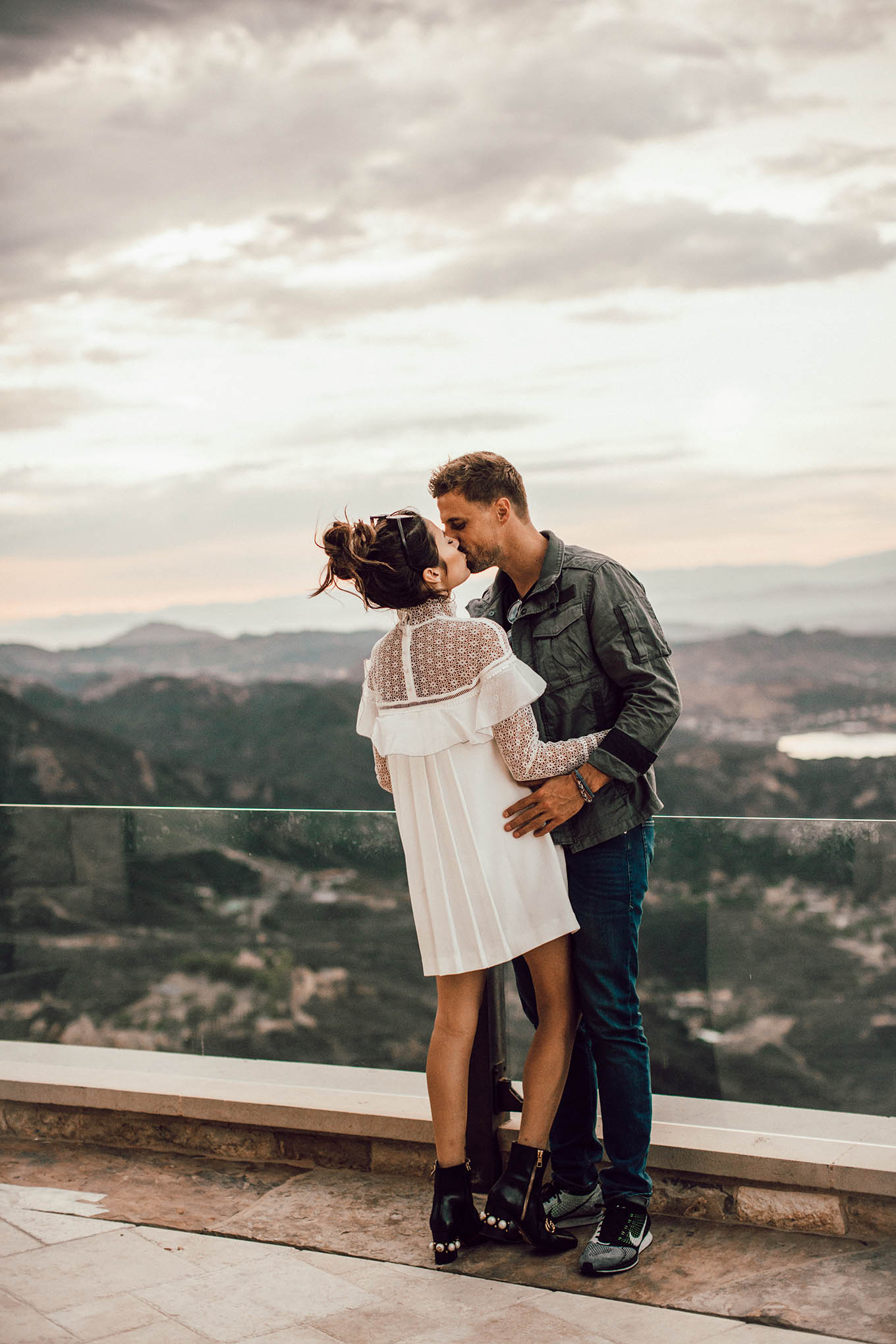 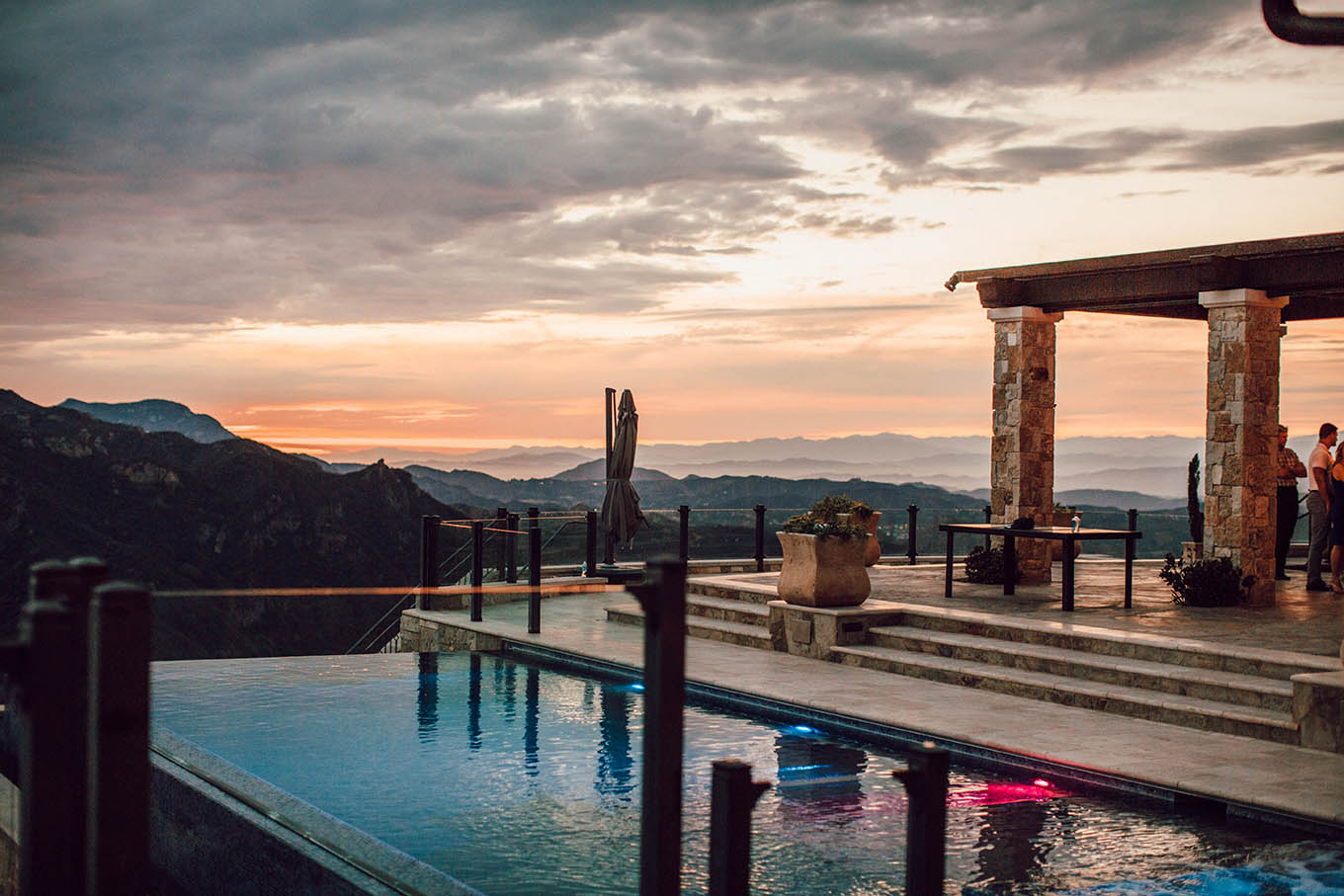 The views were seriously insane! 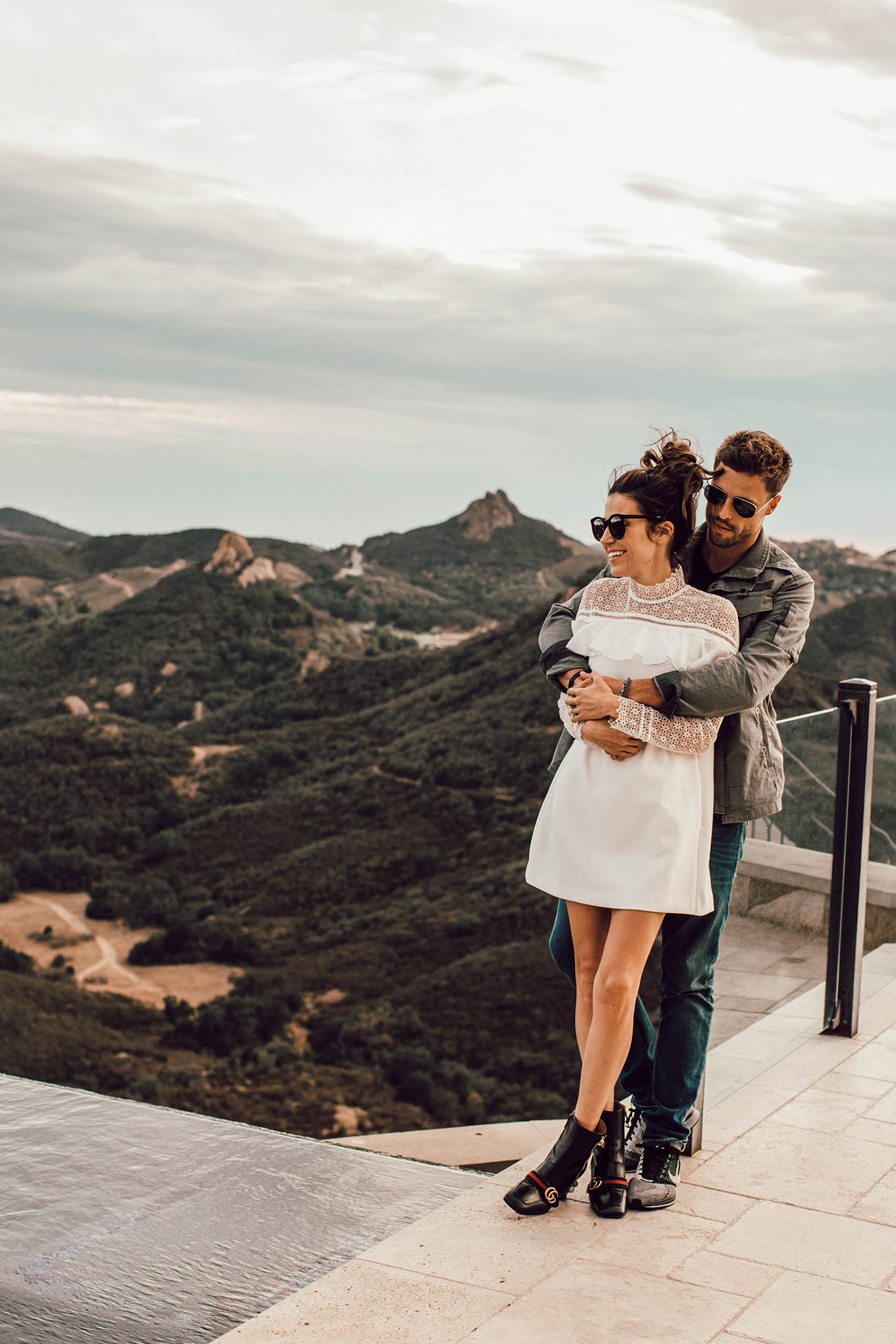 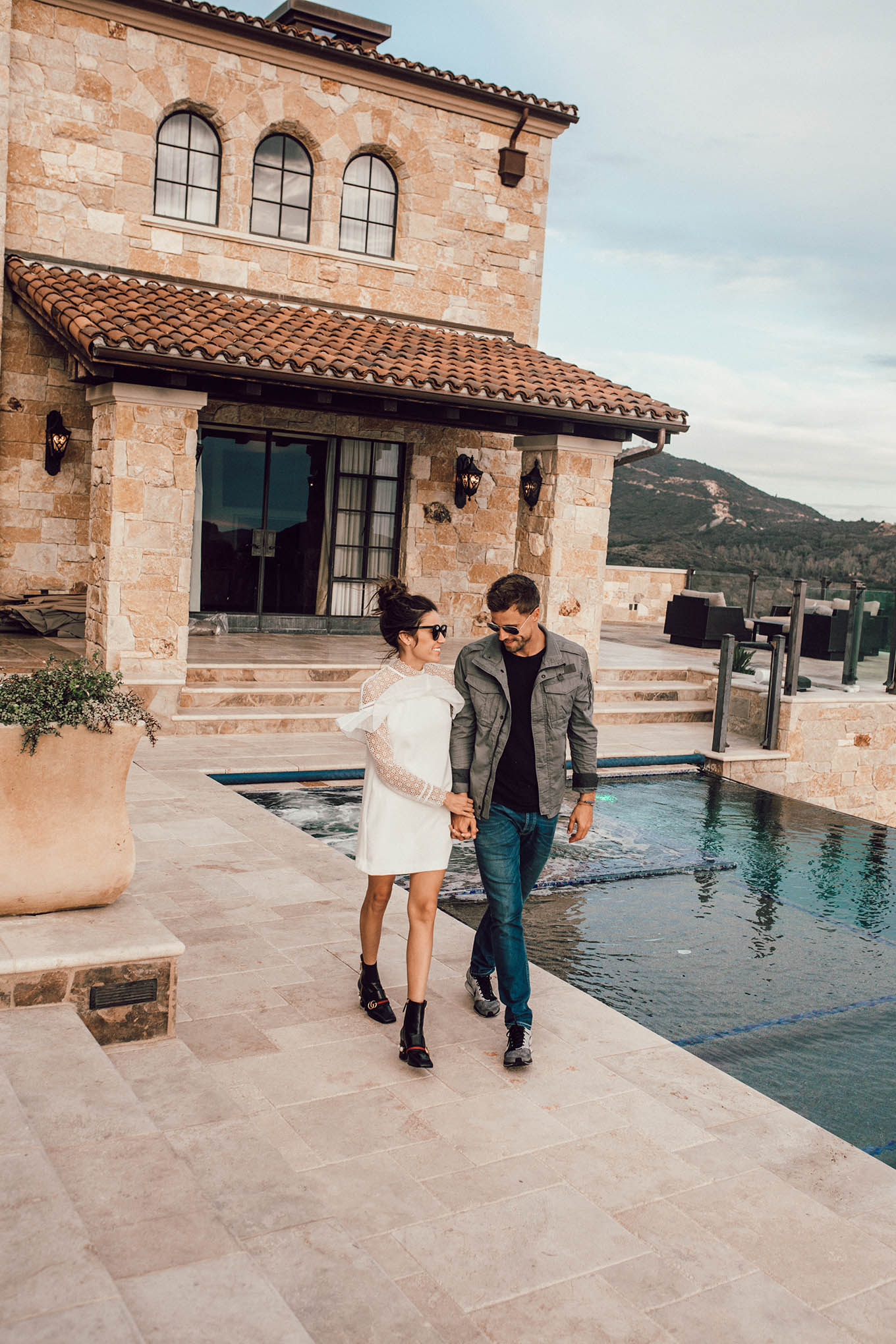 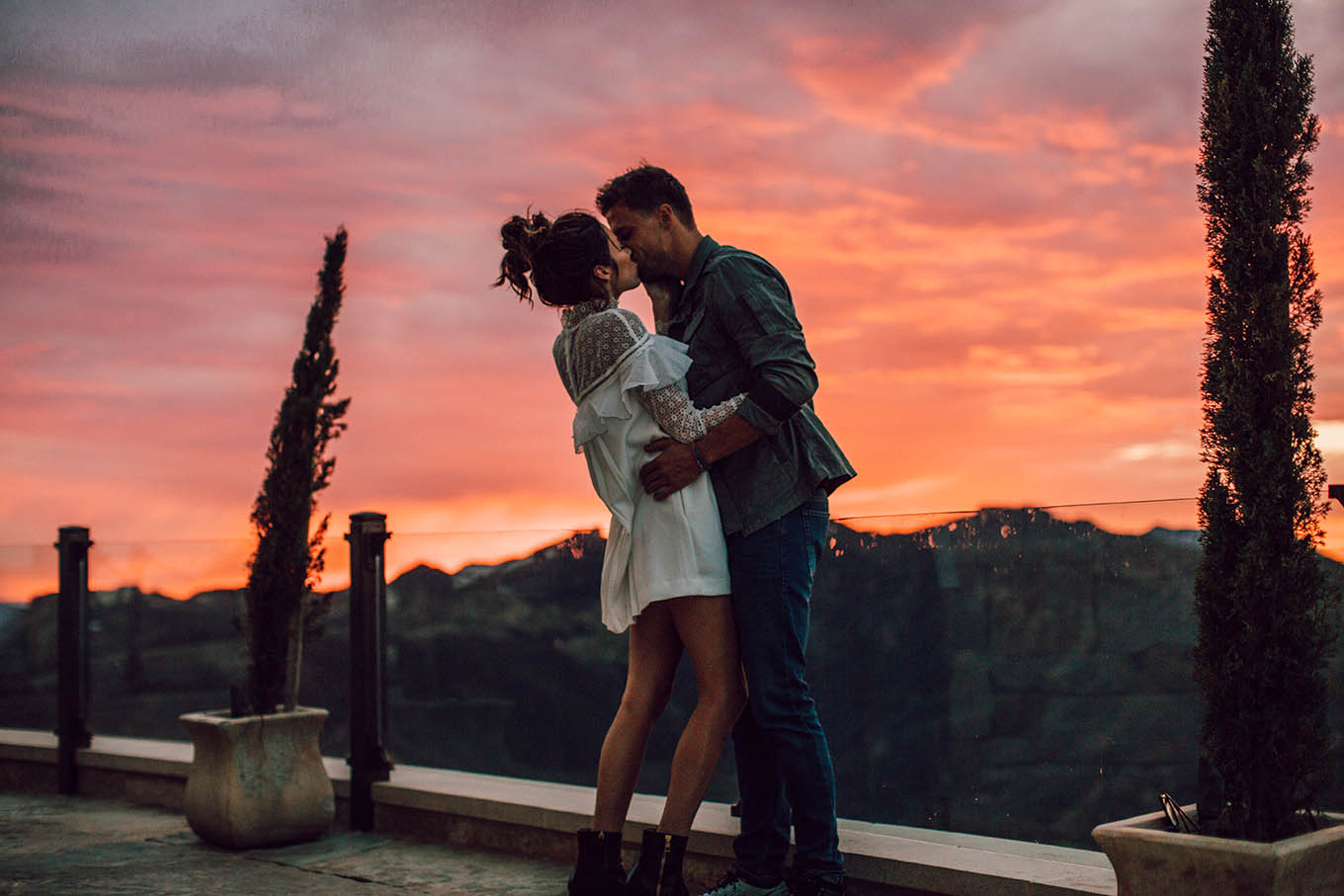 The night at Malibu Rocky Oaks was seriously unforgettable. The vineyard is literally built into the top of the mountain so it has the most amazing views. It was built before they had all the codes and regulations and now no one is allowed to build on a peak like this estate, so it will always have that 360° view of Malibu. I’m also kind of obsessed with Keeping Up With the Kardashians (guilty pleasure) and they told us they have gone up there a couple times for some episodes so I was kind of fan-girling out haha.

Random fact about Cody: he doesn’t drink, and he still thought it was one of the coolest places he has ever been. So even if your not a big wine person it’s still such an amazing experience. Honestly I can’t say enough about it!  It was magic. It was right at sunset and it was hands down the prettiest sunset I have ever seen. Every time I thought the colors couldn’t get any more amazing, they got deeper and more vibrant. It was one of the views you’ll never forget that you can never quite capture exactly in pictures or descriptions. So I’ll start rambling 😉

We seriously had the most amazing time! It was the perfect balance of downtime and exploring the city and new sights. What are some of your favorite spots around Beverly Hills?