This post has been a long time coming. WE ARE FINALLY BUILDING OUR FIRST HOME! If you are a long time follower, you’ve heard me talk about it here and there and then it would go silent, be brought up again, and disappear. But after SO MANY hiccups along the way (it’s literally been a 3+ year process since we started our plans) everything is finally moving along so well!

Through this whole process I have learned so so much! We’ve made a lot of dumb mistakes, got burned by people, realized stuff cost a lot more than we thought, realized the process was a lot longer, had arguments between me and Cody over what we want, and so on and so on!  I wanted to share some of things we’ve learned so if you’re building you hopefully don’t go through the same headache we did!

This post is going to turn into a novel, but I wanted to share the WHOLE story. We’ve been through three builders and years trying to make this happen, so it’s a lot to share.

I’ll start with the lot. We drove by this lot every day for months and fell in love with the view! It was our dream lot, but it was never up for sale, until one random day we noticed a FOR SALE sign. We called and it was out of our price range so we set big goals for work, and hoped it wouldn’t sell before then. When the time came that we were able to get the lot it was still for sale!! The owner told us he had lots of developers reach out to buy it but he wanted to sell it to a family and was so excited for it to be our first home. We closed on the lot right around Christmas of 2014.

BUILDER ONE. Our first builder was super nice and had been referred by a friend, but during the very beginning stages of getting things approved, someone in his family got terminally ill. We had been on the fence about actually building the home because we found a lot we really liked by my sister-in-law (who we hang out with every weekend) and thought maybe it was a sign to sell our old one and build by her. So we held off, put our old lot up for sale, put an offer in on the lot next to Cody’s sister, and thought it was a done deal. When we did our due diligence on the new lot we found it had been used as a dump site years ago for old refrigerators and appliances so we were worried about that, and also found out there was no way to make our current house plans feasibly fit on the new lot without going back to square one, which means thousands of dollars down the drain for the plans we had already perfected. So we pulled our offer and decided to find a new builder and build on our original lot.

BUILDER TWO: Honestly, I can’t even remember how we found these guys but this is where things really went wrong. The one thing I will say they did do right is help us make some adjustments to the house plans to utilize some of the space for things we would use more, like taking out the office downstairs and turning it into a bedroom and making a bigger closet for my office upstairs since I work so much from home. The major things that went wrong were the timeline and the budget (they went over our budget by 40+%). I understand that sometimes things cost more but they never brought these increased prices to us they would just send us bills for the overages. We broke ground on our home on Beckam’s birthday last year, March 16th, 2017, and then months and months went by and it seemed like next to nothing was being done. 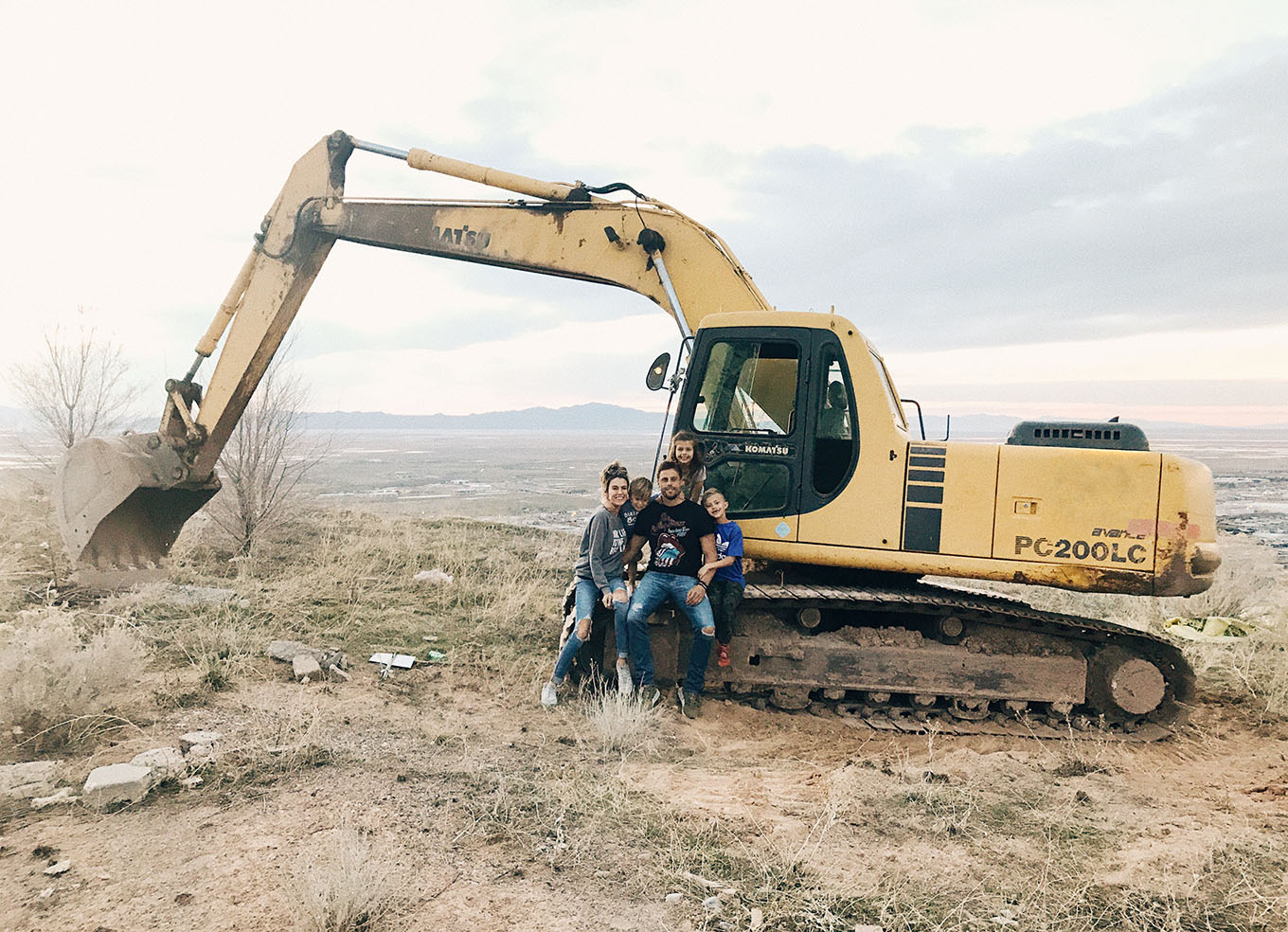 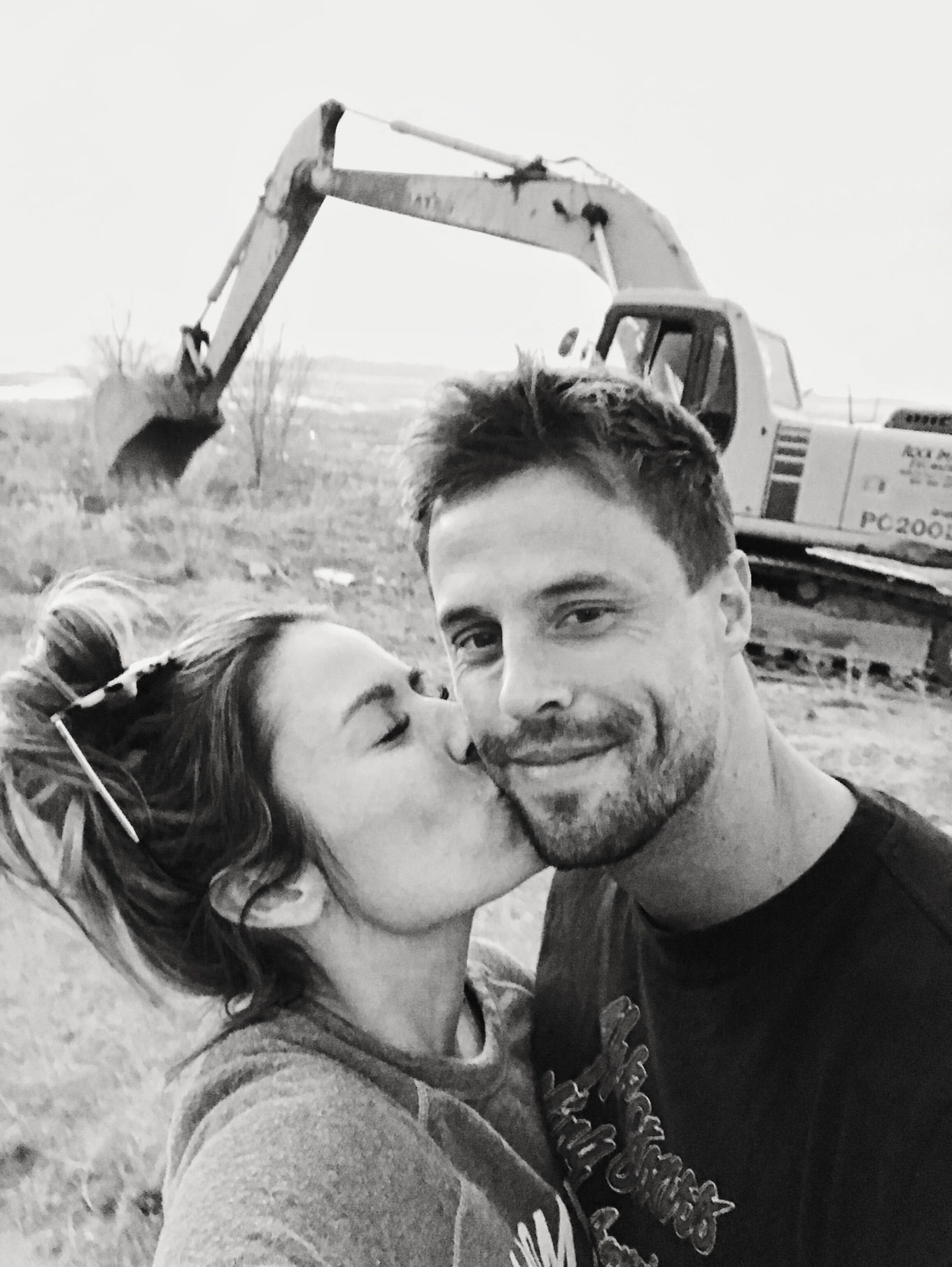 September rolled around (six months later) and they hadn’t even finished pouring the foundation, which in my opinion is ridiculous. Over and over again we were promised it would be done the next week and it didn’t happen. Because we were new to building, I didn’t know if this was typical because everyone says it will take longer than you plan. I kept calling friends who had built and they said it didn’t seem right so we finally started reaching out to new builders because prices were continually going up and it felt like nothing was being done. Other houses around us started going up that broke ground months after us and they were already framing! I will go into more details about some of the major issues in my Q&A post, but the biggest thing was I didn’t feel like I could trust our builders, and because you spend so much time and money with these people I think trust is one of the biggest things you need to have with whoever you pick.

*If you are building in Salt Lake or Davis County, you can privately email or dm me and I will tell you the name of the builders because I WOULD NEVER SUGGEST THEM TO ANYONE. 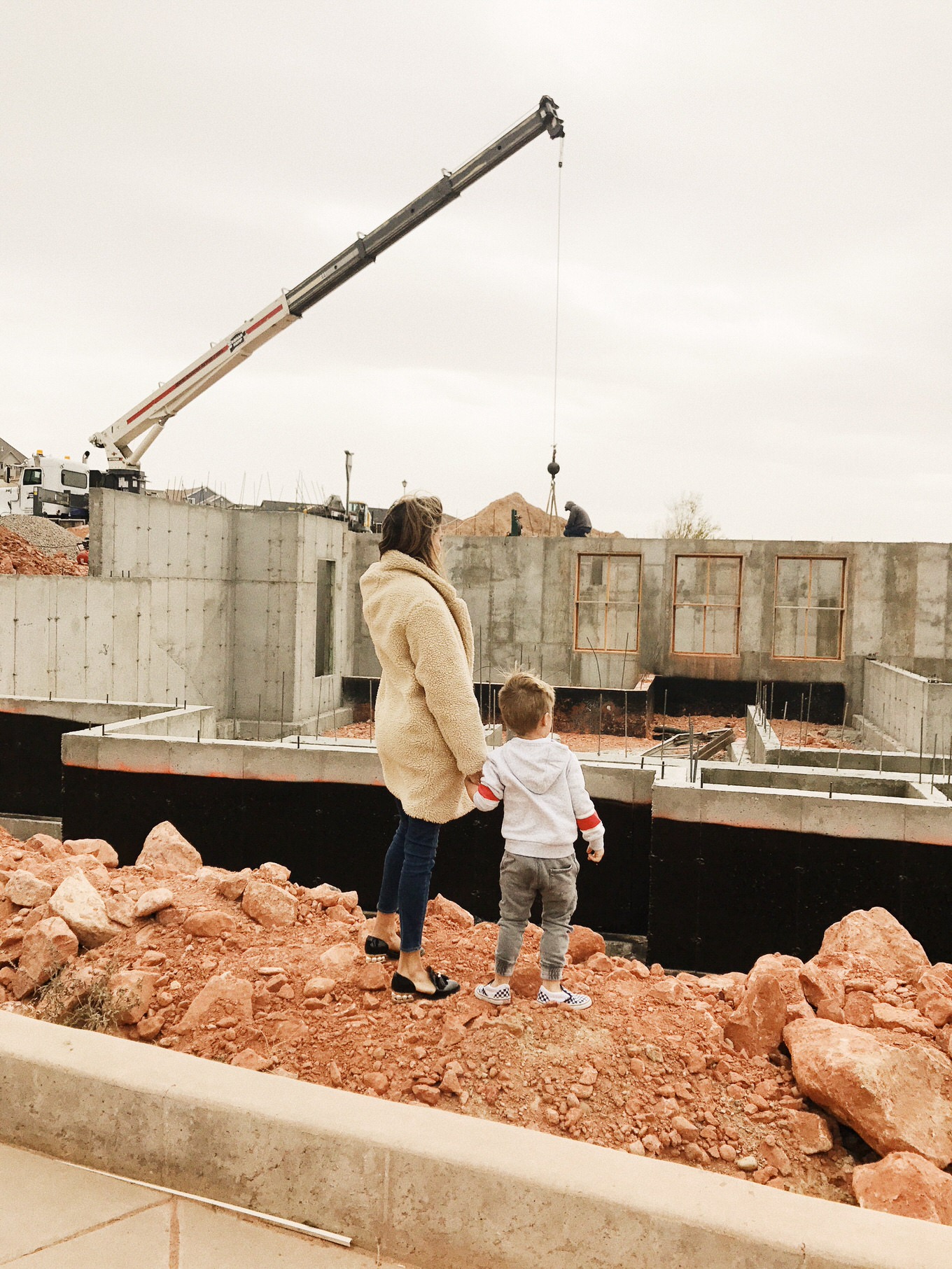 BUILDER THREE: Our current builder is Brian Hansen of Heritage Custom Homes, and his wife Erin Hansen is our interior designer. I had actually found Erin through the Parade of Homes. We fell in love with the clean modern design she did for the parade home. We actually hired her first while we had our second builders. I was continually calling her about my frustrations with the constant delays and one day when I was so fed up I said WE NEED NEW BUILDERS! She told me her husband was a builder and hadn’t mentioned it before because she didn’t want me to feel like she was just suggesting him because they were married. We met with them and you could just sense the honesty and passion they had for their job! Brian took everything over and has literally been a dream to work with. He’s helped us readjust things to get us back to a realistic budget, been on time consistently ( I can’t tell you how much this means after having almost nothing be on time with our previous builders), he has called me with ways to SAVE money where he sees it – another huge thing we never had happen before. He’s been so honest and realistic about things, it has made these last couple months so much easier to build and actually got me EXCITED about the house again. (I’m not sponsored to say this in any way, I say this all because after how much money, time, and headache we lost over our second builder I would NEVER want someone to go through the same thing.) I can’t tell you how many times Cody and I said, “Is this even worth it?” while working with the second builders – it was a true true nightmare. I am so so thankful we found Brian and Erin. I think I appreciate it on a different level because I saw how wrong building can really go!

So now things are rolling!!! We are expected to be in July this year!

December 20th: The first wall goes up! It’s a tiny little wall but it was OUR FIRST WALL!! 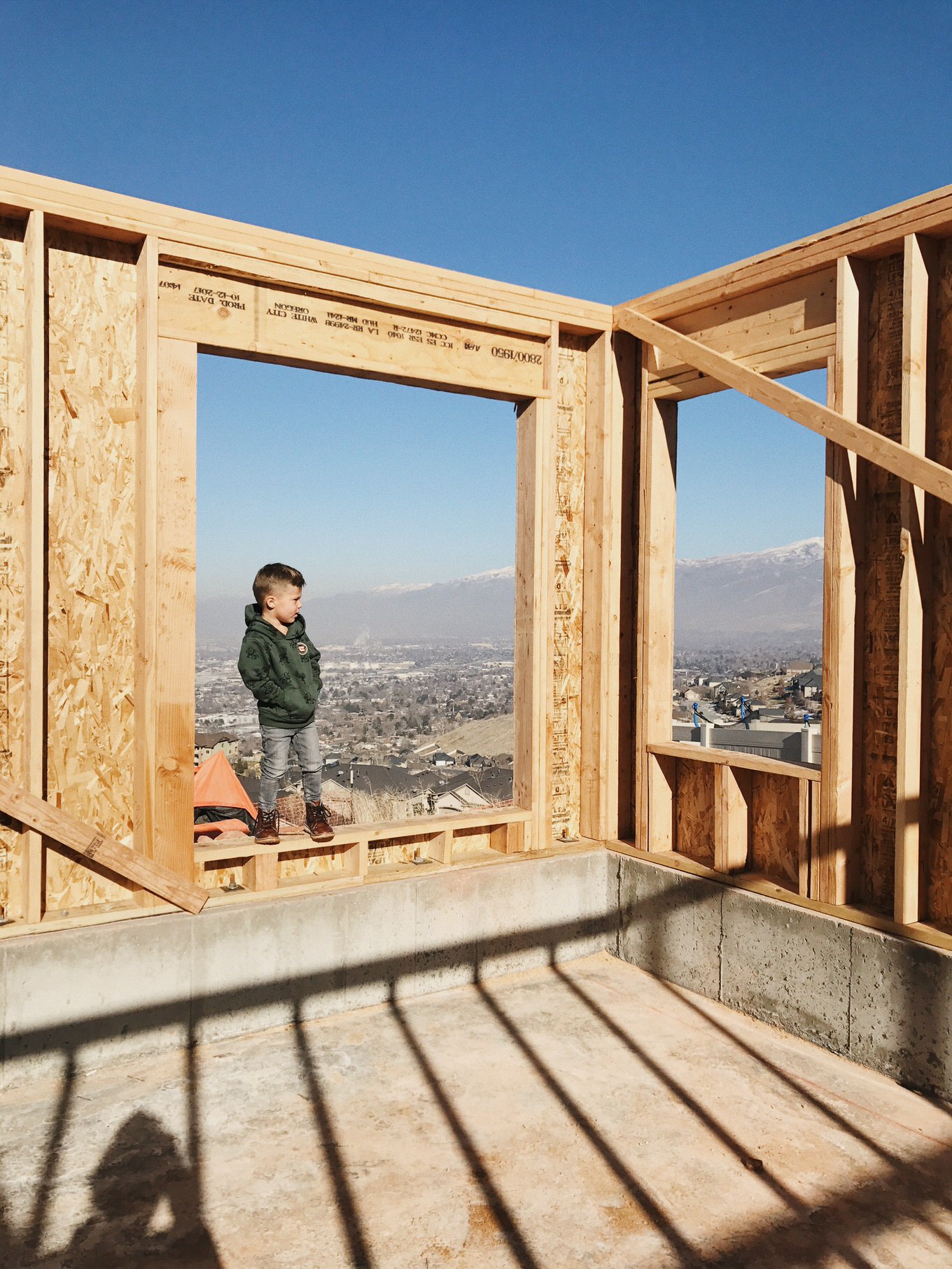 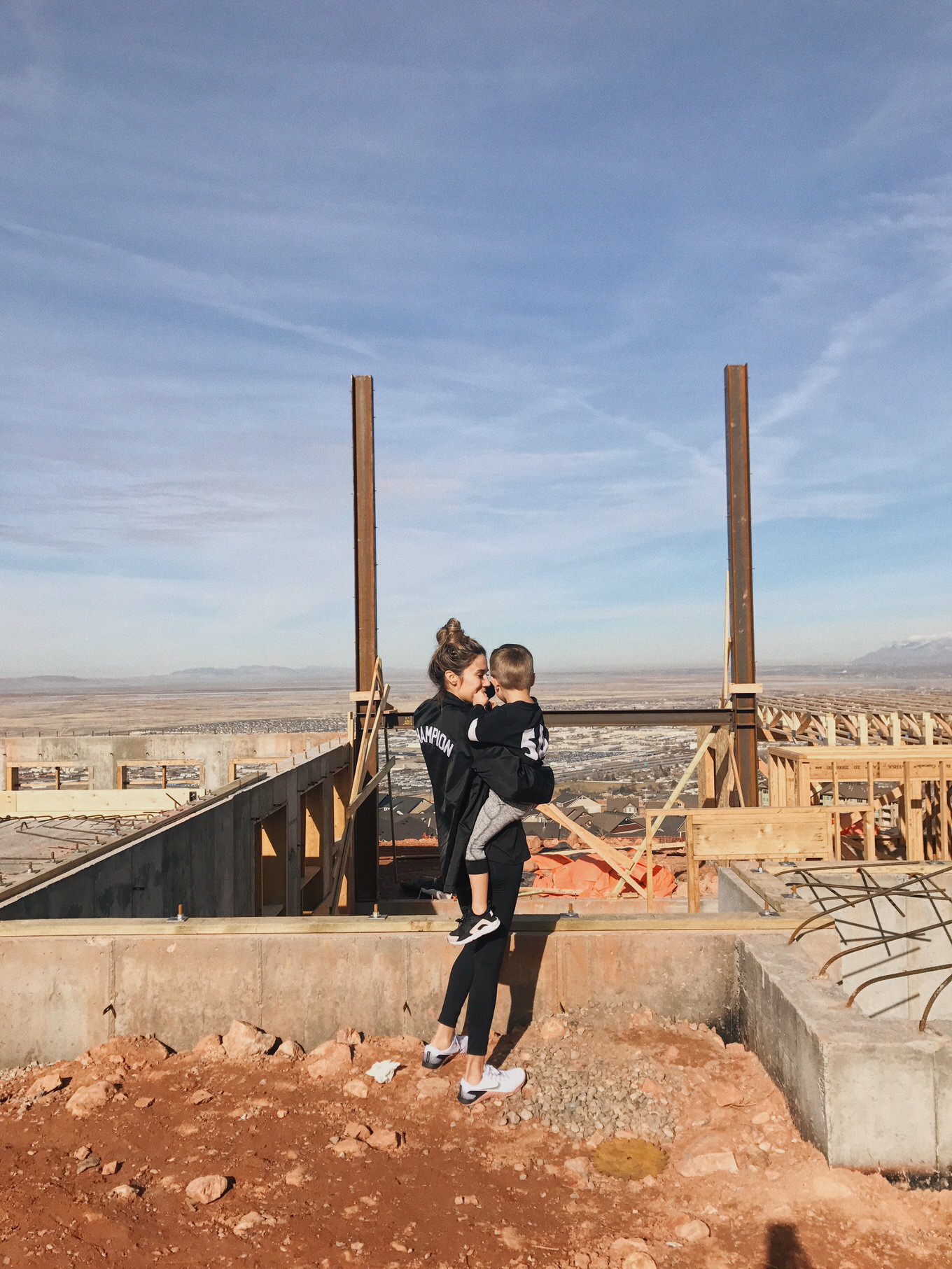 So I wrote wayyyy more than I planned to, so I am going to break up the Q&A into the next post and talk more about how to pick a builder, questions to ask them, and so on. If you have specific questions about our home or building process leave them in comments below I’m going to answer those in the next post too. I am so so excited to share this process with you guys!

Nike With My Mini