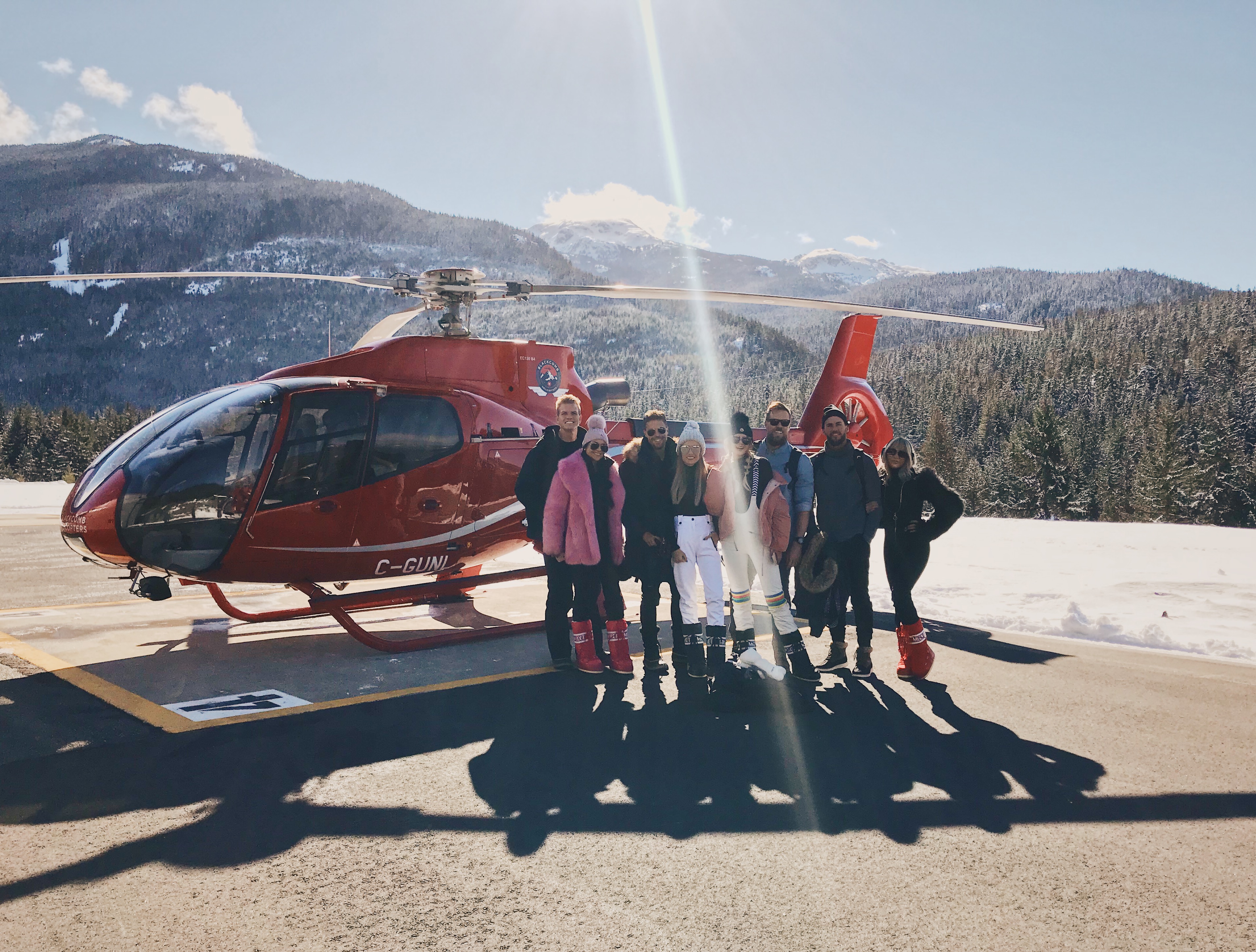 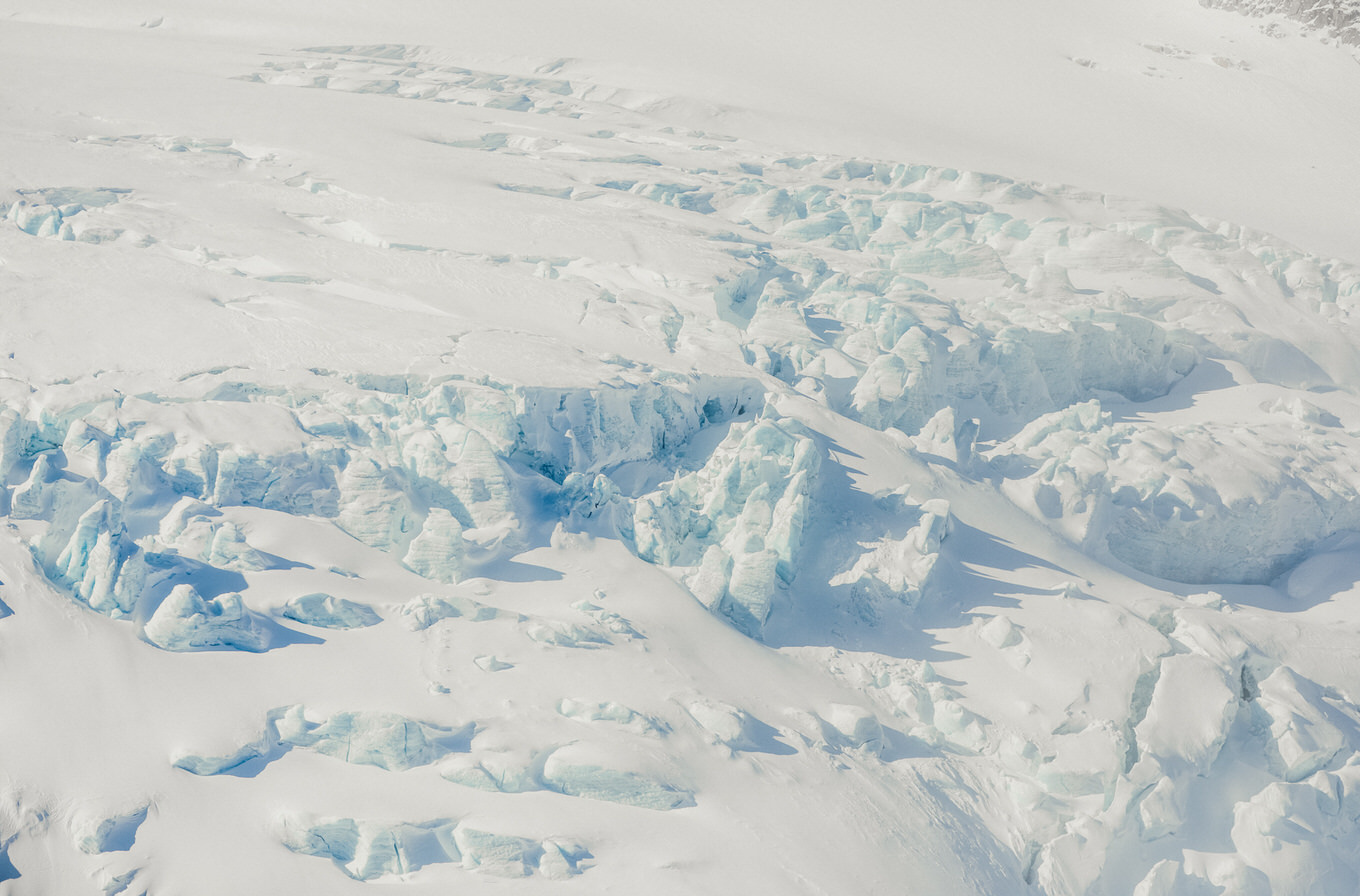 I don’t feel like the pictures do justice but these were the beautiful glaciers! It was seriously so surreal to see! So many of them are melting, they said they are continually getting smaller each year so was really thankful to see them! 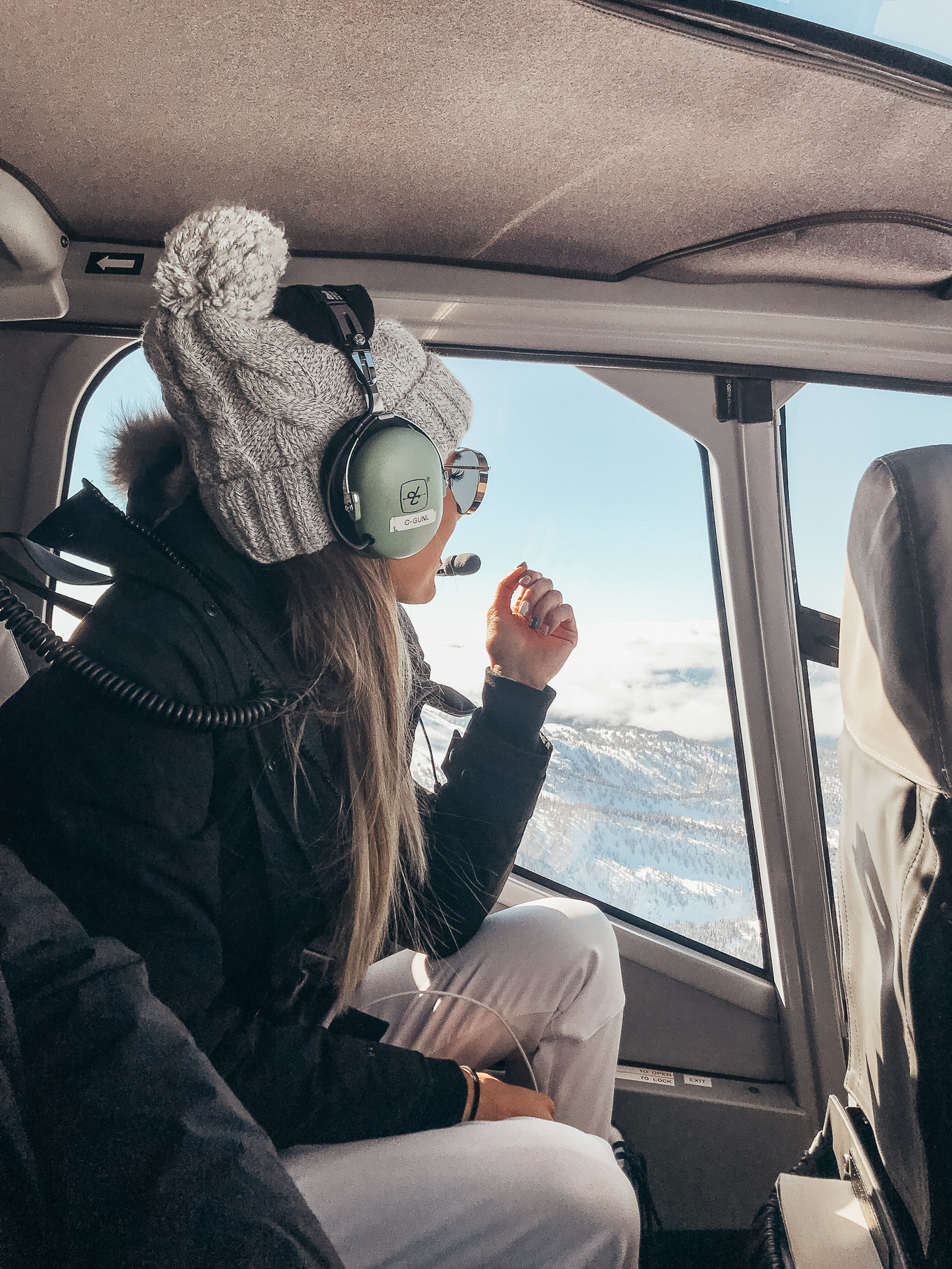 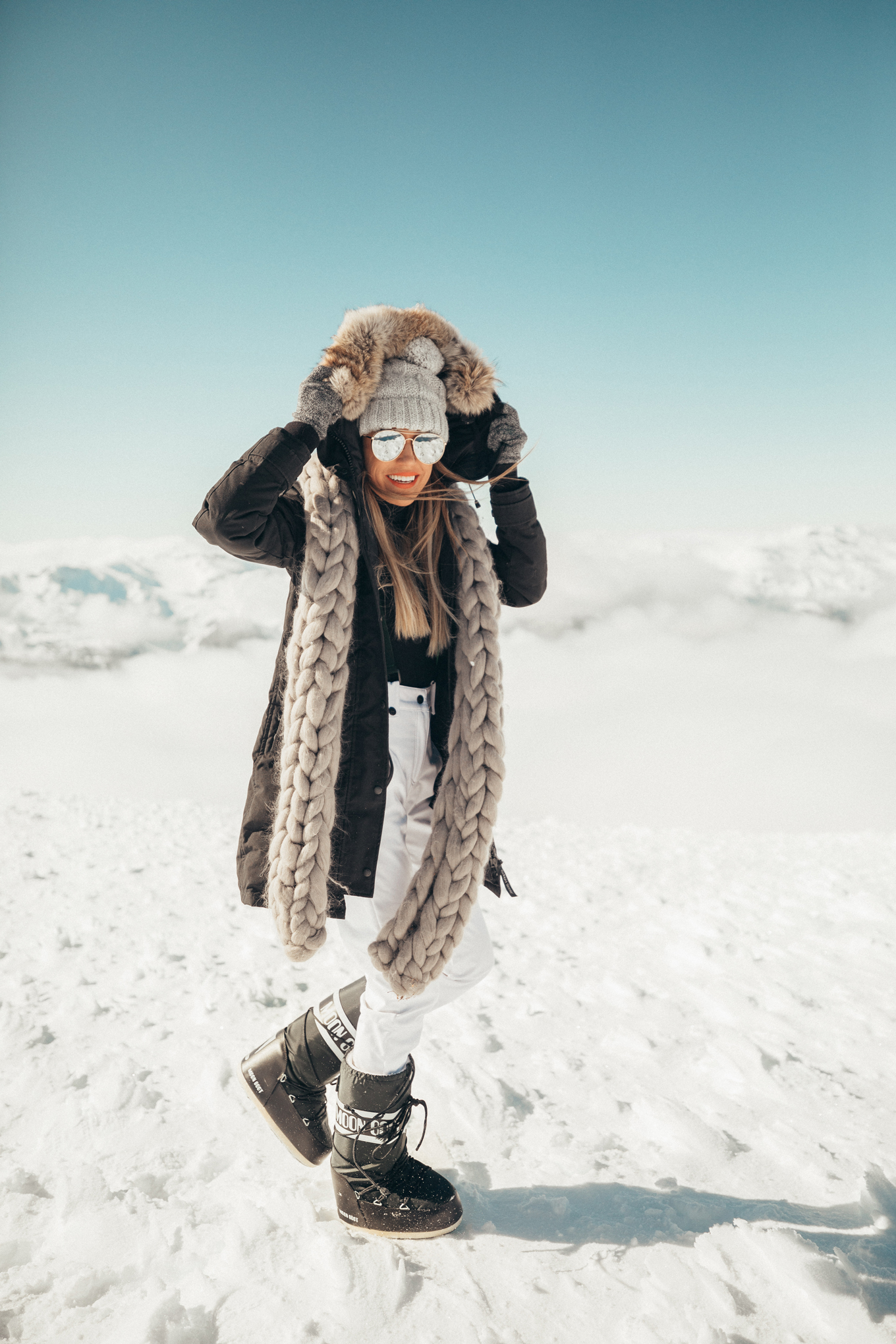 If I’m totally honest we all got matching moon boots just because we thought they were cute but they were the warmest boots!  And really light weight! You know when your walking around in the heaviest boots and it feels like your feet are a million pounds. These are so lightweight! 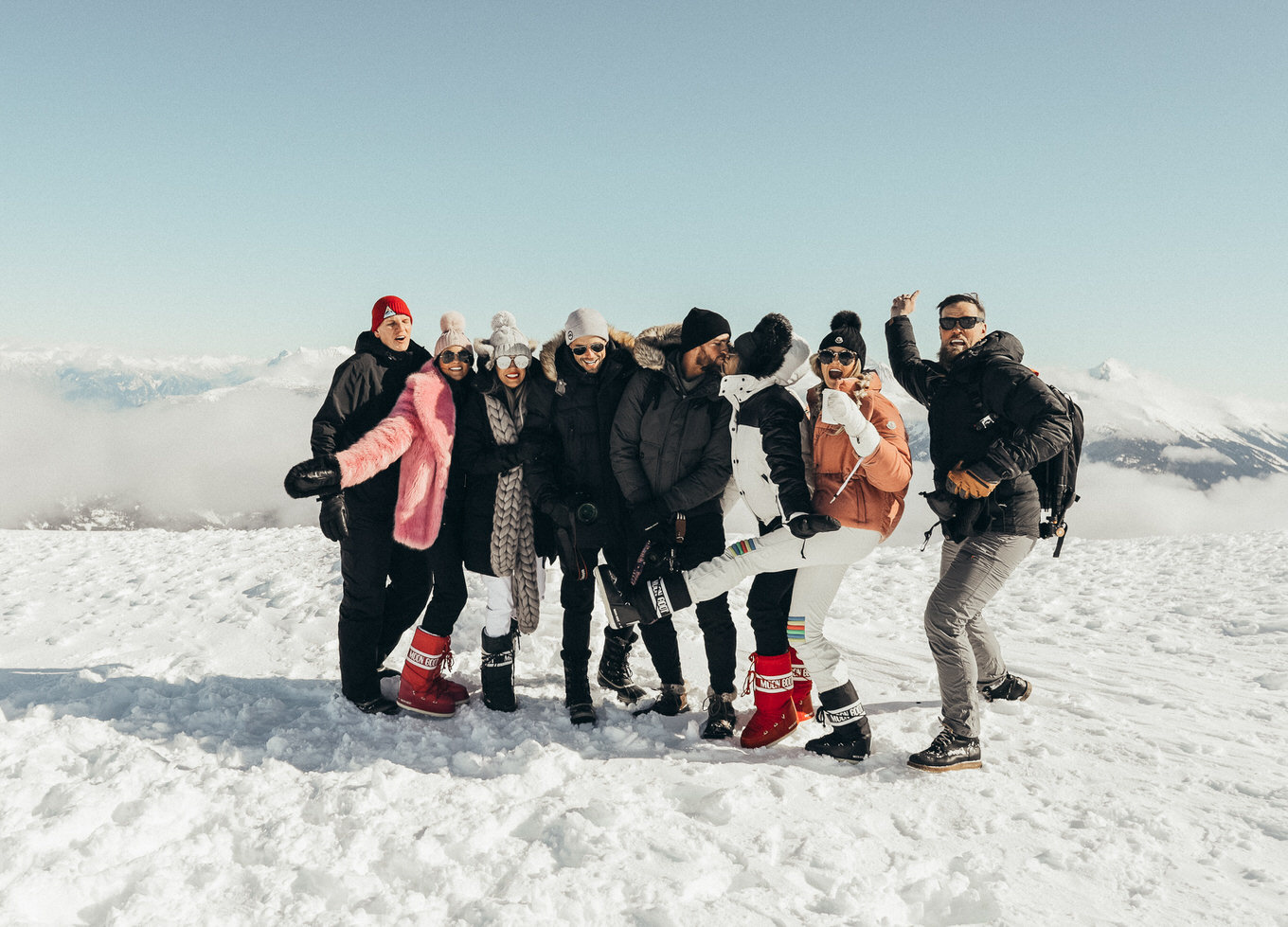 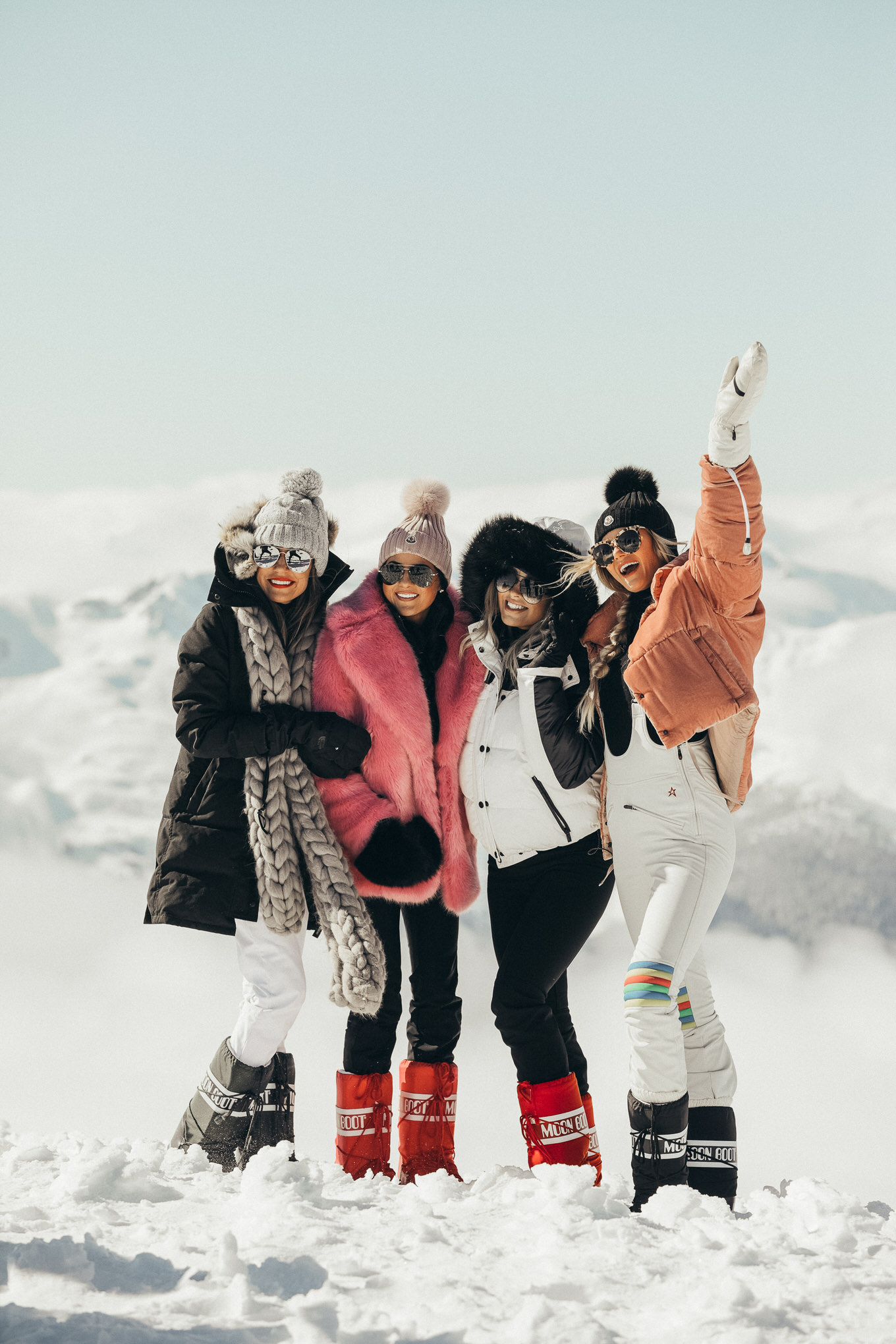 We all started our blogs around the same time and used to have monthly girls lunches when we all lived in Utah before we had kids – all these girls have amazing blogs if you don’t follow you should 🙂 From left to right (Rachel – Pink Peonies, Cara – Caraloren, Amber – Barefoot Blonde) 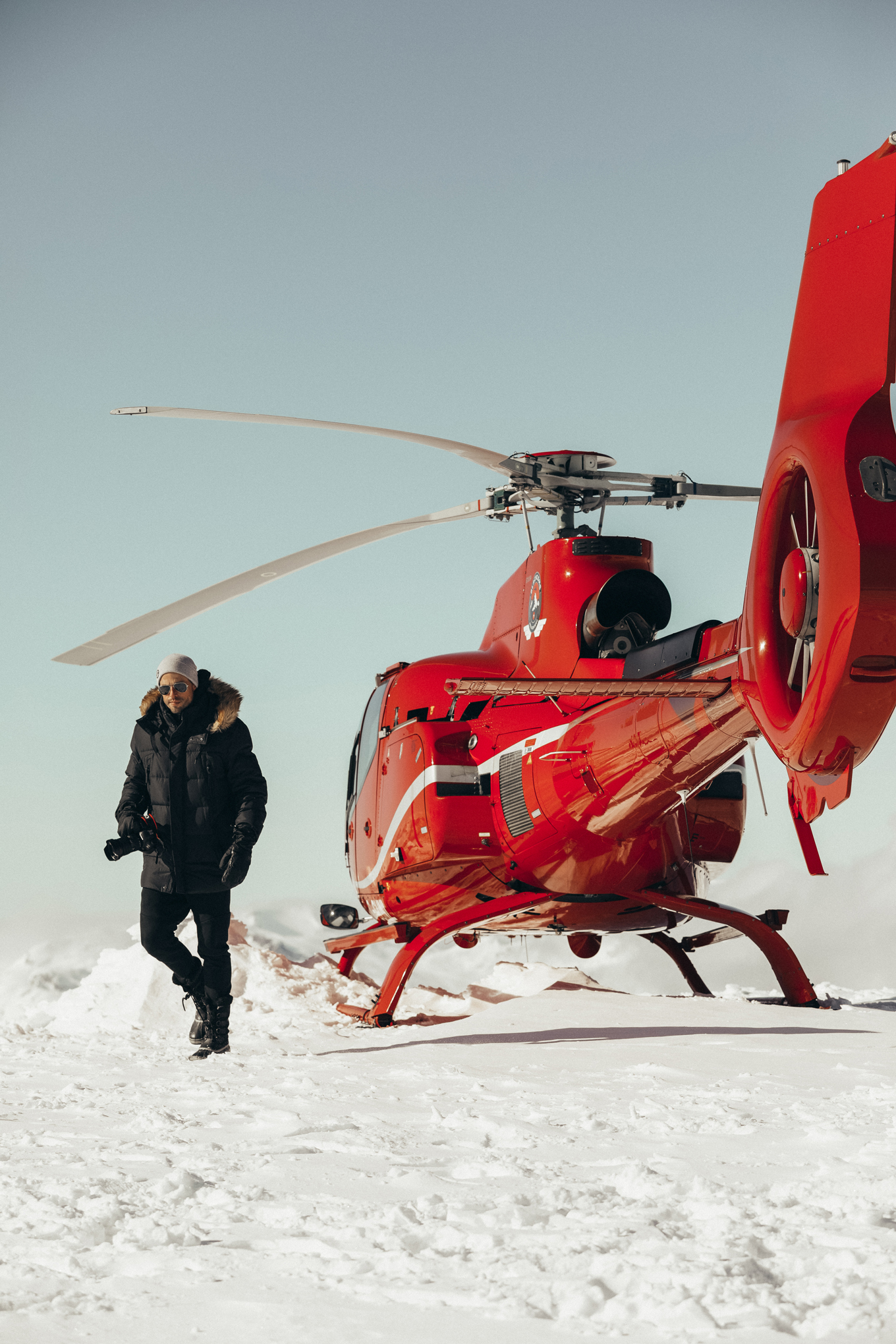 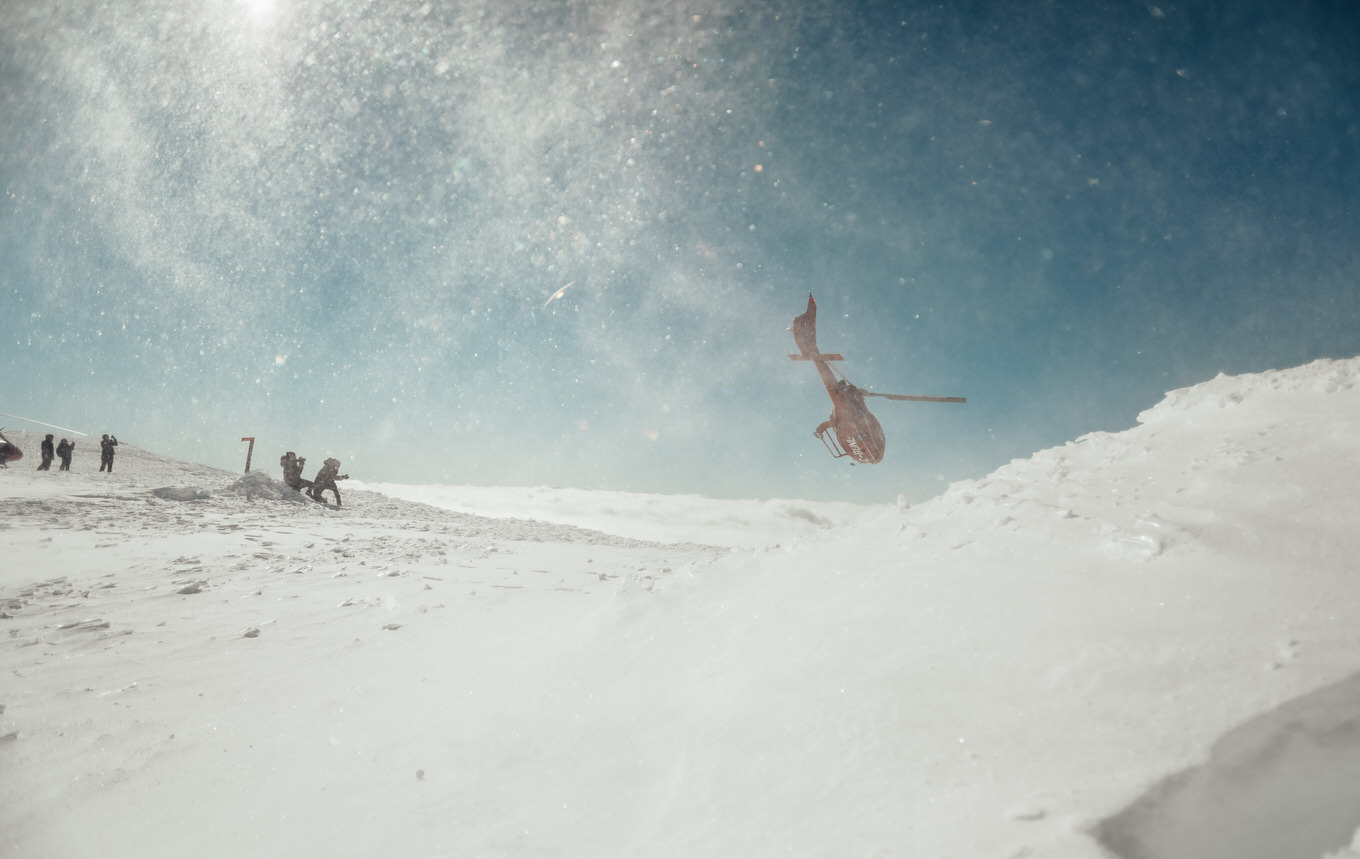 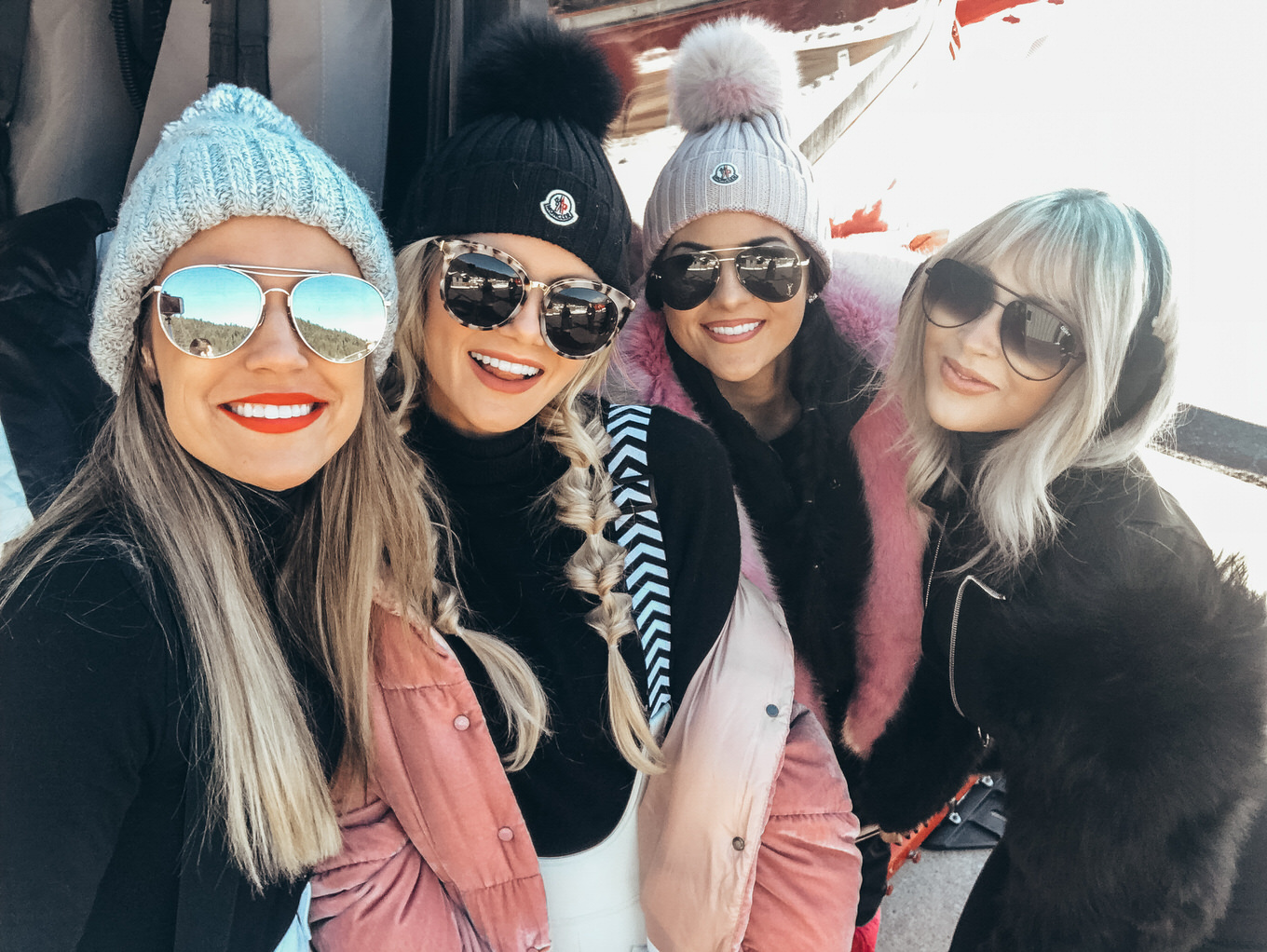 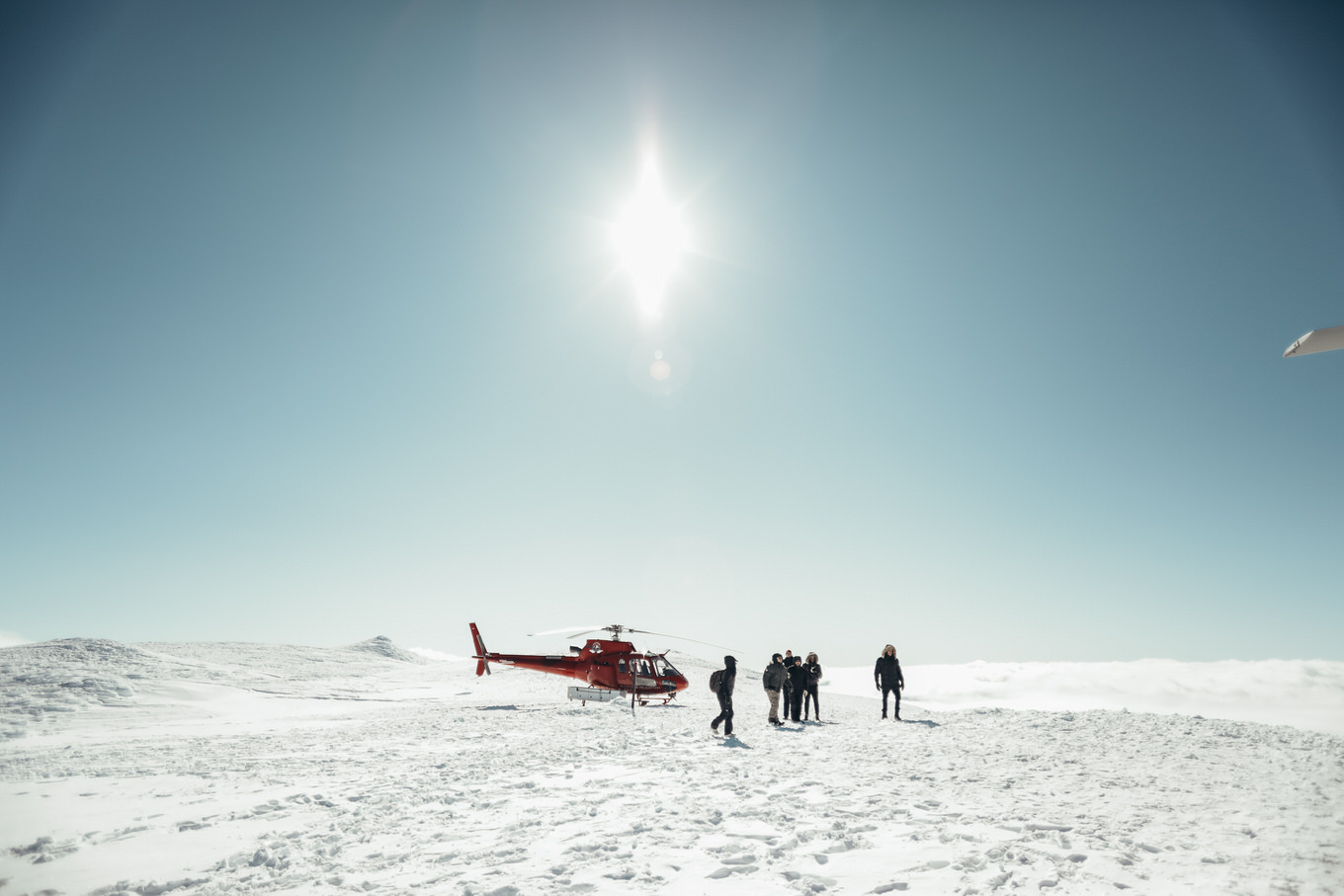 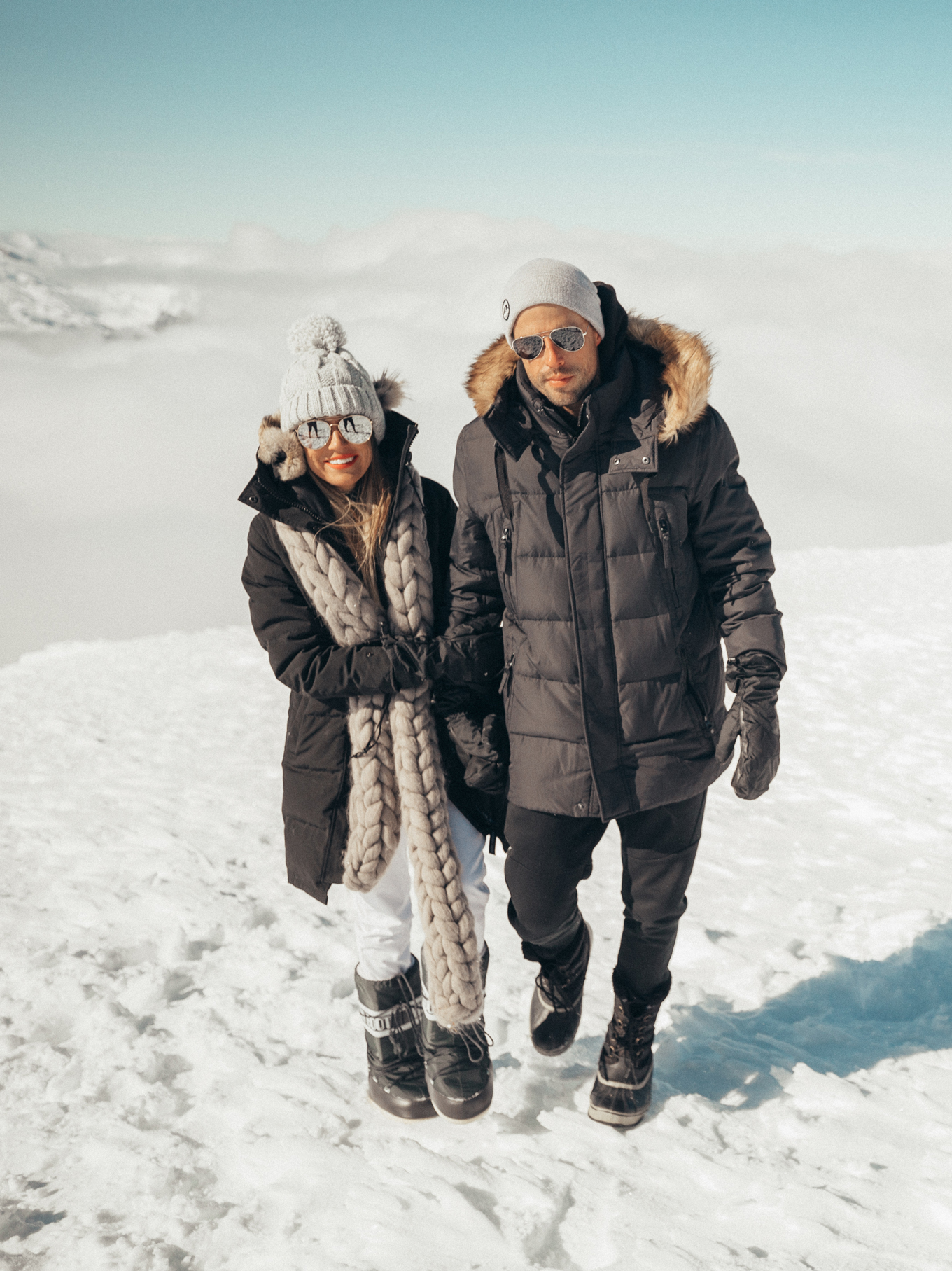 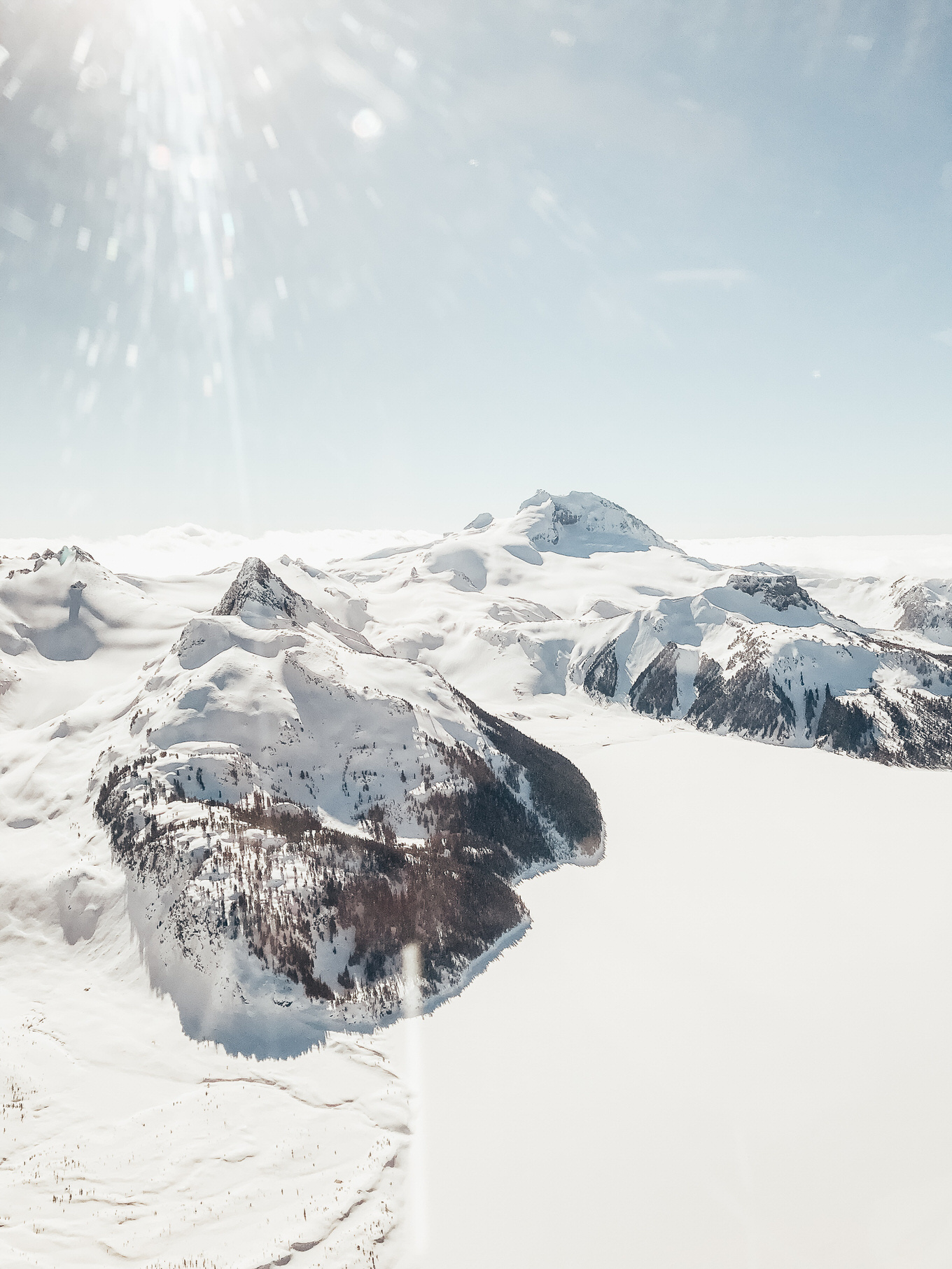 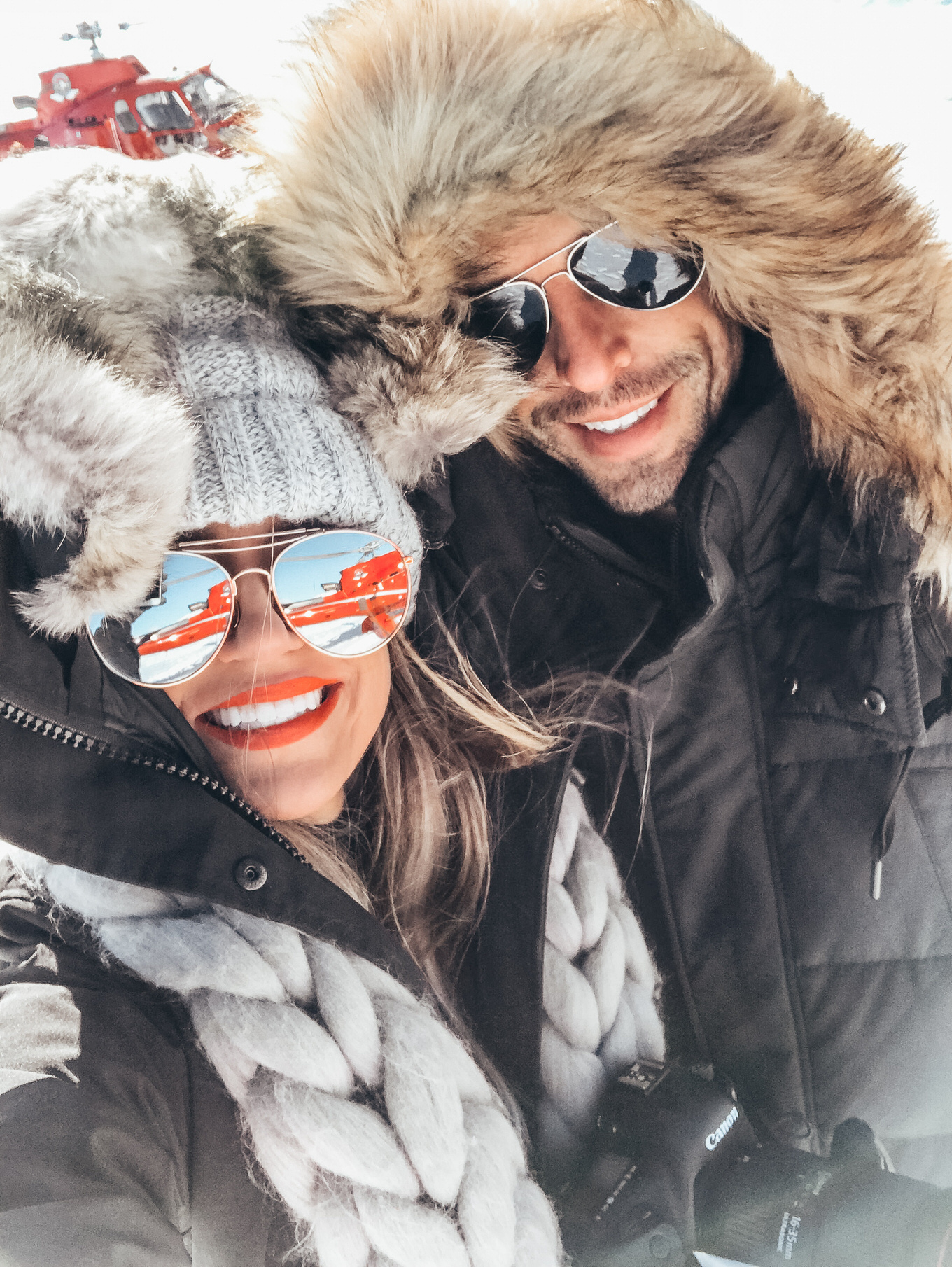 This was one of the coldest Cody and I have ever been! It was crazy windy and soooo chilly but the views were so so worth it! 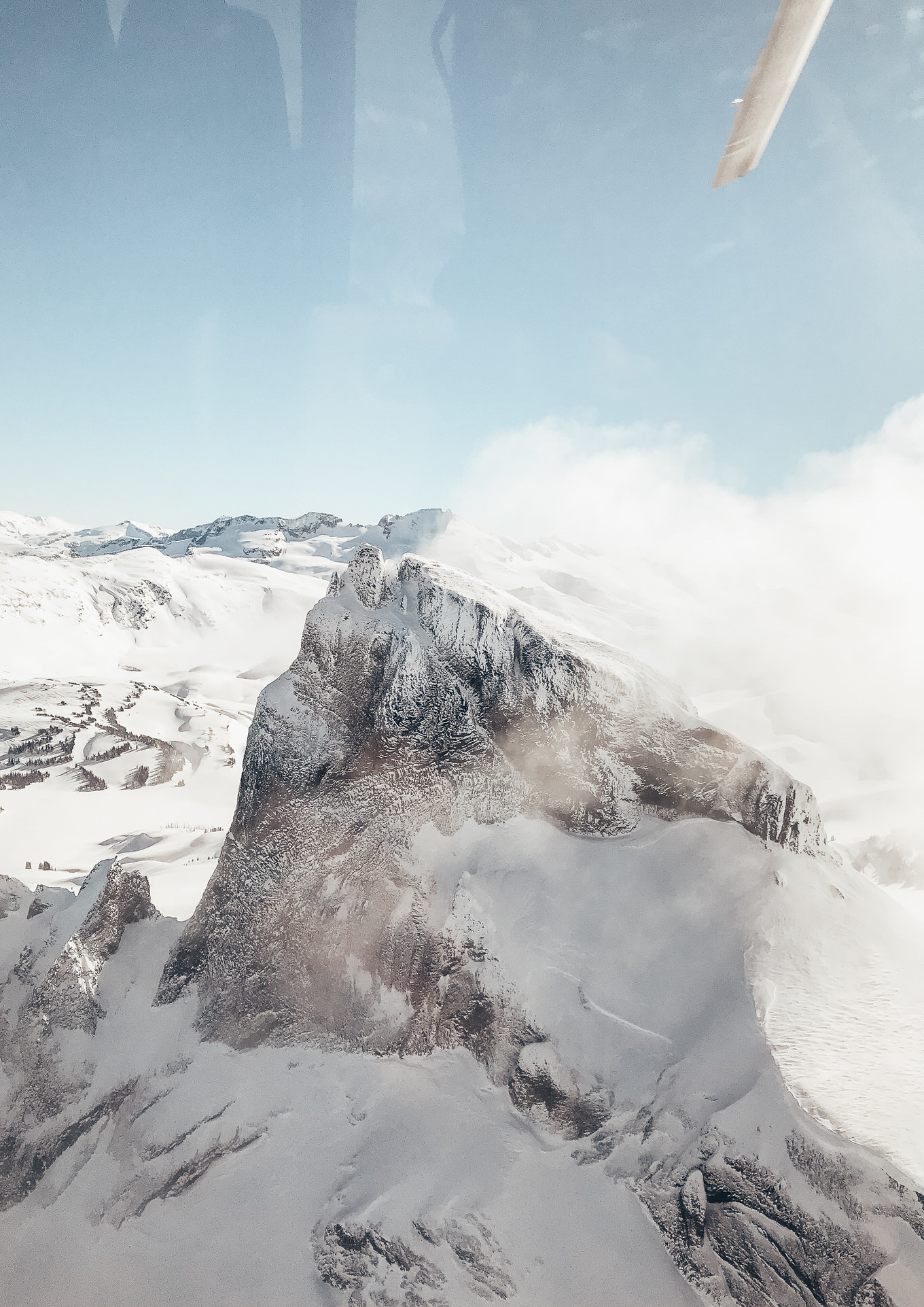 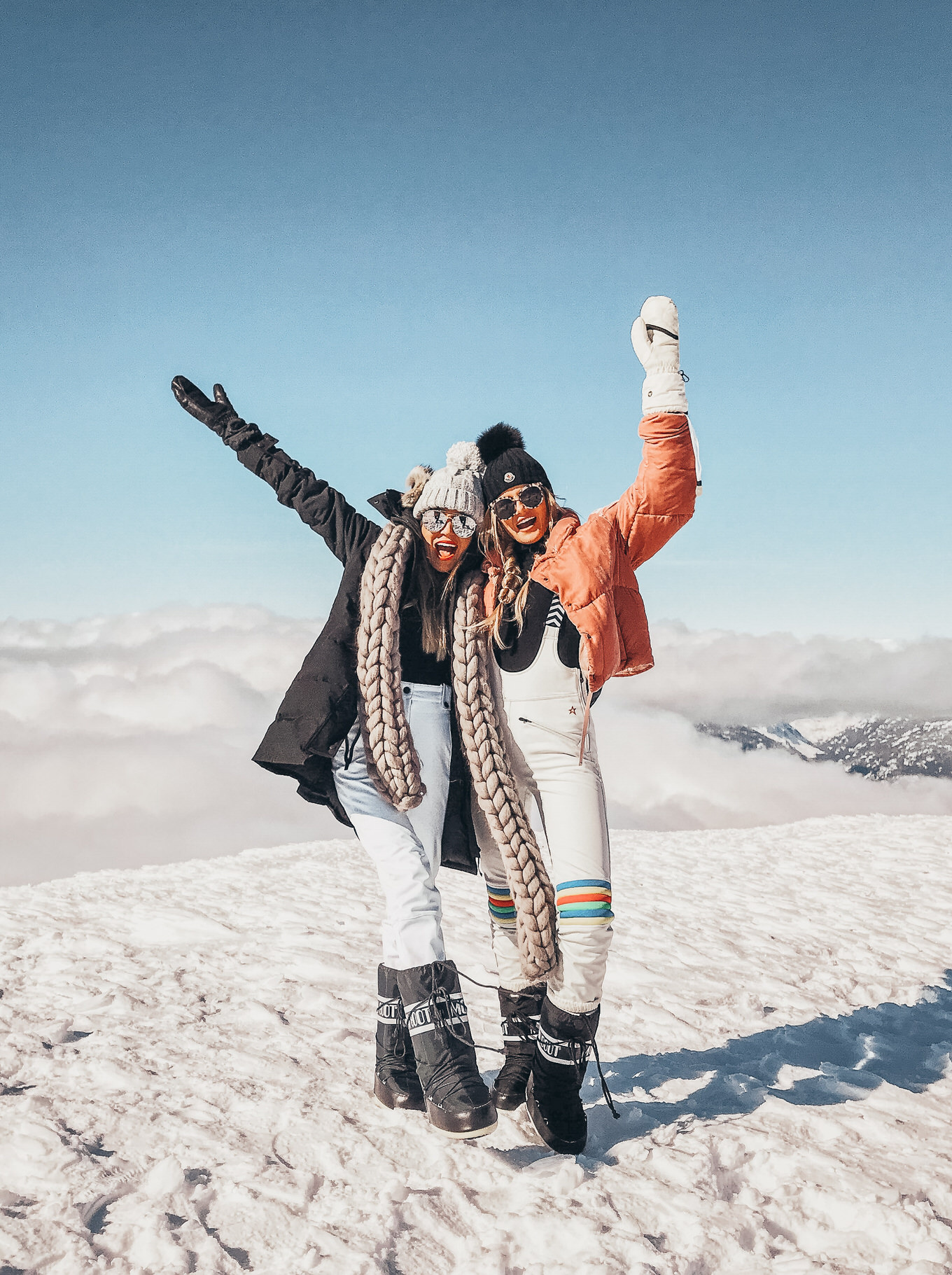 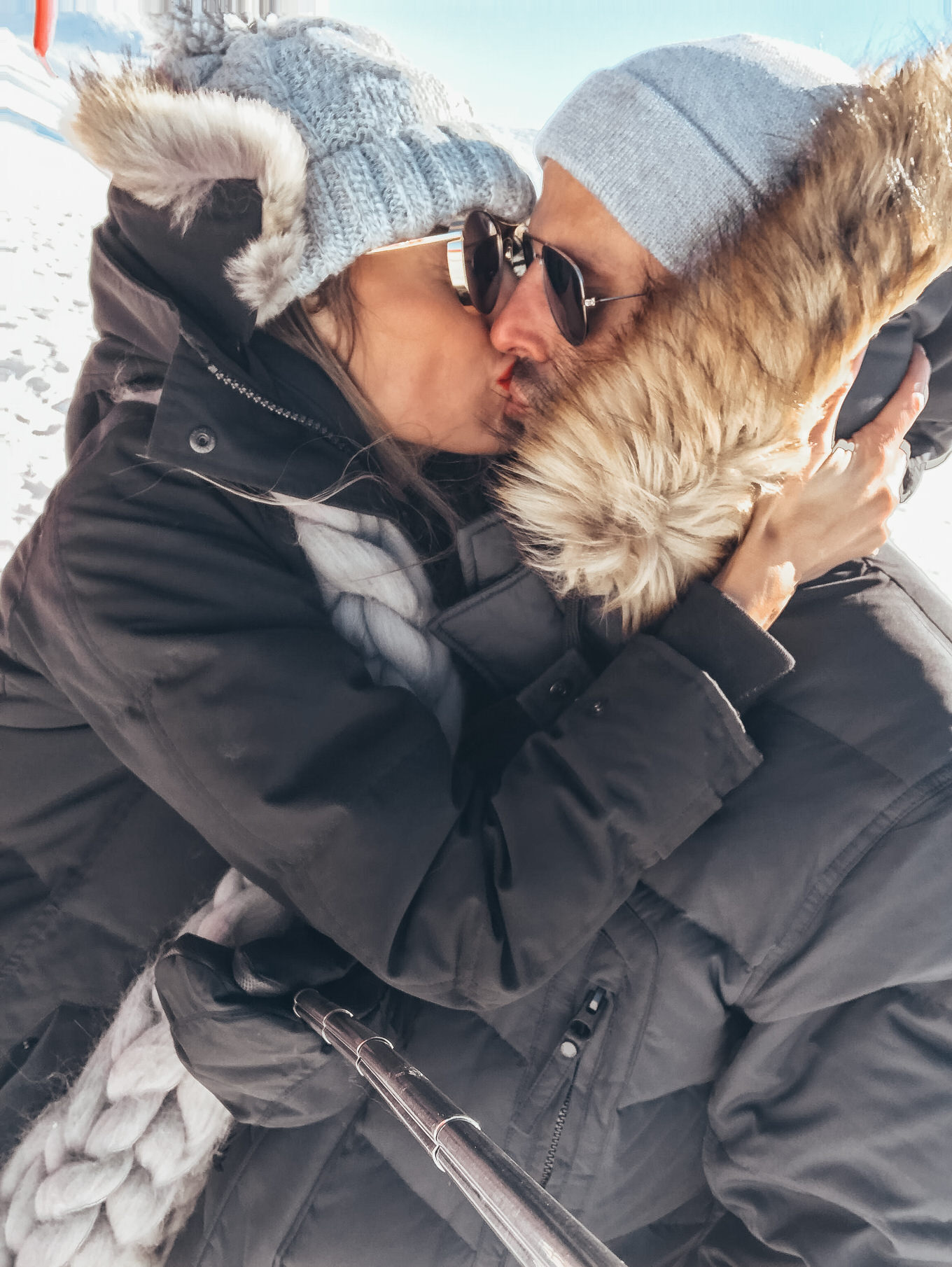 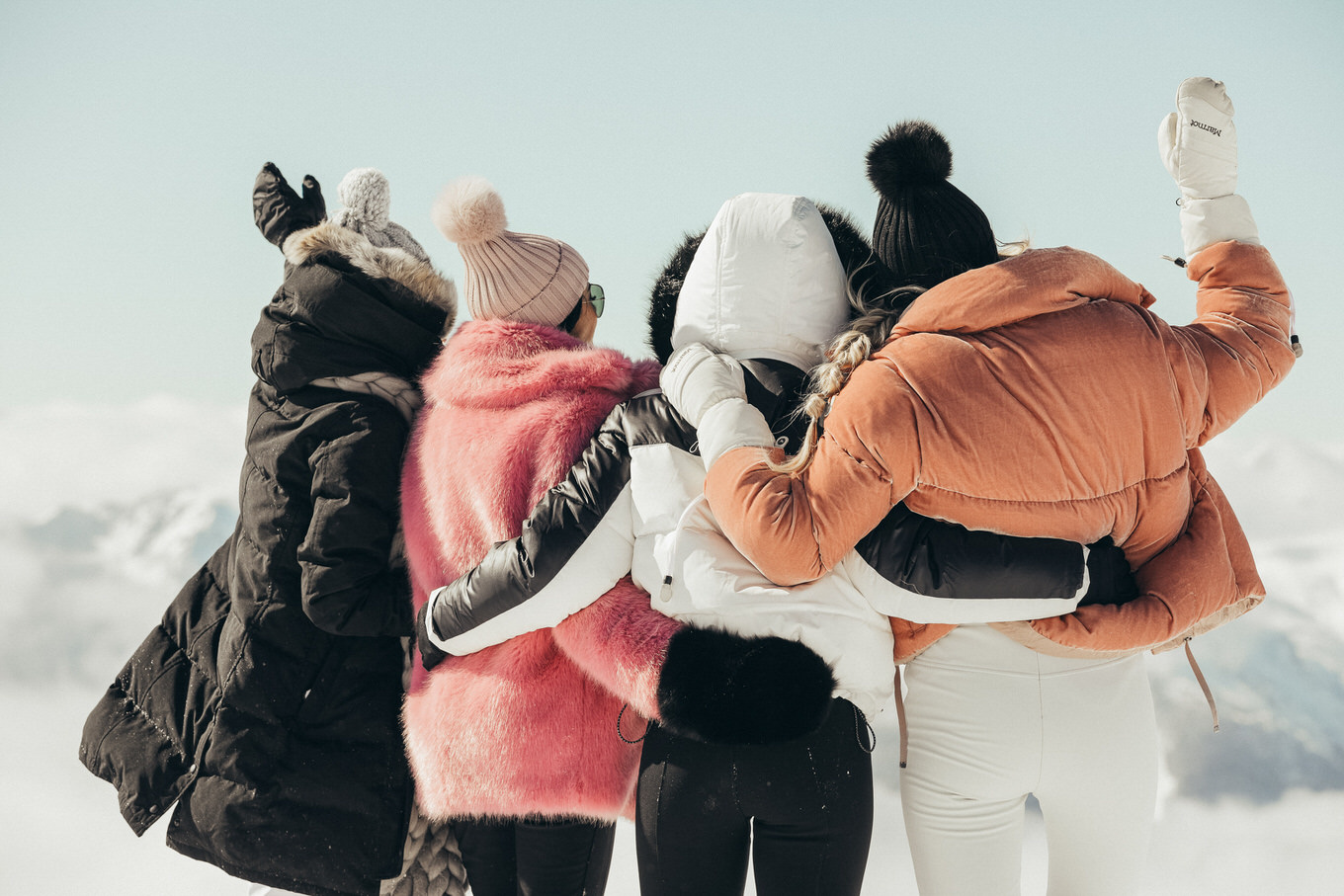 In case you guys missed it we were in Whistler last week. The Helicopter Glacier Tour was definitely one of the highlights of the trip (Thanks to Blackcomb Helicopter Tours for having us!!) The glacier is twelve thousand years old and seven thousand feet from sea level. I literally had on four layers, two pairs of gloves and hand warmers, and I was still the coldest I have ever been in my entire life. (Literally the only part of my body that was warm was my feet from my boots and this isn’t even sponsored 😂 – they are just so warm, I was shocked!). The windchill was nuts but I think the adrenaline rush got me through it haha. It was 360 views on top of the glacier above the clouds. It felt like a movie! We were going to have lunch up there too, but with the strong winds we weren’t able to do it. We were up there for like 45 mins, so you’ll definitely want to wear pretty much every layer you pack. These pictures don’t even do it justice though – you have to see it in person!

The guys went in the second helicopter behind us, and as soon as we took off, their pilot told them they had 2 minutes to get in the helicopter. After they got on and took off, the pilot told them that if they had waited any longer to get in the chopper, the clouds would have moved in and they wouldn’t have been able to take off. I guess it had happened once before when the pilot told the group they had 3 minutes and they took 7 minutes taking pics, etc. They ended up stuck on the mountain for 3 days and people had to hike up food and supplies to the group until the clouds cleared enough for them to be able to take off.  (So glad it was the guys and not us that left second – no doubt we would have been late and totally gotten stuck on the mountain! lol) It sounds a little intense but Blackcomb Helicopter Tours know what they are doing, so as long as you don’t ignore them when they tell you to get back to the helicopter, you will have the best time ever! It was Rachel and Cara’s first time in a helicopter and they said it was one of the best things they have ever done! So if your nervous don’t be its one of those amazing things you will look back and be so glad you did! Tomorrow I’m sharing a full travel diary of our trip and a little video so be sure to tune in 🙂

* Big thanks to Blackcomb Helicopter Tours and Four Seasons Whistler for setting up this amazing excursion and having us!

A Night Out in Whistler