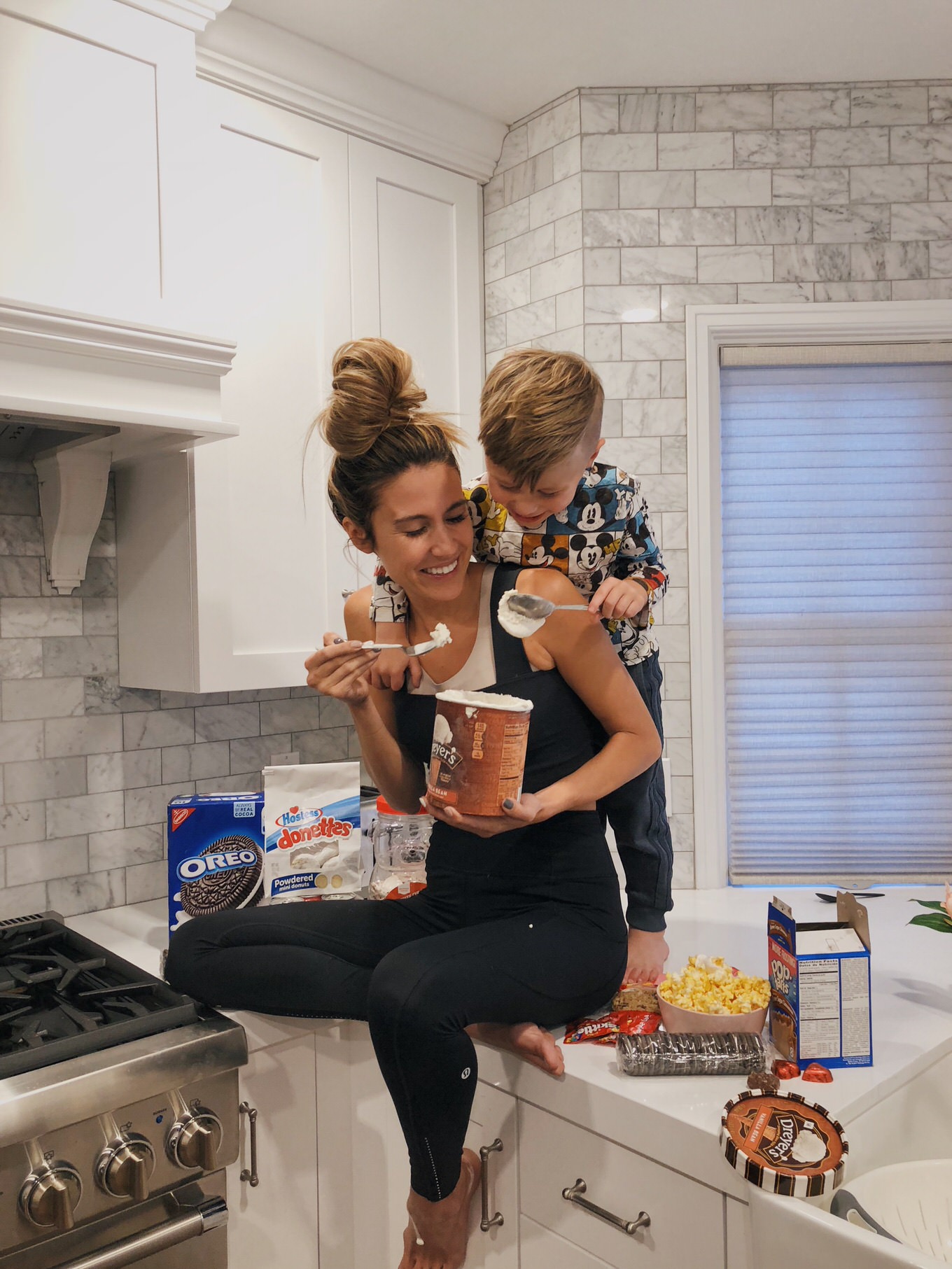 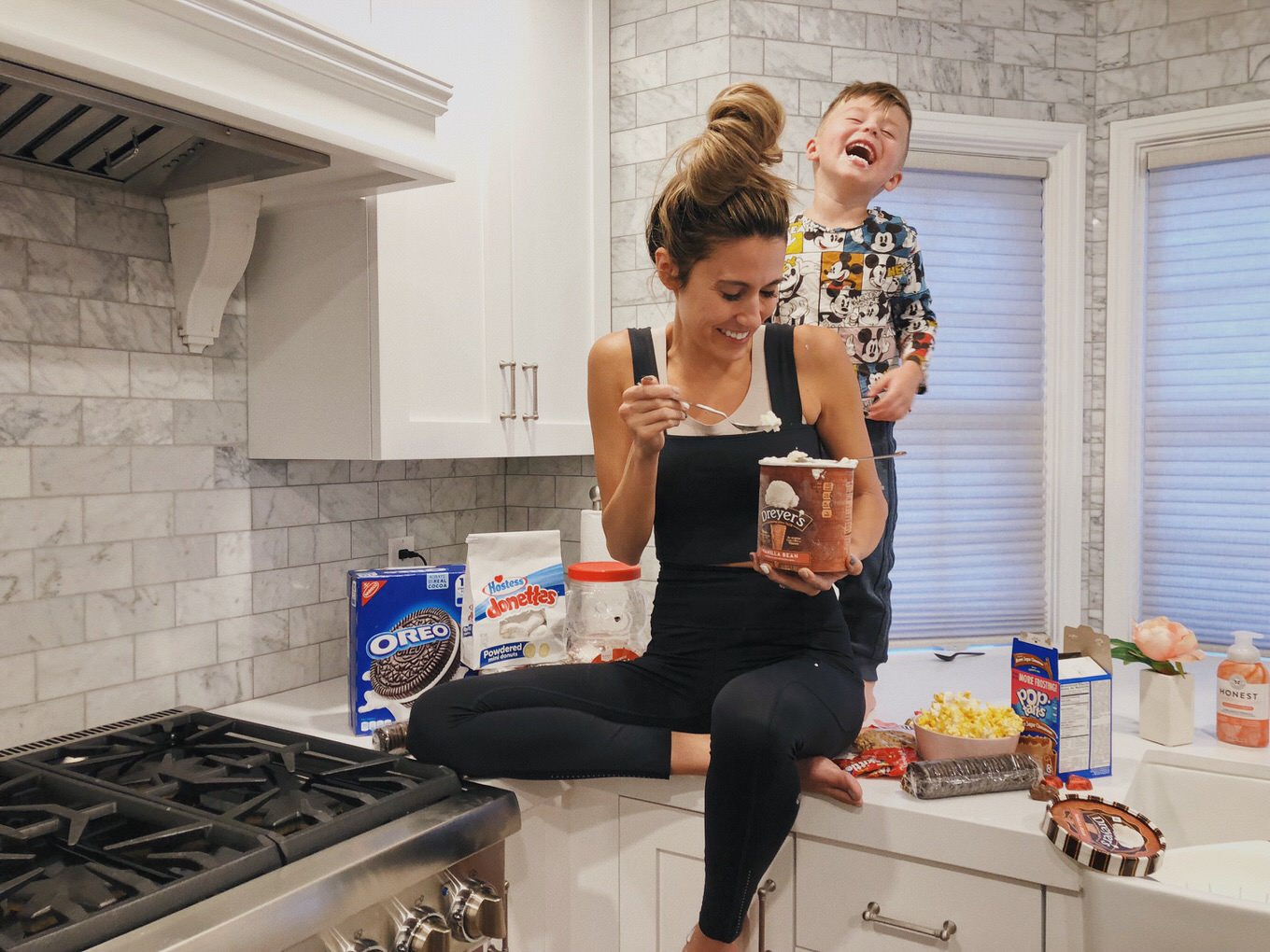 Who else LOVES sugar! I used to drink a Coke almost everyday. Every morning I would have a chai latte from Starbucks, and every night I would eat a bowl of my favorite sugary cereal before bed. Sugar was a major part of my life!

The reason I started this 14 Day No Sugar Challenge had nothing to do with fitness but was actually because I am obsessed with skincare, skincare products, how to improve your skin, anything and everything, I just love to learn and read about it. I had been reading all these articles about how sugar and processed foods affect so many aspects of your body, one of the main ones being wrinkles and aging your face. It was early December when I came across the article, but I knew there was NO WAY I would make it through the holidays without sugar so I pushed it aside and decided to wait until the new year. January 1st hit and I decided to go 14 days with NO SUGAR! I posted it on my Instagram so I had extra accountability to do it and so many of you guys chimed in with ideas and your favorite snacks to make it happen.

Let me put one disclaimer out there. I did no major artificial sugars, so I still had honey, fruit, yogurt – I was staying away from the major things like pop, candy, cookies, sugary cereals, sugary lattes, processed junk food (I know it’s not sugar but just junk food in general – basically stuff I knew was bad for you). Below is my no sugar diary – if you want to skip past my blabbering I give some tips and and ideas at the bottom and what my overall outcome was.

The first two days weren’t that big a deal. I definitely thought about it but had that beginning motivation of “I got this!” which made it easy to fight through the little headaches and tired spells.

The next couple days were when it started to get rough! I got bad headaches, felt agitated, super tired, felt like an addict noticing sugar EVERYWHERE we went. You know when you’re not supposed to have something so all you do is think about it. Ya, that was happening! I was really craving a fizzy soda and posted about it on my stories and a bunch of you recommended Le Croix. Mara picked out the flavors it was strawberry something and you know the burning feeling from the bubbles when you drink pop it kind of gave that effect so it filled my void for the need for pop.

Cody and I were driving to Spaghetti Factory, chatting away listening to music, and he’s eating a bag of cinnamon bears totally not thinking I reach my hand in the bang, grab one and take a bite. I’m like dannnng this tastes SO GOOD WHY?! And then mid chew it hit me- I was like crap it’s sugar!! Ahhh!!! I started yelling ” HURRY babe roll down the window I gotta spit this out!!!” I didn’t swallow it and it was 100% an accident so I feel like it’s not a true cheat lol 🙂

Headed on a flight to Miami and it was super weird because I ALWAYS get Twizzler nibs for the flight. We fly quite a bit so it was so weird my body like wanted to go through the motions at the airport and get my snack foods, but mentally I had stop myself a couple times. Habitually I ordered Ginger Ale, because I have that or Coke on every flight but then the second she handed it to me it was like oh ya I’m not drinking pop so I handed it back to her and switched out for water.

Was in Miami and luckily my friends with me are pretty healthy eaters, I found this place that had all organic fruit pops that were like popsicles but just with fresh fruit! They were super yummy and I got a kiwi strawberry one.

I got home from Miami and my best friend flew into town. We stalked up on a bunch of snacks for the kids and Beckam picked one of my all time favorite POWDERED DONUTS! – yes im realizing this is basically turning into a diary of all the sugary things I missed. I opened the bag to give one to B and they smelt SO GOOD. It literally took everything in me not to take one. My friend was like just do it your a day away you seriously did so good already and I was like I can’t, I’ve come this far I have to do ONE MORE DAY! And I know it sounds so dumb but when I finally finished knowing I really really made it and set my mind to something and actually did it felt SO GOOD!

It was literally a celebration when Day 14 came! I was so excited to have some sort of treat! Yes it was powdered donuts lol, and of course a Coke. But what was weird is usually I can drink a full Coke no big deal I only had a couple sips and was kind of over it. I wasn’t as into as I used to be, and I didn’t even crave my chai lattes anymore! But let’s be honest the donuts tasted like heaven 😉 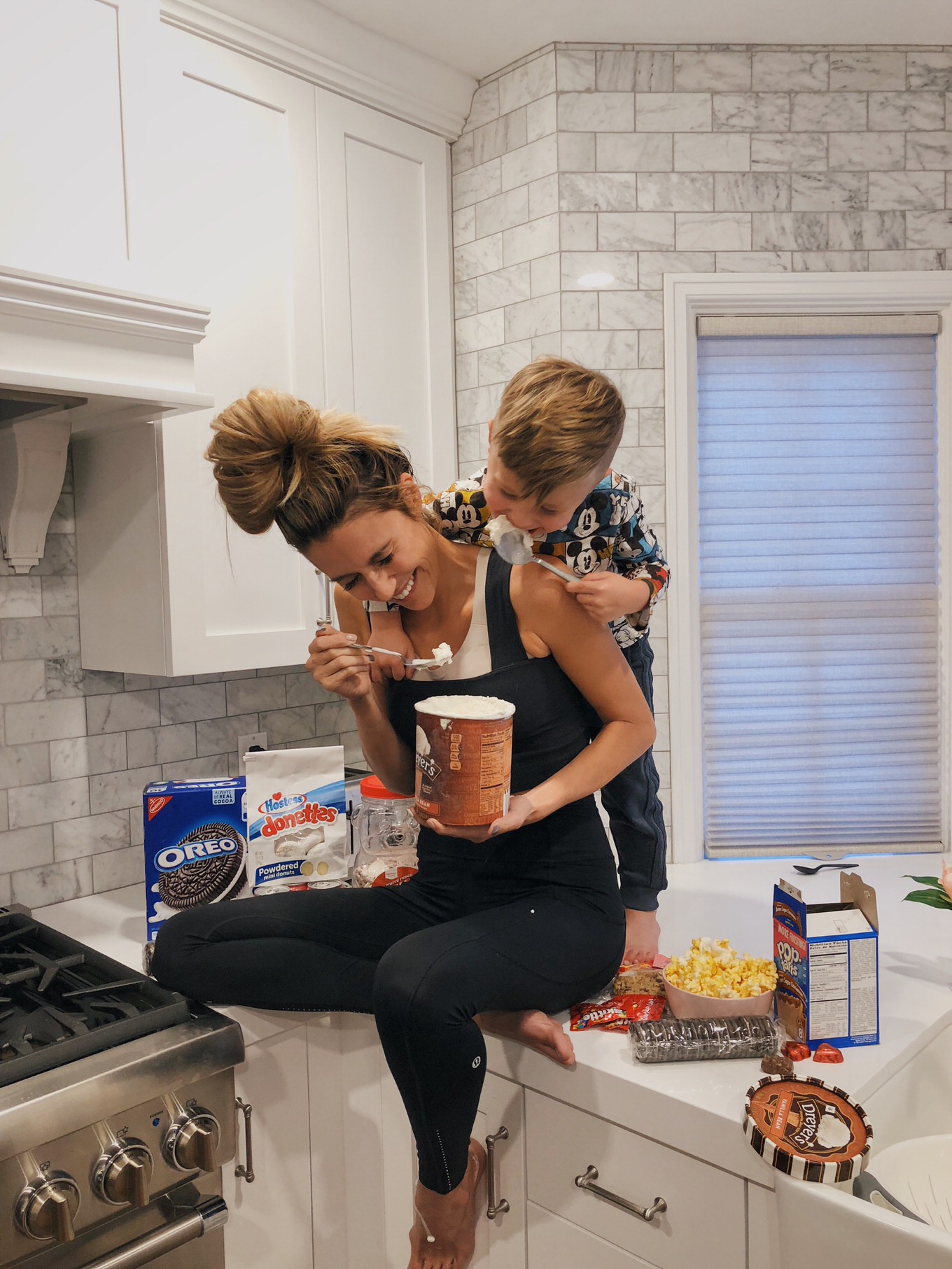 So I wanted to share some tips and pointers from what I learned:

Milk: I  made the switch from regular milk to almond milk, and surprisingly didn’t even miss normal milk that much. On average one cup of milk has about 10-12 grams of sugar, whereas most almond milks contain no sugar at all.

Soda: On a couple occasions I had really bad cravings for soda, so I turned to drinking zero sugar drinks like La Croix instead. They’re not necessarily my favorite drinks ever, but the carbonation helped to curb the cravings.

When it came to snacks, I loved almonds, apple slices, protein shakes, etc. I also probably ate eggs way more than ever. Scrambled egg whites, egg sandwiches, avocado toast with eggs, really egg anything I like.

If you’re going to attempt any sort of lifestyle or diet change it’s probably unrealistic to say that you’ll never eat at your favorite restaurants, drinks or desserts. Something that helped me a lot was one of my friends told me you could look up restaurants menus and nutrition facts online. Nowadays most restaurants include dietary information on their websites which is extremely helpful and insightful. For example a lot of times I thought a salad off the menu would have the least amount of sugar compared to everything else, but most the time was completely wrong! What I would do is look up those facts online for wherever we were planning on eating so that I would know ahead of time what I would be ordering so that I could still stick to my plan.

For example, you can plan your no-sugar Starbucks run in advance with their nutrition information here. It definitely takes a little more planning, but so worth it!

Since the two weeks have been over I’ve been much more aware of sugar and how prevalent it is in the foods we eat. Since the challenge,  I still have my occasional chai lattes and cold Coke, but I’ve cut my overall sugar down SO much. I’m trying to limit myself to two days a week of having a cheat item, and honestly the weeks I don’t limit myself and just eat whatever (it’s been almost 2 months since I finished), I notice a huge change in my energy and overall feelings.

I noticed more changes (for the good) in my body those two weeks of no sugar than ever before! Not to say that working out isn’t important because I started going to the gym a lot more during this too, but sometimes I forget that what we’re eating is what plays the biggest role in how our bodies react and change.

My reason for starting this was out of the intention to be a little healthier and feel better overall, but in the end I realized this was WAY more of a mental challenge than a physical one. If you read my daily diary above you know day thirteen when I was opening a bag of powdered donuts for B it literally took everything in me to resist. At that point I knew one donut wouldn’t ruin everything, but I wanted to push myself and prove to myself that I could stick to my guns. So many times during these two weeks I was pushed to the breaking point of giving in. Once it was over I was so proud of myself for pushing through and it was a good reminder that I really can do anything I set my mind too, and that we’re all stronger than we think. I know this sounds cheesy but I feel like it’s helped me have a stronger mental focus in other areas of my life as well. Does anyone know what I’m talking about? I feel like it’s so hard to really explain.

Also I had originally set out to do this for skin improvements and one of the girls who does my makeup a lot came over for a shoot and she was like your skin seems tighter under your eyes have you been doing something different? And I was so excited she saw a difference! She had no idea I was on the sugar challenge and she’s someone who is constantly looking at my skin so I was excited to see it actually worked!

Have you guys ever tried to go without sugar? What was your experience like and would you do it again? Or how long did you last without sugar – so curious!