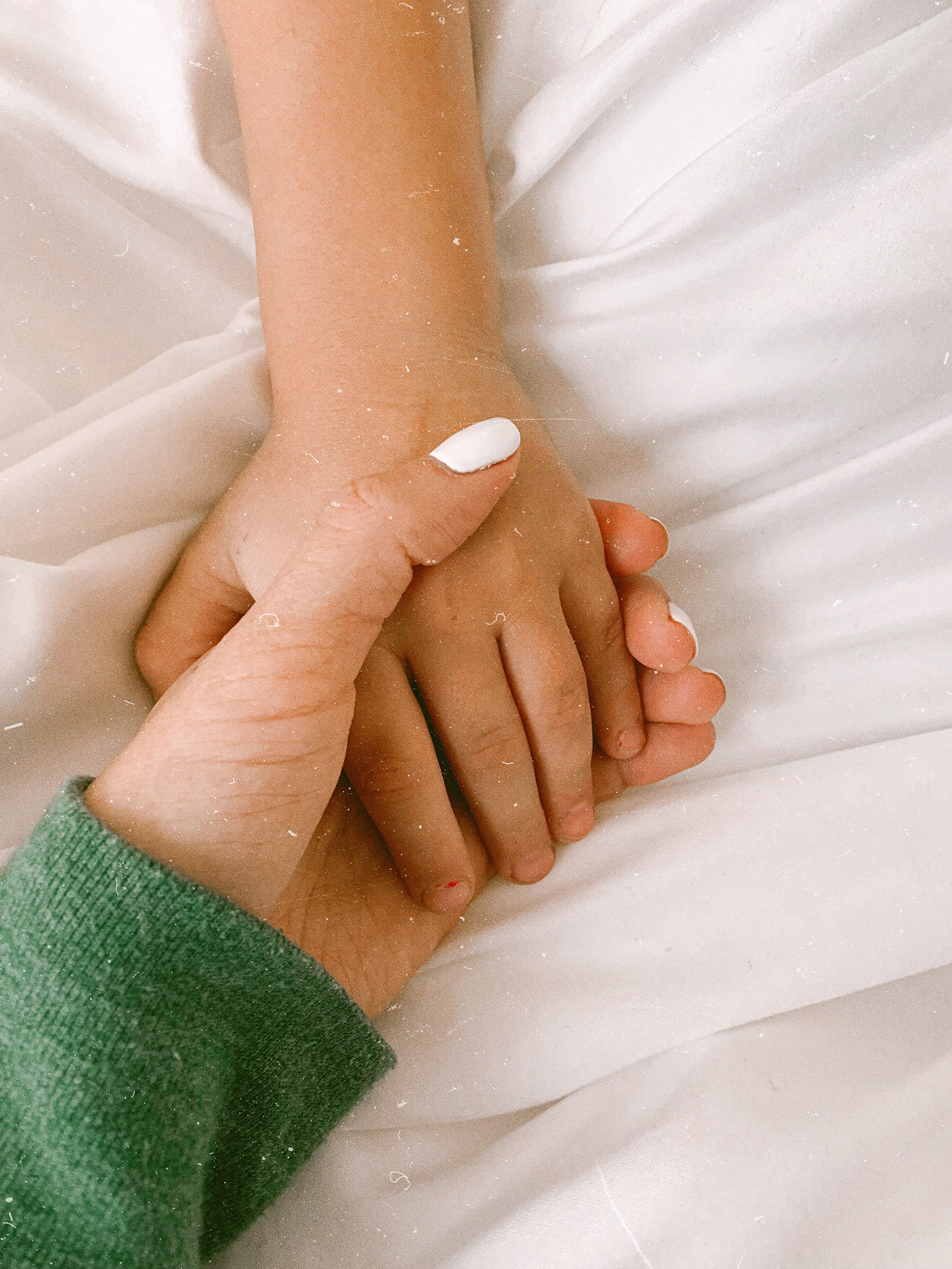 Writing has always been kind of therapeutic for me. I remember in high school when I would get really mad I would go write in my journal or doodle (Do kids these days even still have diaries and journals?!).  For all the things I think about sharing or not sharing for some reason this one wasn’t hard for me. Maybe it’s the stage in my life. Honestly last year was a hard year personally and with work. And I think maybe with so much going on I needed to vent and let something out because it was bottling in my head. I knew so many people had been through this. Family on both sides, mine and Cody’s, have been through these struggles, through IVF, adoption, anything and everything to bring a sweet baby in the world. But I also knew there were women holding it in and I wanted to share my feelings in hopes to help someone maybe going through the same thing not feel so alone. Your dm’s have poured in and meant so much to me as I share our journey, and I just want you to know I read every single one.

I think for awhile I just thought if I stopped thinking about it it would happen. With Beckam it was so easy, we tried a couple months and boom I was pregnant. I didn’t check my ovulation (honestly I didn’t even know that was a thing when I had Beckam). I just got off birth control and I think it was like 2-3 months later I was pregnant. (For those that are new here: Mara and Wes the older kids you see in my pics are my step babies 🙂  – so Beckam is the only child I have “given birth to” as I reference trying to get pregnant again) Now that it hasn’t happened so easy, I’ve read up on all the things that have to line up for you to actually get pregnant, and it’s crazy to think about how many people accidentally get pregnant. I know that’s cliche and it’s been said a million times but its just more crazy to me now. And if anything it has made it more apparent to me that at the end of the day God’s timing isn’t always our timing. And don’t get me wrong, I’ve been mad, I’ve been sad, I’ve been annoyed, I’ve been moody, and we haven’t even been through the really hard stuff yet. But I still do believe that there is always a plan for our life. 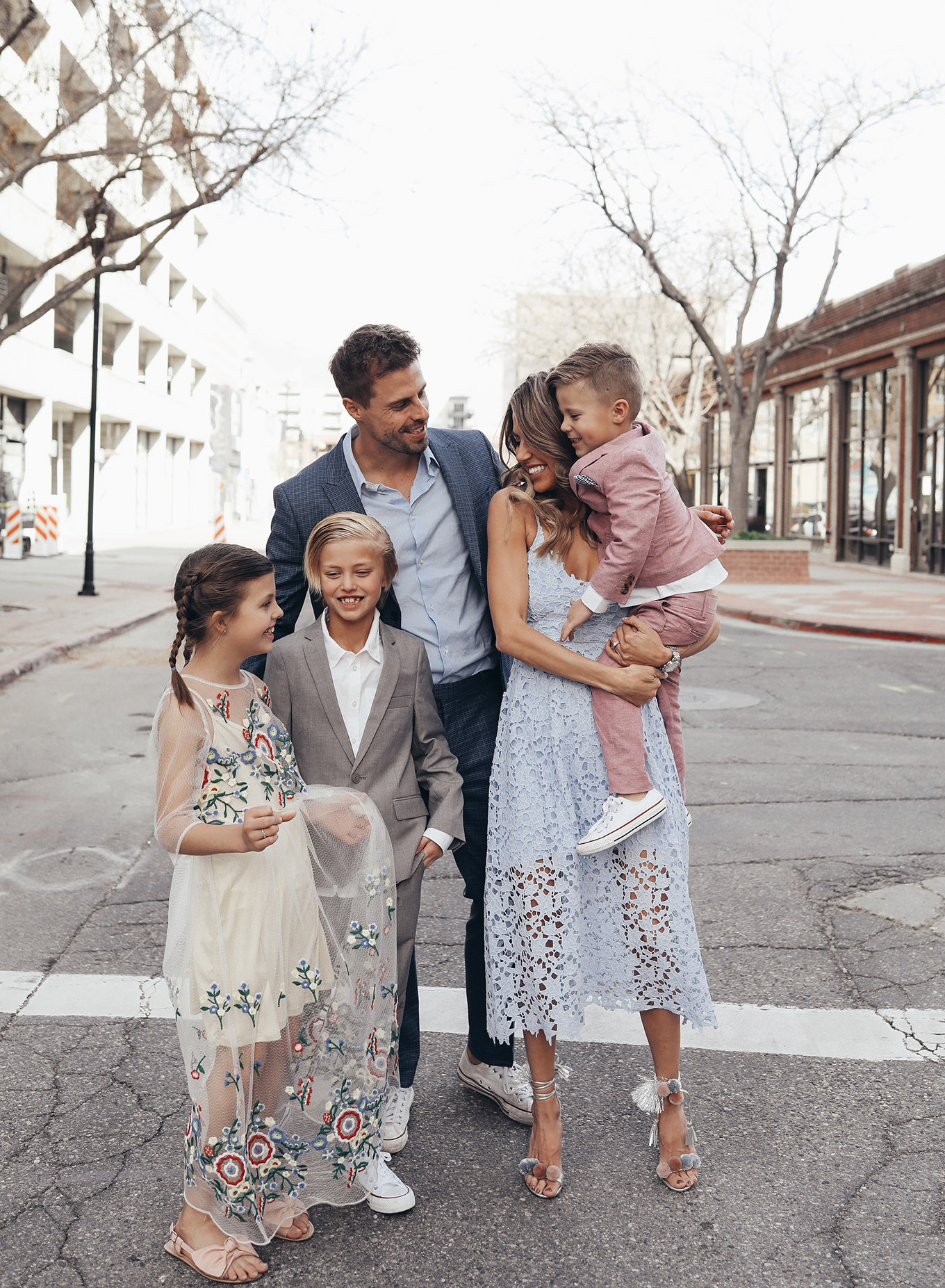 I think the biggest thing is I’ve just felt like is I’m failing. I think this feeling of failure has been a voice in my head I’ve let speak too loud. Other areas of my life (I’ll save for a later post) haven’t been going the way I planned and this little voice that starts small, gets louder, and louder, and you start to believe it. There has been multiple months I thought oh I’m for sure pregnant this month, I wouldn’t tell anyone cause I didn’t want to jinx it, and then my period would come, and it was another month of disappoint. That quiet voice became this loud drum every month that lasted a week reminding me I’m failing. I would carry it into my day and into my personal life and my work.

As I’m writing this I feel like it sounding so dark, this was really November and December for me of last year and now as I have been working through things I feel like it’s easier to talk about and share…

So what have we done and where are we at?

We started trying December/January of last year, so its been a little over a year now. Everyone told me to wait a full year before I saw a fertility doctor, but after 6 months of not getting pregnant I started doing research and found out a lot of doctors take a couple months to get into so I scheduled an apt and sure enough September was their earliest opening.

When we went in, it felt kind of like the movies, you sit down and awkwardly talk about your sex life to a stranger, what you’ve been doing, how often you’ve been doing it, any history of medical issues, etc etc. You set a plan, and for us, my doctor said I shouldn’t be too alarmed because its only been 9 months. Too me that felt like ETERNITY, I always want the quick and fastest solution. That’s just my personality. But I am also SUPER sensitive to all types of medicine, so we wanted to be as conservative as possible. She ordered a lot of different tests. Sperm analysis for Cody. For me – I have had irregular cycles since I was young, so she wanted me to really track my cycles (the Ava bracelet was super helpful for this), do blood work to check my hormones and nutrition levels, and some tests to see if I had PCOS (polycystic ovaries). Everything came back pretty normal, I was a little low on vitamin D and I think Vitamin B but nothing too major. My thyroid was on the borderline too, but nothing that would majorly prevent us from conceiving. She concluded I did have PCOS (which I was told when I was high school, but I guess 15 years ago it was really over diagnosed so she wanted to double check). This being the major reason I most likely was having a hard time getting pregnant, because I wasn’t ovulating every month.

All the tests took a month and half or so to do, once those were complete she decided to have me do an HSG test. Basically it’s a test they put blue dye through your tubes to make sure their is no blockage and things are flowing the right way. I had heard from friends and family who had gone through it that it was really painful and uncomfortable. I’ll be honest I am a wimp when it comes to pain – so when my doctor asked if I wanted anything to help with pain and my nerves I opted for it no question haha.( A lot of you dmed me saying you didn’t have that option – so maybe ask your doctor if you can get something to help if you’re getting it done.) I think because of that it wasn’t that painful. It was a little uncomfortable but not as bad as I was expecting at all. Those tests came back clear too. Many people said they got pregnant after this test because it clears your tubes out, we weren’t that lucky, but it’s an easy step to take if your in the journey struggling to conceive to maybe get some answers. 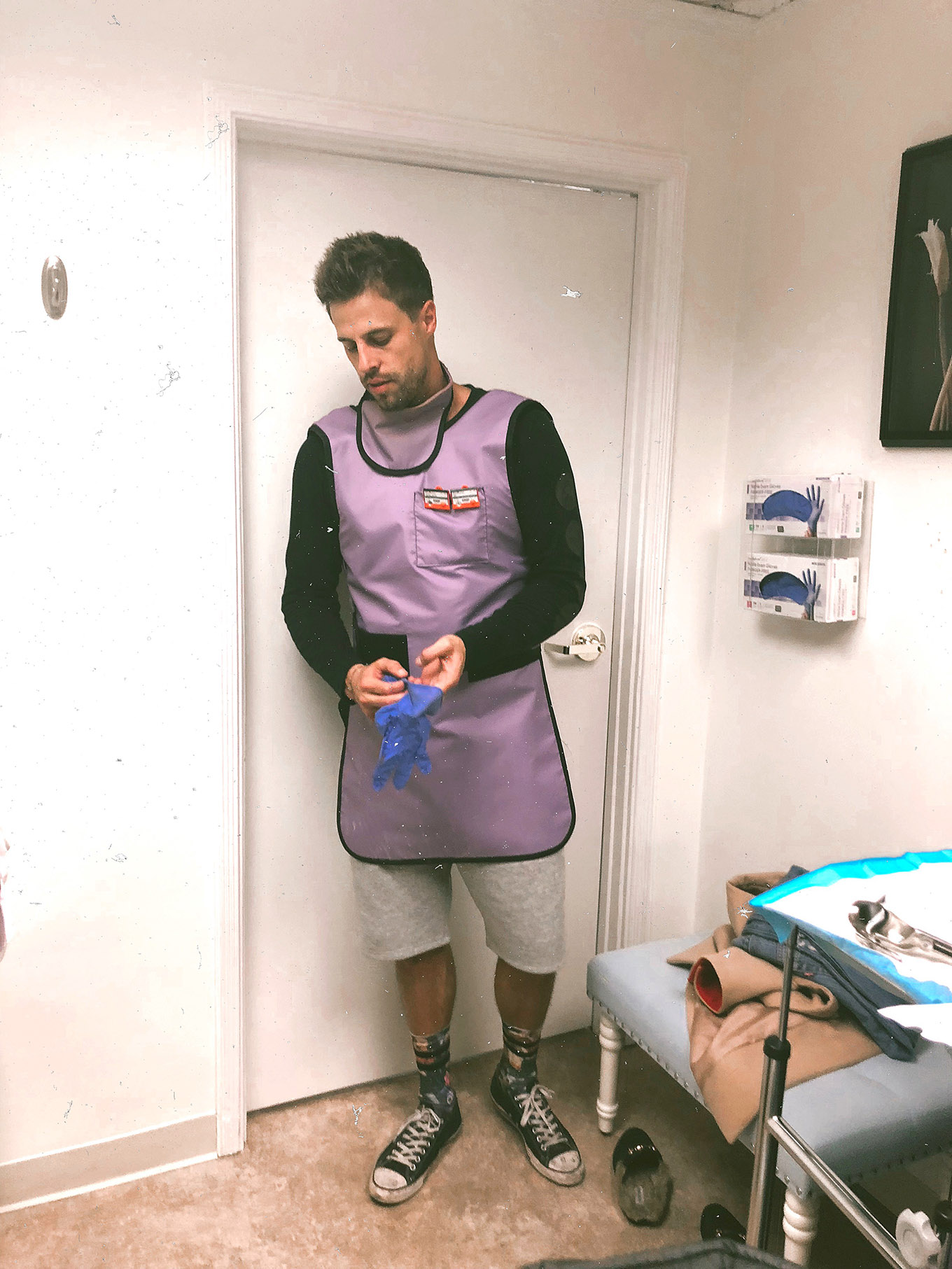 (Cody here with me to hold my hand during the HSG test. He’s always really good with making me laugh in situations I’m nervous.)

So now we were to “next steps”.  She wanted to put me on Femara – which is really similar to chlomid but more effective for patients with PCOS. She decided we would do 3 months of “timed intercourse” and if we were unsuccessful move to IVF. This is where we are now. I take femara for a certain number of days and then go in to see if I’m creating follicles to ovulate. (sorry I’m probably overly explaining this but here it all is haha) The first month I wasn’t ovulating like I was supposed to, even with the medicine it wasn’t working, I was literally panicking. They have you come in every 2-3 couple days to monitor it, and nothing was changing.  They upped my dose, and between the 2 day gap they check I ovulated and we missed it. They said this RARELY happens, like a 1% chance they miss it, but my body just wasn’t responding. I was so disappointed. We spent so much money and it didn’t work, and it was another month of time. They felt so bad, so they gave us our next month free and here we are on round two.

At the end of last year, my good friend got me a certificate for foot reflexology. If you don’t know much about it, it’s basically the belief that everything in your body your emotions, organs, health, etc is connected to your feet. My grandma who passed away last year taught me about this when I was young. So when my friend got me the certificate I was really excited to go. I told her nothing about us trying to conceive and she hit SOOOO many things going on in my life it was crazy! She talked about how stressed my body was, and asked if we were trying to have a baby and I said yes. She said your body is over worked, and telling you if you don’t make changes in your daily lifestyle, you won’t make room for another child in your life. I was literally sobbing. What’s cool about it is she can work through these things and help release the build up of toxins in your body and adjust your body to “realign”. It’s like going to a masseuse and having them get a knot out out of  your back. She made me aware of so many things I had been holding inside, like that feeling of failure I talked about earlier. And made me realize I’m not failing! I just need to manage my life better. It has helped me with so much this year and I feel such a difference in my mindset. I’ve heard people say acupuncture helps with infertility – I’m just deathly afraid of needles, so I feel like the foot reflexology is a natural alternative similar to that. Who knows if its’ really helping us conceive, but it’s helping me as a person so it’s a win at least in one way 🙂

I’ve realized this has turned into a NOVEL!!! So I’ll wrap up here. If you have more questions leave below and I’ll answer in the next post. I’ve had so many of you suggest so many things, and share your stories, or just words of encouragement and they mean the world. You all really mean so much to me! I’m going to do another post that has a list of all the things people have suggested, I know there’s others out there going through the same thing and I want to share as much as I can. So more to come ❤️❤️ and thanks for reading and all your support.